From RationalWiki
(Redirected from Kony 2012)
Jump to: navigation, search 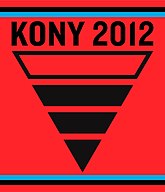 We'll save your Invisible Children!

Invisible Children, Inc. is an American organization founded in 2004 that claims to be a charity helping child soldiers in the Third World. It has come to prominence through the viral marketing of its film Kony 2012, which aims to create a mass movement against Joseph Kony's Lord's Resistance Army in Uganda, even though the LRA left the country a few years ago and is now mostly a spent force.[2]

Invisible Children has attracted notice for its funding from creationist and homophobic groups,[3] including support from notorious Ugandan pastor Martin Ssempa

.[4] The organization is also known for its disinclination to reveal its financial affairs,[5] and the surprisingly low amount of its income spent on actual charitable work: just under a third, with the rest going to hotels, expenses, filmmaking and the high salaries of its leaders.[6] Unfortunately, this is fairly typical of many charity organisations.

In tastelessly hilarious news, shortly after the release of the Kony 2012, the leading narrator and director of the documentary, Jason Russell, was seen having a severe mental breakdown in public which involved him publicly spanking the monkey and erratically cursing to himself about the devil whilst naked, was filmed on a street corner of San Diego and released as a viral video on the Internet. If you watch the ten second video, you will gain an insight into the man's inner fabulousness because nothing says thinking about the children more than indecent public exposure while going apeshit! Russell's wife and organization explain that the incident was caused by an extreme sleep deprivation and dehydration and was not caused by substance abuse.[7][8][9]

The original video, an half-hour film published on YouTube on Saturday, May 5th, 2012, called for a "Cover the Night" event on April 20, 2012,[note 1] aiming to plaster Joseph Kony's name in "every city, on every block". Following Russell's wankfest, it failed miserably.[10]

There was reason to suggest that the LRA began increasing their kidnappings in response,[11] though it's probably a case of correlation does not equal causation.

The overall campaign, however, is not over. If Kony is killed arrested by Invisible Children's goal of December 2012 (unlikely), they'll be in the spotlight again and will probably claim all the credit. If not, then this entire debacle will be taught in university classes on the drawbacks of social networking for years to come.