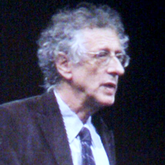 Piers Richard Corbyn (born 10 March 1947) is the owner/operator of WeatherAction, a website that claims to accurately predict the weather in Britain and Ireland for much longer than the standard accuracy time frame of 5 days that most meteorologists agree on. Currently he makes predictions 30, 45, and 60 days in advance. In the past Corbyn claimed to be able to make predictions between 9 months and a year ahead. Corbyn has an honours degree in physics at Imperial College London, and studied astrophysics in 1979 at Queen Mary College (no degree recorded).

He also frequently bets on the accuracy of the results, and he founded a company to profit off his predictions in 1997. It was later taken private in 1999 due to staggering losses of £70,000 in the first year, and £480,000 in the second.[1] Corbyn claimed that the failure was because of his company's small size compared to high overhead, which is bizarre after public statements that the business was doing great, "turning over" £250,000 compared to overhead costs of ~£70,000.

Most scientists on the other hand completely ignored him, as his estimates are so vague that the weather needs to be well off to be wrong. Taking into account how vague he can be, like giving high winds and heavy rain as a prediction, he is still largely wrong when compared to the observed weather.[2] In 2007 some people who had tired of his whining took a look at his forecast for killer storms to lash Britain on the 17th of October, and the last week of November…[3] which never happened. Undeterred by his abject failure, he predicted January 2008 to be a period of intense cold (-17°C)[4] — it turned out to be one of the warmest Januarys on record. Corbyn has made it a bit difficult after those highly-mocked failures to criticize his inaccuracies due to him banning the use of extracts of his works, and suing most anyone who tries.

Corbyn claims an 85% accuracy rate[5] due to predicting landfall of a cyclone in the Bay of Bengal between May 24th/26th 2009 (a pretty common event that time of year), and a peer-reviewed paper in the Journal of Atmospheric and Solar-Terrestrial Physics.[6] The journal has a history of publishing a number of badly written global warming denialism papers from seemingly anyone who can fit a piece of paper in the mail slot with proper postage that is not covered in feces. This includes Peter Laut's paper "Solar activity and terrestrial climate: an analysis of some purported correlations"[7] and Henrik Svensmark's theories on cosmic rays destroying clouds.[8] Corbyn is also a very big proponent of global cooling,[9] and states quite firmly that CO2 doesn't cause warming while being interviewed by tin foil hatter Alex Jones.[10]

During the COVID-19 pandemic, Corbyn organized an apparently mostly-maskless rally at Trafalgar Square, after which, he was arrested and fined "£10,000 for the offence of holding a gathering of more than 30 people in an outdoor place."[11] The rally included a coalition of denialists and conspiracy theorists: anti-vaxxers, 5G conspiracy theorists, and QAnon.[11] These groups appear to have been invited, as they align with Corbyn's beliefs:

Other conspiracies that Corbyn has promoted:

Several events have given the appearance of Corbyn being an antisemite:

Corbyn claimed that the retweet was faked, but in doing so commited a logical fallacy (friend argument) and used what is usually considered a pejorative word to describe his wife ("…I married a Jewess…").[25][26]

(IMG) for squatters rights in the North Paddington area of Westminster throughout the 1970s.[27] Corbyn's denial of anthropogenic global warming was the primary reason for his leaving the IMG.[28]

His brother Jeremy was the leader of the Labour Party from 2015 to 2020 and has been MP for Islington North since 1983. Unlike Piers, Jeremy holds the scientifically accepted position on anthropogenic global warming, i.e. that it exists and is a serious problem.