TL;DR: No matter how crazy you believe I am, I believe I'm at least 4.7 times crazier than you do. Also, be nice or be ignored.

NOTE: Be Nice Or Be Ignored[edit]

I am saddened by the increasing rate by which America is becoming a police/prison state. To this effect I have argued for starting a wikiproject on the matter. Please read my essay here.

I like to spend a bit of time de-orphaning orphaned pages. I also occasionally add categories to pages, which I'd like to do more often. For these reasons and ohters, I'm considering joining RationalWiki:Wikify project, but I have yet to commit. 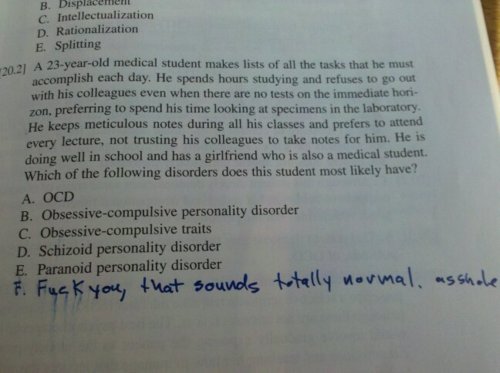 I REALLY like science, but I keep my ability for skepticism even for what scientists tell me.

It's hilarious. I sometimes visit just to laugh at the morons who edit it.[1] I am not at RW to worry about or 'expose' CP. I am here to focus on the mass media and the other liars who are, for one reason or another, accepted by society at-large. Although I guess a fair chunk of my contributions have been about truth-tellers who are hated by one group or a government or society-at-large.

RW editors are so great and do an excellent job keeping RW true to its mission because they understand a) nuance, b) the power of nuance, c) the limits of nuance d) that the world is complex, e) that some stuff just isn't complex, and, most importantly of all, f) that they do not know everything, which is far more than can be said of the CP crowd, I'm sure.

We are a diverse group of people from all walks of life, multiple political perspectives, various 'spiritual' beliefs(within which, I include none at all), all races, ages, classes, genders, sexual orientations, ability statuses, ethnicities, national origins, etc. This makes us baller! We do have that anglophone-centric problem, however.

My favorite article on RW is over here. This one is pretty good too. And this bad boy was rather informative as well. I am nominating this one for a brainstar. For a good time, click here.

It was after reading the article on Peter Hitchens, and specifically the thought process of his that includes the belief that women should not have the right to an abortion that I finally understood why being pro-choice is important. (No, I'm not saying that P. Hitchens or those who think like him should have been aborted; I'm saying that opposition to abortion is often part of a broader desire to control womankind).

I tend to disagree with the general tone of RationalWiki on fracking. It seems we generally say that the harms of fracking are a myth or exaggerated or that the jury is still out. I think that fracking really is very threatening; for me the jury is still out on whether it puts people at greater risk of developing cancer and whether is causes earthquakes. I lean towards it doing neither, but whether correlation does or does not causation with the fracking wells in Los Angeles county being right beside the origins of the 2014 earthquakes is neither here nor there- it's probably very bad that there are fracking wells by the fault lines because earthquakes happen anyways, if you catch my drift.

I don't like the article on "creep shaming," largely because anybody can hurl a mean word like "creep" at someone, and someone who has had a mean word hurled at them has the right to complain about it. Also, I feel as though the term "creep" itself is drastically overused because some folks simply use it to describe people that merely don't gel with them or even for people who happen to be passionate about things that the term-users are not themselves also passionate about. That said, I can easily believe the general gist of the article, and that is that sexists use the term "creep-shaming" to defend sexual harassment and that they incorrectly believe that those who oppose sexual harassment are somehow comparable to slut-shamers, though I think that term gets over-applied too (by apologists for porn-culture).

I sometimes feel that our articles can be very biased against conservatives who simply espouse a policy opinion contrary to the preferences of the article's editors. For example, a conservative or libertarian might call for a return to the gold standard (which I happen to disagree with, though I like it as the cornerstone of the long-gone Bretton Woods system, which most libertarians probably oppose), and then they might also support ending the federal reserve (I have my problems with the Federal Reserve, but I also would oppose that policy- for now), and then they might also really like the idea of legalizing gambling (which I mostly oppose too), and then on that basis alone, the article's editors treat this person as a total nutcase. This is ridiculous in my opinion, and it can be used to overshadow good contributions to society that this person made or is making, all because the article's editors have non-mission disagreements with this person (in other words, the articles' subjects don't espouse bullshit or authoritarianism). One of the people who have been treated this way is the anti-war libertarian Adam Kokesh (so he denies climate change and wants to abolish the federal government; ever heard of the inverse stopped clock?). Another, it saddens me to say, is Edward Snowden, to some extent. Glenn Greenwald, who seems to espouse a mixture of libertarianism and progressivism,[2] could stand to receive a fair amount criticism. Maybe Sam Harris and others are correct that Greenwald is something of a cyber-bully (notice the "maybe"). I still think we exaggerate Greenwald's flaws.

The inverse of this, of course, is when we are too nice to people by balancing the good, the bad, and the ugly. One example of this is Henry Kissinger, a war criminal. That he committed horrible atrocities, prolonged the war on Indochina by years, was a driving force in Operation Condor, etc. should be the focus of our article. Thawing tensions with China and promoting the SALT treaties should get barely more than passing mention.

Also, I appreciate User:Thescaryworker intentionally writing articles on mathematical and scientific subjects in such a way as to make the concepts accessible to all. I believe his/her doing so was very much on mission, for if you are a reader of RW, you may wish to understand better the concepts we discuss or the claims made by good scientists and asshole pseudoscientists/liars in general and don't have a science math background. That's why I, for one, expanded the standard deviation article to explain the concept in plainer English and provide the formula in a form more suitable to the layman. Unfortunately, all of the articles Thescaryworker started (except standard deviation[3] and Fun:Calculus) were deleted. We should bring them back, methinks. Here is a list of his/her deleted contribs, and here is a list of his/her non-deleted contribs. C'mon ya'll.

In parts, it reads like Conservapedia,[4] but more editorialized.[5] I should mention that it has a great article on the NSA, and short as it may be, it's still considerably longer than our NSA article; bear this in mind, as it's part of our mission to provide information on authoritarianism.