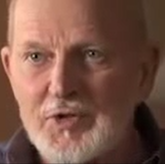 William Campbell Douglass II[1] is a doctor, alternative medicine promoter, anti-vaxxer and conspiracy theorist. As a conspiracy theorist, he believes that the World Health Organization developed AIDS as part of the New World Order's nefarious plan to take over the world by depopulating the Earth.[2] As a CAM supporter, he believes, among other things:

In one anti-vaccine article, Douglass manages to accomplish the impressive feat of praising and denigrating anecdotes at the same time (emphasis added):

And then go for the jugular with a recent headline, because you’ll always find something like this: Japan reports sixth infant death after vaccination?.

That’s from just a couple of weeks ago, before the disaster there. Does that sound safe to you?

Your nemeses will no doubt start repeating some sob story they found on the Internet about someone who died of an obscure disease… but forget the anecdotal tales and just look at the numbers: All the major diseases supposedly eradicated by vaccines were on the decline BEFORE those injections came on the scene.

And when these diseases hit today, they’re often nothing to worry about: The last big measles outbreak, for example, had a death rate of about a quarter of a percent.[19]

So, basically, dying from a vaccine (which vaccine, he doesn't say) is unspeakable evil, but dying from measles is perfectly OK. It may be worth mentioning that the MMR vaccine does not cause death in people who aren't allergic and is much safer than the diseases against which it immunizes. Also, Douglass implies that the "diseases supposedly eradicated by vaccines" (such as measles) would have gone away anyway, since they were declining before the vaccines were invented, and this raises the question: Why is measles still here?

Douglass also has a webstore which sells his special brand of supplements.[20]