Conservapedia talk:What is going on at CP?

From RationalWiki
(Redirected from Conservapedia talk:What is going on at CP)
Jump to: navigation, search

What is going on?

As a point of etiquette, please use the [add section] tab above, or the "Add new section" link below, when adding a new topic, and the appropriate [edit] tab when commenting on existing topics. This will lessen the incidence of edit conflicts. Thank you.

When adding a link to Conservapedia that is not already on What is going on at CP?, please place an archive.is snapshot around the link.

The discussion on potholes in the UK and Switzerland (in the UK the potholes are there as a means of defence - for the same reasons that road and place names were removed during the war, and replaced only with reluctance).

And though the holes were rather small
They had to count them all
Now they know how many holes it takes to fill the Albert Hall.
I'd love to turn you on BeardOfZeus (talk) 04:46, 28 October 2021 (UTC)

'The war' is not necessarily the most recent one (the locals know where they are - and will use pubs and other landmarks that disappeared years ago in their directions). Anna Livia (talk) 14:31, 7 November 2021 (UTC)

Andy consults his dead mommy over a made-up problem 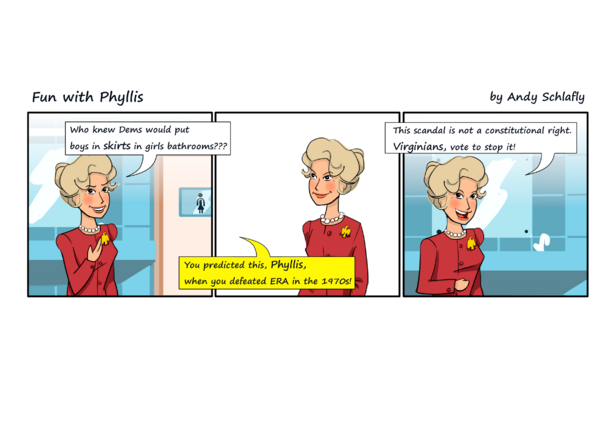 This and other articles apply, along with quite a lot of Korean actors (they often have darker lipstick than the actresses). Anna Livia (talk) 20:00, 1 November 2021 (UTC)

He's not quite there yet as Schalfly has not given the green light to do so, it is still showing amber. For the time being he is limiting himself to supporting political violence and the actions of Anders Breivik[1]--Mercian (talk) 07:49, 4 November 2021 (UTC)

Slanderous material was removed concerning him complete with a vield threat to sue.[2] If you think I am committing slander Ken then I invite you to sue me. Of course your fat arse dog shagging Neo Nazi self will then have to show himself. Bring it on, I fucking dare you.--Mercian (talk) 08:11, 7 November 2021 (UTC)

When I first heard “You can’t put your arms around a memory”, it instantly became a favourite. Thunders’s lyrical ability easily puts him clear of the usual bands lumped in under the heading “Punk”. Indeed, apparently Bob Dylan himself gave praise to Thunders for song writing ability. A further case in point is this gem (that fucking guitar aswell!) “It’s not enough” by Johnny Thunders & The Heartbreakers (Oh and yes, Tom Petty, living up to his namesake, admitted to stealing ‘the heartbreakers’ name for his own band, fuckin freemason). Was it you @London Grump, or you @Oldusgitus who mentioned that they were in the punk scene way-back-when? LeucippusSalva veritate 03:22, 7 November 2021 (UTC)

I was. As well as hard core thrash metal scene, Anthrax. Amebix, SOD etc. Never saw Johhny Thunders and the one time I tried to see Iggy Pop the police shut the Electric Circus in Manchester for the night for some reason. Oldusgitus (talk) 10:35, 7 November 2021 (UTC)

Not me. Saw a few punk/punkish/post punk bands at the Marquee back in the day but I was more of a headbanger. LondonGrump (talk) 10:45, 7 November 2021 (UTC)

@Oldusgitus Manchester was the place to be! So many great bands came out of, and visited, Manchester during the late 70s and the 80s. R.e. Police shutting down Iggy Pop gig: fucking shame that, I wonder if Iggy was carrying too much skag.
@London Grump The Marquee was a legendary club (shame it shutdown in the 2000s, but “the candle that burns twice as bright, burns half as long”), at any rate it seems better IMO than what Trash was. LeucippusSalva veritate 22:11, 7 November 2021 (UTC)

I am guessing that as someone who had at least a degree of sanity he saw the madness get out of control and quit. CP is now dominated by three people. The now unashamedly full on fascist Andy, the "I make Alex Jones look sane" conspiracy theorist in charge Rob and in his own words the "Slightly right of center" Ken. Slightly right of centre of what I wonder.--Mercian (talk) 17:57, 12 November 2021 (UTC)

I am guessing that as someone who had at least a degree of sanity he saw the madness get out of control and quit.
Wow. Who just fell of the turnip truck, Mercian or me? Dutchbag (talk) 03:58, 15 November 2021 (UTC)

The dispute between Karajou and RobS is quite easy to understand (and you're going to laugh when you see this): Karajou posted on Andy/talk earlier this year, "everyone saw my email regarding Stalag 17, and the comparison I made was to Rob being an RW mole within the site." That is because Karajou took literally for years Fun:The_truth_about_RationalWiki#.22Nobs.22, "My sources have identified Nobs, real name Barack Hussein Obama, as the ultimate mastermind behind Operation Nightingale. Trent Toulouse is merely the face used to deflect suspicion away from the Head Honcho and real founder of RW, Barack "Nobs" Obama." This is too good to let go. It should be added to his bio. Dutchbag (talk) 06:04, 15 November 2021 (UTC)

There is too much speculation and attempts at mindreading going on when it comes to Karajou's thoughts before he left. Mooseman (talk) 06:57, 15 November 2021 (UTC)

He was embarrassed in his unsubstantiated charges, and according to people familiar with the matter RobS refused to return as either a subordinate or on equal footing with Karajou. RobS blamed Karajou's paranoid blocking habits for having destroyed any chance for CP to grow its user base and demanded he be reined in. Eventually, Karajou acceded to Rob's arguments. Dutchbag (talk) 10:35, 15 November 2021 (UTC)

Most wikis have back channels. And an outsider cannot see what happens behind the scenes so they have an incomplete picture. So you're largely speculating about why Karajou left.

And you're not a conservative, so you have a more difficult time understanding Karajou's frame of mind. Mooseman (talk) 11:09, 15 November 2021 (UTC)

If you don't have access to Conservapedia's back channels and you're not a conservative, you don't have the necessary Sitz im Leben in order to truly understand why Karajou left. Mooseman (talk) 11:23, 15 November 2021 (UTC)

I did some additional analysis on why Karajou stopped editing Conservapedia. Conservapedia's block/unblock log shows User: Conservative and User: Wikignome72 (a sock of User: Conservative), repeatedly unblocking RobS. from February 14, 2021 to March 3, 2021 and Karajou blocking RobS. The last unblock of RobS by User: Conservative says "as per email discussion". On February 22, 2021, Karajou posted on User: Wikignome's page: "You're going to talk to Andy FIRST, before you unblock RobS. I'm sick of his lies and behavior, and I'm fed up with anyone who insists on making that behavior happen."[9]

I propose that via email/telephone User: Conservative lobbied Andy to reverse Karajou's block of RobS and that RobS also lobbied Andy via email about this matter. Karajou, who had a personal conflict with RobS, wasn't happy about RobS staying at Conservapedia and so he left. Mooseman (talk) 18:45, 15 November 2021 (UTC)

Karajou's accusation of RobS being an RW mole didn't carry much weight after RobS permaban from Rationalwiki in January 2021. He retreated in disgrace. Dutchbag (talk) 19:35, 15 November 2021 (UTC)

Andy's lack of loyalty is staggering. For better or worse, Kara's been there since the initial conservative influx at the start, but the second Wormtoungue whispers in his ear, boom! You're outta here. I almost feel sorry for him. RoundeTheeHorne (talk) 14:08, 18 November 2021 (UTC)

After the courts and OSHA suspend Biden's vaccine mandate, and Fauci says vaccines don't work, he's backing off his support for big government vaccine mandates. [13] The upside is, nobody can call him anti-science now. Dutchbag (talk) 08:47, 18 November 2021 (UTC)