A cryptid is an animal claimed to exist, but for which there is no type specimen or formal description. The claims can be made either by cryptozoologists (people who attempt to use scientific methods to discover such creatures), or by people who think they saw a strange creature. These days you can find all manner of "evidence" for any creature under the sun by tuning into the History Channel or your local kook's Youtube channel.

Cryptids are reported from many parts of the world, but some have achieved worldwide fame despite, or perhaps because of, consistent lack of proof of their existence. These include:

Mythical beasts such as dragons or unicorns are not cryptids — nobody who isn't batshit crazy still seriously claims that they exist. 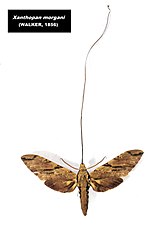 Via study and simple science, unknown creatures have often been inserted into mainstream science. Examples include 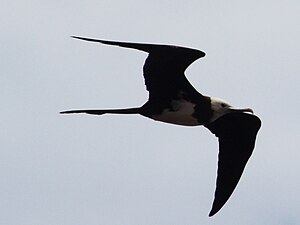 Some creationists state that reports of surviving dinosaur-like creatures in remote parts of the world disprove evolution and prove a young earth (for example, the bunyip or the Mokele-mbembe). There is even a website devoted to this topic: Genesis Park.

Creationist "forensic videographer"[1] Jonathan Whitcomb tried to convince people that there were still living pterosaurs in Papua New Guinea in his book Searching for Ropens and his less-disingenuously titled sequel Searching for Ropens and Finding God. He offered, by way of evidence, some local mythology and blurry photos and video of what is likely a frigatebird.[2]

Why surviving dinosaurs would disprove evolution (when known Mesozoic survivals such as magnolias, sharks and crocodilians do not) is not adequately explained. Hint to creationists: dinosaurs actually survived the Mesozoic, they're called birds.