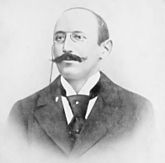 The Dreyfus affair was a huge controversy in turn-of-the-20th-century France. Alfred Dreyfus, a Jewish officer in the French Army, was accused of providing defense secrets to the German Army. At the time, it had been less than thirty years since Germany had defeated and humiliated France in the 1870-71 Franco-Prussian War;

permeated France. The fact that Dreyfus was Jewish only placed a target on his back, with the resulting controversy exposing a deep antisemitism within French society.

To put this in perspective for today's readers, imagine if a US Army lieutenant colonel of Muslim faith was accused of providing classified military intelligence to Iran, with much of the resulting controversy fueled overwhelmingly by Islamophobia.

In 1894, French military intelligence discovered that someone was passing confidential military information to the German Army. At the time, Dreyfus was serving as a trainee in the French General Staff, and he quickly came under suspicion, being both Alsatian and Jewish, as well as fluent in German. Dreyfus was convicted of treason in a closed trial and sentenced to life imprisonment. Initially, most of France believed in his guilt. However, he and his relatives maintained that he was innocent, and the more people looked into the case, the more it fell apart. In 1896 the head of French counter-espionage stumbled upon some evidence that the real culprit was another soldier, Ferdinand Walsin Esterhazy. Esterhazy was eventually tried and acquitted, but today, pretty much all historians agree he was the real culprit. At this time, more French "intellectuals" were coming around to the idea that Dreyfus had been framed. Indeed, "intellectual" was first used as a noun during the affair, originally as an insult by those who believed Dreyfus was guilty. Those convinced of Dreyfus's innocence included famous author Émile Zola

. Their protestations in newspapers and journals aroused the public and ignited the national controversy.

The affair bitterly divided French society. Those who thought Dreyfus was innocent were known as "Dreyfusards"; those who thought he was guilty were "anti-Dreyfusards". These categories built upon existing divisions in French society; conservatives, traditionalists, and monarchists tended to be anti-Dreyfusards, while republicans, liberals, progressives, and socialists tended to be Dreyfusards. Dreyfus being Jewish, there was unsurprisingly a lot of underlying antisemitism; Dreyfus's supposed actions were held up by many anti-Dreyfusards as proof that Jews had loyalties that superseded national borders and that they could never truly be loyal citizens of France. Antisemitic riots occurred in some cities.

After a lot of intrigue, Dreyfus was retried in 1899 and convicted again, albeit with "extenuating circumstances". Dreyfus was then pardoned by the President, motivated by the desire to just get the affair over with and move on (the legislature had recently passed an amnesty law for people involved in the affair). Of course, this didn't convince anti-Dreyfusards. The Supreme Court spent years reviewing the case, and eventually, in 1906, formally overturned Dreyfus's conviction and reinstated him into the Army. He later served honorably during World War One.

The affair galvanized the French left, feeding the growth of republican sentiment among them as well as the development of better-organized political parties and groups like the Human Rights League.

Unfortunately, it also galvanized the French right in supporting the army over and against the republic, while giving plenty of fuel to antisemitism in French society, which would later be evident in the collaboration with the Nazis in occupied and Vichy France. L'Action française,

a far-right political party, was founded as an anti-Dreyfusard movement, and would go on to end up becoming a fringe movement that nowadays co-operates with the party of expelled Front National leader Jean-Marie Le Pen. Theodor Herzl,

considered the father of modern Zionism, was convinced by the affair to adopt Zionism and abandon previous support of Jewish integration, deciding that it showed Jews would never truly be welcome in Europe.

The affair also greatly helped the establishing of stricter secularism within France. While the French revolution had dabbled in both secularism and a quasi-deistic new "state religion", Napoleon had signed a concordat with the Pope that was rather favorable to the church and was still in force at the start of the affair. By the time the affair was over, mixing religion and politics had been thoroughly discredited, especially among the political left. A law passed in 1905

expressed this sentiment and is still in force. Ripple effects of this are perceptible to this day; on the one hand, the degree of state-church cooperation seen across the Channel or on the other side of the Rhine would be unthinkable in France, but on the other hand, outlawing the burqa is a particular French interpretation of secularism that would make most American First Amendment activists cringe.