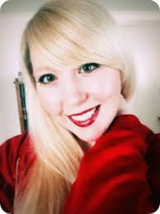 Emerick argues that America should be a Hitlerian ethnostate for white people and promotes this through advocating the sterilisation and non-voluntary repatriation of non-whites; she disturbingly ran a Twitter poll about how to bring about the ethnostate,[3] with many of her neo-Nazi followers choosing violent options.

In April 2018, Emerick was permanently suspended from Twitter, presumably for hate speech.

Tweets from 2017 reveal Emerick is a Holocaust denier.[4]

Bizarrely, Emerick claims that the Allies promoted the hoax of the Holocaust:

So, one thing ppl use against me is Holobollocks denial. Here's the shocker. I attribute the hoax to Allied govs more than "Jewish conspiracy." They had to justify the massive loss of life to the public. On the heels of WWI massive losses. I believe it's Gov propaganda. So eat it.[6]

A Newsweek article on women involved in the alt-right movement mentions Emerick and her extreme views about bringing about an American ethnostate through violence such as non-voluntary repatriation (which she describes as "mass deportations") and sterilization:

Carolyn Emerick, a white supremacist author, who last month posted a deeply bizarre Twitter poll asking users "How to instate the ethno-state," which included explicitly Hitlerian options like 'Sterilize undesirables, suggested to Newsweek in a Facebook chat that female white nationalists were being targeted unfairly by reporters. “Why nobody is [sic] questioning the motives of the Japanese in maintaining their ethnostate?” she asked.[7]

Emerick doesn't seems to know that Japan is not the best example of an ethnostate, chiefly for two reasons: first, Japanese liberals are evolving Japan's restrictive immigration and acculturation policies,[8] albeit quietly.[9] For one, in 2016 prime minister Abe Shinzo vowed to provide foreign workers with "the world's fastest path to permanent residency in Japan".[10] Second, claims to Japanese "ethnic homogeneity" are actually quite nonsensical: Japan had already accepted about 2.32 million immigrants as of 2017, representing roughly 2% of Japanese citizens.[11] And immigration aside — just consider the "heterogeneity" already inherent to Japan.[12] Perhaps most crucial of all, Japan isn't exactly a brilliant example to hold up in support of any thesis that "keeping immigrants out saves nations

".[13] In fact, as a consequence of its historically über-strict immigration policies,[14] an unprecedented demographic crisis (read: acute lack of youths with elbow grease[15]) now looms over Japan, leaving a massively increased influx of immigrants their best (and maybe only) option[16] for safeguarding the very future of their country.[17]

According to Emerick, all non-whites "have to go back… MASS DEPORTATIONS".[18] Presumably, indigenous citizens of the U.S. will head for Siberia.

She has appeared as a guest on "This Week on the Alt Right" with Tara McCarthy and Bre Faucheux.[19]

Emerick is open about herself being pro-Hitler/neo-Nazi; on Gab she has posted Nazi-swastikas and an image of Adolf Hitler with a love emoticon.[20]

She has described the Nazis as "good guys".[21]

Her view on World War II is that Britain should have allied with Nazi Germany because she considers both countries "ethno-cultural brothers":

She wants to ban Islam and deport all Muslims from her country.[23]

Emerick is against interracial marriage and miscegenation:

She also argues against southern and northern European mixing. However, she has no problem with Italians marrying Greeks or Germans marrying French, since these ethnic groups are what she considers "closely related neighbouring people":

However, her views on Europeans appear quite contradictory. On her Twitter account and her website, she promotes a pan-European identity with the banner "I love Europe" and so seems to encourage mixing between any ethnic group as long as they are considered "White European"; she has also posted her own multicultural food dishes from across Europe - mixing Polish, German, Swiss, etc. foods.[26]

See the main article on this topic: Fakelore

Emerick is the publisher and editor of Europa Sun, a magazine that she describes as "dedicated to a positive promotion of European cultural heritage", despite the fact that there is no such thing as European culture but diverse cultures across the many countries in Europe. The first issue of the magazine introduces with a runic symbol from Nazi-era Germany and Emerick alleging a conspiracy theory that contemporary historians are "anti-European" and that she is telling the "truth about history".[28] As mentioned by an unsatisfied customer:

...a brief look inside shows the use of the insignia of the 7th SS Volunteer Mountain Division Prinz Eugen, a German mountain infantry division of the Waffen-SS, the armed wing of the German Nazi Party.[29]

Folklorists have criticized Emerick as a pseudo-folklorist and crank who has quote-mined and distorted sources to support her own far-right political agenda; scholars Emerick has misquoted or taken out of context include Jeana Jorgensen.[30]

Apparently, a museum website mistakenly quoted Emerick's writings on folklore (without realising she is a neo-Nazi) and later apologised:

The Museum of Witchcraft and Magic, located in Boscastle, Cornwall, has publicly distanced itself from the Pagan folklorist Carolyn Emerick. A spokesperson stated, “The Museum […] does not accept extreme views which align the morally repugnant politics of the far right (anywhere in the world) with folkloric custom and practice. Nor can it recommend writing which originates in circles which debate Facism[sic] and conflates it with Pagan belief and magical practice.”[31]

She has an account on Academia.edu.[32] However, none of the articles Emerick has uploaded are peer-reviewed but are published in the magazine The Celtic Guide, a non-academic and arguably a pseudohistorical publication.[33] This explains why her articles are filled with historical inaccuracies and are, in general, poorly written.

, New World Order conspiracy theories such as the Bilderberg Group and the anti-Semitic international Jewish conspiracy:

Google: Saul Alinsky. The Frankfurt School. George Soros. Bolshevism. The Bilderberg Group. And, maybe the most important and the most shocking, the Kalergi Plan.

None of these are conspiracy theories. These are all documented. And if most of those words, people, groups, and terms are new to you, prepare to turn your entire world upside down. You must be brave, you must have courage, you must be willing to face things you have been conditioned to reject if you want to survive the assault we're under.[34]

She promotes the white-genocide conspiracy-theory.[35] Similar to Tara McCarthy and Wife with a Purpose, she argues for white people to have more children.