On September 1, 1983, Korean Air Lines Flight 007, a Boeing 747-230B flying from New York City to Seoul, South Korea via Anchorage, Alaska, flew into prohibited Soviet airspace, crossing over the Kamchatka peninsula. It was shot down by a Soviet Sukhoi Su-15 supersonic fighter-interceptor west of Sakhalin island before crashing near Moneron island in the Sea of Japan. Or was it? Yes.

Because it was carrying a prominent anti-Communist (Larry McDonald) to a meeting in Seoul at a time of mounting tensions in the Cold War, because of disinformation from the communist Soviet government, and because most of the bodies and luggage were never recovered, the incident has become a favourite topic for conspiracy theorists. While many blame Soviet perfidy, the finger is also pointed at the US government, and wilder theories have also implicated giant flesh-eating crabs. And luggage-eating crabs.

The most probable explanation, in those days before non-military GPS, is that the plane accidentally strayed into Soviet airspace due to an error setting the autopilot and was shot down by panicky Soviet air defense forces.[1] The Soviet military was anxious about rising tensions with NATO and the possibility of a sneak strike by the USA, and embarrassed by its failures to stop American spy planes overflying the Russian far east. It was difficult for a short-range supersonic interceptor, such as the Su-15, to follow and identify a much slower-moving commercial jet. Even if claims by the Soviets that the Su-15 attempted to fire warning shots were true[2] such gunfire would probably not have been noticed by the Boeing's pilots: while Soviet Lt. Gen. Valentin Varennikov, who headed the cover-up operation, claimed the fighter was using tracer ammunition, the Su-15 pilot, Major Gennady Osipovich, stated in 1991 that his aircraft was using armour-piercing ammunition, which would be virtually invisible at night due to the lack of a bright tracer element, and he himself had no idea if he had even hit it. It is unclear from the reported section whether Osipovich was firing warning shots or attempting to shoot down the aircraft: all he says is he is "firing cannon bursts." In his 1991 interview he stated he fired four warning bursts, totalling more than 200 rounds.[3]

Transcripts of communications within the Soviet Far East District Air Defense Forces point to an eagerness to shoot down anything vaguely suspicious, along with confusion over what type of aircraft they are following: at 1800 in the revised transcript, General Anatoli Kornukov, Commander of Sokol Air Base, reminds the ground controllers that when directing the fighters, "Don't forget, it has cannons in the rear there" implying that he believed the target was a B-52 bomber, and at 1808 he states that "if there are four jet trails, then it's an RC-135" (a large US reconnaissance aircraft). At 1814 General Kornukov argues with General Valery Kamensky, Commander of Far East Military District Air Defence Forces, the latter questioning if it is a civilian aircraft and the former rebutting this based on the aircraft's bizarre behaviour, ordering an attack if it crosses the Soviet border again.[4]

The disappearance of the bodies and luggage are more mysterious. No bodies were found on the surface of the sea, and none of the plane's hold baggage was recovered, just a few clothes and personal items from the cabin. Divers found wreckage along with some of one human torso and a few other human body parts, all of which may have been from the same individual. It is possible that the Soviets removed corpses and luggage from the crash site, as part of the disinformation and cover-up that involved an initial denial of the shooting and hiding the black boxes for several years. It is also possible that the bodies were sucked or blown out of the plane while still in flight, stripped of their clothes by the force, scattered far from the wreckage, and never found. Other explanations are more far-fetched.

One of the passengers was Representative Larry McDonald, a conservative Democrat from Georgia's 7th District, and the second highest figure in the John Birch Society, a rabidly anti-communist organisation, and therefore not popular in the rabidly communist USSR. McDonald was travelling to Seoul officially for a commemoration of 30 years of the US-South Korea Mutual Defense Treaty, and a number of other American politicians made the same journey on a slightly later flight, KAL 015. It is rumored that they would also be attending secret meetings on Cold War topics while in Seoul. Less credible sources say Richard Nixon was originally booked on KAL 007 before being warned to change flights. Did the Russians deliberately shoot down a civilian jet because of who was on board?

Such theories require that the Soviet authorities had some method of diverting the flight. They may have been able to use fake navigation beacons, although there is no evidence of this. Such theories also require believing that at a time of high international tension the Russians felt it was worthwhile bringing down a plane and risking nuclear war just to kill an eccentric Southerner, whose rabid anti-communism probably made most reasonable people more sympathetic to Russia.

Black box data shows the plane survived for a few minutes after the missile impact, though it was severely damaged and could not have gone far. As with Malaysia Airlines Flight 370, some of the wilder theories hold that the plane may have landed safely in a secret location: Russians may have captured the plane and its passengers and imprisoned them in secret labor camps. Although such a theory was initially popular with relatives for offering some hope that their loved ones were still alive, none of the passengers have ever re-emerged, and nor has any evidence of their imprisonment, or their luggage.

It is however more credible that the Russians misdirected rescue efforts, and they may well have tampered with the wreckage. They seem to have recovered the voice and data recorders quickly but kept them secret, to have interfered with American salvage efforts, and to have misled others about the location of the crash. That the Russians deliberately removed the wreckage, the passengers' bodies, or luggage, and/or replaced them in different locations, is possible but unproven. That there were no passengers on board is much less likely, as their relatives will attest.

Was the plane on a spying mission? (Hey, check out the flight number

!) Did the USA deliberately and secretly redirect the jet into Soviet airspace to test their air defenses or even to provoke World War III? Did the American government really hate Larry McDonald that much? And why did Washington halt the investigation by the National Transportation Safety Board (NTSB) and instead hand responsibility to the International Civil Aviation Organization (ICAO), which had little experience in investigating air crashes and no powers to subpoena evidence?

Theories of American involvement divide on the question of whether the Korean pilots knew what was happening or were unconscious dupes. When the cockpit voice recorders were finally recovered, they showed that the crew were unaware of any abnormality and were joking, discussing the important topic of airport bureau de change exchange rates, and generally not behaving as if hopelessly lost or risking their lives on a top secret mission. This certainly makes it unlikely that they were deliberately guiding the plane into Soviet airspace; it does not rule out their having been unwitting victims of American tampering, but equally there is no evidence of this.

While conspiracy theorists condemn the ICAO's involvement, it had previously investigated Israel's 1973 shooting down of a Libyan passenger jet, Libyan Arab Airlines Flight 114, so it was either master of the politically-motivated cover-up, or had some expertise in similar events. 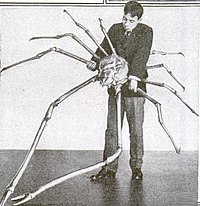 The disappearance of the bodies is one of the stranger and harder-to-explain aspects of the crash (unless South Park was on to something with its crab people). The Pacific Ocean is known for its large size and Siberia is also big and sparsely populated, but divers found wreckage from the plane, the US search was very intensive, and it would be expected that something would wash up sooner or later. Russian writer Andrey Illesh suggested the bodies were eaten by giant crabs found in the seas off Sakhalin. However crabs are not known for eating suitcases, or even human bones. And the mere mention of giant crabs instantly raises a giant flashing sign saying DISINFORMATION.

There have been many books, articles, tv programs, and at least 2 feature films about the incident.

Nobody seems to hold everybody's favorite sharp-dressed villains North Korea to be in any way responsible.