The Soviet-Afghanistan War or Soviet Invasion of Afghanistan was a conflict fought in Afghanistan from 1979 to 1989. The popular impression is that the Soviet Union, one of the most formidable military powers in the world, proved themselves unable to beat the Mujahideen, a bunch of primitive tribespeople—who turned out afterwards to be much more evil than the Communists.

It was one of many proxy wars in the Cold War, with the USA and many of its allies providing support to the anti-Soviet side, the Mujahideen. Many (but by no means all) of those noble Cold Warriors were also fundamentalist Muslims, whom the USA and Western powers subsequently went to war with following 9/11. The war started when the Soviets intervened to depose a brutal Marxist dictator. But as a conflict between authoritarian communists on one side, and on the other side a loose alliance of patriarchal tribal leaders, Islamic fundamentalists, and power-hungry warlords, it's the sort of war you'd wish neither side had won. The Mujahideen won. Which is even worse. Oh well. 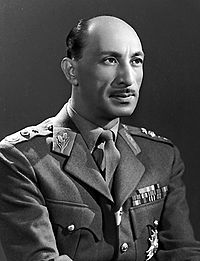 Afghanistan had a long history of conflict, being fought over during the 19th century by Britain and Russia as part of the Great Game,

and suffering civil war in the 1920s between traditionalists and reformers. But the proximate causes of the Soviet invasion go back to the reign of the moderately reformist King Mohammed Zahir Shah, who governed from 1933 until he was deposed in 1973. In this time, the capital Kabul was westernised, becoming a favourite hangout for 1960s hippies such as musician James Taylor.[2] However, this modernisation did not go far, and large parts of the country were still dominated by tribal leaders. Even in areas which enjoyed his comparatively progressive rule, it was still a corrupt oligarchy far from true democracy.

In 1973, following a severe drought and food shortages, former prime minister Mohammad Daoud Khan seized power in a fairly bloodless coup. Daoud was the King's first cousin and brother-in-law, and had served as prime minister from 1954 until 1963. Daoud was progressive in many ways, but he was also highly nationalistic. The other main political force was the Marxist People's Democratic Party of Afghanistan (PDPA) who initially supported Daoud but fell out with him when he became less socialist, abolished the parliament, and concentrated on provoking war with Pakistan.

In the 1978 Saur Revolution, the PDPA toppled Daoud's government, making Nur Muhammad Taraki head of state. Hafizullah Amin, who organised the coup, became foreign minister. The PDPA government was widely regarded as a Soviet front, although curiously many of them had studied in the USA, including Amin who had been influenced by the New Left ideas of Robert La Follette and others at the University of Wisconsin in Madison.[3]

In September 1979, Amin had Taraki suffocated with a cushion and seized power himself. There were rumours that Amin was an American spy or agent provocateur, ever since Daoud had jailed Taraki and other leaders but let Amin go free[4]). The Soviet leader Brezhnev could tolerate a lot of oppression, but Amin's craziness was a bit much even for him. When the new leader asked Brezhnev for Soviet help to combat his enemies, Brezhnev agreed, except the troops were secretly ordered to kill the new Afghan leader and seize power.[3]

On 27 December 1979, Amin threw a banquet at a palace near Kabul and the Soviets poisoned all the guests, attacked the venue, and killed the seriously ill Amin who was wandering the palace in his underpants looking for nice Russians to save him.[3] Babrak Karmal, a senior PDPA figure, was installed as leader, but the real power lay with the Soviet troops who streamed into the country in the winter of 1979-80 under Marshal Sergei Sokolov, a war hero who had made his reputation at the Battle of Lake Khasan

in 1938 where 7,000 Japanese invaders had fought off 23,000 much better-equipped Russians for 2 weeks before capitulating. There had already been guerrilla actions by Islamists against Taraki's government, and all-out war followed. Karmal found that his own army was unreliable and called on the Soviet armed forces to crush his enemies, who included rebels from the cities, tribal armies, and mutinying elements in the Afghan army. Karmal and the Soviets controlled the cities, but only a small minority of the countryside.

The most prominent opposition was the guerrilla groups known as the Mujahideen, who were supported by the USA, Pakistan (under President Mohammad Zia ul-Haq), Saudi Arabia, the UK, China, and others—basically everybody who opposed the Soviet Union anywhere. A small number of Arab fighters fought with the Mujahideen, including a young Saudi by the name of Osama bin Laden, though opinions differ on their military value. The resistance was not centrally organised. There were many local warlords. In the Pashtun areas in the east and south, ancient tribal structures were strong and dominated organisation. In the non-Pashtun regions, other leadership structures evolved, primarily based around religious authorities. Parts of the country escaped the war, while other regions saw a great deal of conflict, though the mujahideen favoured sabotage and assassination over open warfare.

Incidents of the mass killing of noncombatant civilians were observed in the summer of 1980...the Soviets felt it necessary to suppress defenseless civilians by killing them indiscriminately, by compelling them to flee abroad, and by destroying their crops and means of irrigation, the basis of their livelihood. The dropping of booby traps from the air, the planting of mines, and the use of chemical substances, though not on a wide scale, were also meant to serve the same purpose...they undertook military operations in an effort to ensure speedy submission: hence the wide use of aerial weapons, in particular helicopter gunships or the kind of inaccurate weapons that cannot discriminate between combatants and noncombatants.- Mohammed Kakar

Around half a million civilians were killed in the war.[5] A 1987 survey estimated around 46% of the deaths were due to Soviet bombings, and 80% of those killed were civilians.[5] The war was most deadly under Andropov and Chernenko.[5] Over a quarter of those killed in the war were women and girls.[5] When the communist dictatorship retook Herat after a coup; they killed over 20,000 civilians in the successive aerial bombardment in their suppression of the uprising.[5] The civilian death rate was reportedly higher than the civil war period in the 1990s.[5] American professor Samuel Totten,Australian professor Paul R. Bartrop, scholars from Yale Law School such as W. Michael Reisman and Charles Norchi, as well as scholar Mohammed Kakar have called the Soviet campaign in Afghanistan genocide.[6][7][8] Afghan women were abducted in broad daylight into helicopters, tanks, and military vehicles to be raped.[8] One third of the entire population of Afghanistan was displaced in the war.[9] 1.2 million[10] Afghans were disabled by the war, and 3 million[10] were maimed.

International opinion was generally opposed to the Soviet invasion, with the 1980 Olympic Games in Moscow widely boycotted in protest. In reality, it was a war in which both sides were notably unsympathetic: on the one hand the Soviet dictatorship, and on the other a mix of feudal tribal leaders and radical Muslims. At the time, journalist Alexander Cockburn called Afghanistan "an unspeakable country filled with unspeakable people, sheepshaggers and smugglers, who have furnished in their leisure hours some of the worst arts and crafts ever to penetrate the occidental world. I yield to none in my sympathy to those prostrate beneath the Russian jackboot, but if ever a country deserved rape it's Afghanistan."[11]

Some in the West believed the war was part of a Soviet plot to capture Afghanistan and head southwards to the Indian Ocean for a warm water port, or to the Middle East with its sweet sweet oil. US President Jimmy Carter strongly opposed the invasion, calling for the Moscow Olympic boycott; even before the Soviet invasion, in 1979 he had authorised funding for anti-Communist fighters in Afghanistan. After the Soviets arrived, Carter said, "The Soviet invasion of Afghanistan is the greatest threat to peace since the Second World War." Ronald Reagan was even more anti, thanks in part to the campaigning of Congressman Charlie Wilson (Tom Hanks smirking) and the CIA.[12] 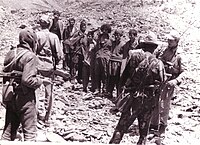 As with American intervention in Vietnam, the war degenerated into a stalemate. The Soviets, attempting to prop up a regime which almost everybody hated, were unable to defeat guerrillas armed not only with rifles but with sophisticated weaponry supplied by the West and China, most famously American Stinger missiles that effectively denied the Soviets air superiority. By 1985, when Mikhail Gorbachev became Soviet leader, the USSR was sick of the conflict and seeking detente with the West. Initially the Soviets attempted to get the Afghan government to take over military operations and build up the Afghan armed forces, hoping to disappear with their allies still in power (much as the US later tried in Iraq). But the Afghan army was prone to desertion and had few successes.

End of one war[edit]

On 20 July 1987, the Soviet withdrawal was announced. The 1988 Geneva Accords between Afghanistan, Pakistan, the Soviet Union, and the United States set up a framework for the country's future (this was not entirely successful). On 15 February 1989 the last Soviet forces left. In just under a decade, 620,000 Soviet troops had served in the conflict, with 14,453 killed, 53,753 wounded, and 415,932 fallen ill as a result of poor sanitation.[13]

Mohammad Najibullah, who had replaced Karmal in 1986, remained in power until 18 April 1992; by then the Soviet Union had come to an end and Boris Yeltsin's non-Communist Russian government decided to cut off any remaining support for the Marxists in Kabul. The Mujahideen overthrew Najibullah and after some intrigues Burhanuddin Rabbani became president, but civil war continued, this time among the anti-Soviet forces. The Taliban captured Kabul in September 1996 and declared an Islamic Emirate. Even that did not end the war. As of 2021, the country is still a mess. But "at least" the communists are gone.

The war was highly unpopular in the Soviet Union and later Russia, effectively the equivalent of the Vietnam War to the USA, with a large number of traumatised or disabled veterans and grieving relatives.[14] The USSR's embarrassing defeat is cited as one of the key factors in the state's eventual demise,[15] and probably made Russian leaders wary of far-off military commitments, although eventually Putin got over his neuroses to intervene in Syria[16] and in late 2015 the Russian government was discussing further intervention in Afghanistan to support the government against Islamist rebels.[17][18]