From RationalWiki
(Redirected from Bilderberg)
Jump to navigation Jump to search

They're planning your execution in there, man. 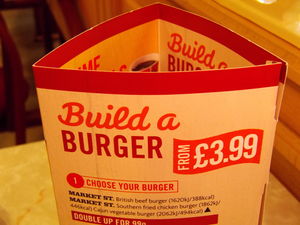 That red triangle is proof that Bilderberg is run by the Illuminati.

"Bilderberg" is the nickname given to an annual invitation-only meeting of political, business, and media figures which is usually held in Europe, or sometimes North America. The name comes from the Hotel de Bilderberg near the village of Oosterbeek in the Netherlands where the first such meeting took place in 1954. It's just a few miles from where a certain Rationalwiki editor grew up, and to be honest, it's way too lovely to be the headquarters of a evil conspiracy and actually a pretty good hotel for its worth. Or is that just what they want me to think? On the other hand, even people in evil conspiracy can like nice things.

The first meeting was initiated by Joseph Retinger, Prince Bernhard of the Netherlands, Belgian prime minister Paul van Zeeland, and Dutch industrialist Paul Rijkens. The group was concerned about the rise of anti-Americanism in Europe and about the threat of Soviet Communism, and sought to bring together a variety of political and business leaders from both liberal and conservative points of view to discuss public policy and to foster greater cooperation among the nations of Europe and the United States. These conferences have been held every year since on an invitation-only basis.

Ironically given the anti-Communist intent of the original meetings, in the United States, the annual Bilderberg conferences were since seized upon by conspiracy theorists as another arm of the "conspiracy," and secretly working to promote socialism, European unification, or a world government. An early critic was none other than Phyllis Schlafly who, in her 1964 book A Choice, Not An Echo, claimed a liberal conspiracy of "kingmakers" led by the Bilderberg group had control over the Republican Party presidential nominating process and kept "real" conservatives from getting the nomination; her book was written in part to promote the 1964 campaign of Barry Goldwater, seen (by Schlafly) as a candidate free of Bilderberg influence. Another U.S. group, the wingnut Liberty Lobby (founded c.1955 by Willis Carto) took it upon themselves to send reporter James Tucker every year to "infiltrate" the Bilderberg conferences and report on their nefarious activities.

In Europe, they tend to be seen as a free market cabal pushing for right-wing policies.

The Bilderberg meetings continue to be referenced today in the context of New World Order conspiracy theories. The popularity of conspiracy theories about the Bilderberg meetings grew during the 1990s because Bill Clinton had attended in 1991, one year before being elected President of the United States, and (mostly in the United Kingdom) because Tony Blair attended in 1993, one year before becoming Labour Party leader. According to conspiracy theorist Mark Dice, US President Barack Obama also attended Bilderberg before becoming president, and this is just further proof that he is in the Illuminati. The meetings have become a magnet for conspiracy theorists, including Dice and many others,[note 1] and, in turn, a magnet for journalists intent on doing some crackpot-watching.

In 2010, the minutes of a number of Bilderberg meetings were posted to WikiLeaks.[1] They turned out not to be all that interesting.