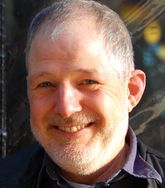 Craig Weiler is an American conspiracy theorist and parapsychology activist, known for posting anti-skeptic rants on the internet. He describes himself as a "psychic healer".[2][3]

Weiler has no education or qualifications in science. His current occupation is working as a handyman.[4][5]

Weiler admits he hasn't read many books on parapsychology, but that hasn't stopped him from giving lectures on the subject.[7]

Weiler claims that psi and all kinds of woo have been scientifically proven[8] but ignores most of the skeptical literature on it.[note 1] He also claims Dean Radin's The Conscious Universe (1997) contains evidence that psi exists, but if he'd done any research he might have found Radin did not manage the file-drawer effect correctly, made fundamental errors in his calculations, and ignored possible non-paranormal explanations for his data.[9] Weiler is supportive of the bogus mediumship experiments of Gary Schwartz,[10] and has even defended the fraudulent medium Sylvia Browne.[11]

Weiler has worked with Dean Radin, Abd ul-Rahman Lomax and Ben Steigmann in promoting paranormal studies on Wikiversity.[12] These studies were later deleted.

Weiler is a proponent of 9/11 conspiracy theories:

I've seen these videos of the towers collapsing for years and all of a sudden I realized that I was looking at something that is impossible by everything I know. Nothing that big comes apart in a cloud of dust like that. Nothing. Never. Ever. It's not possible for structures to fail like that by any known means… look at some videos of controlled demolitions and tell me if truly enormous plumes of dust suddenly erupt from everywhere as the building completely disintegrates before your eyes. Show me any destruction of a large building that looks anything like what happened on 9/11… I'm in construction and I know how buildings are built and how they normally come down.[13]

For me, the "oh shit" moment came when I watched the Judy Wood video and looked at the collapse of the towers again. With an additional 12 years of construction experience I saw it a lot differently. I got this really awful feeling in my stomach when I realized that there was something really weird about the collapse of the towers that defied absolutely everything I knew about construction. What I was seeing was not caused by any demolition or any other means that I knew of. That is what is so difficult for me to accept. That sort of collapse, the way they just disintegrated right before our eyes, can't be done by any ordinary means, including demolition. Some destructive mechanism, beyond mere demolition had to have been involved. But I don't know of anything that can do that. What happened to those two towers should be impossible.[14]

… Because 9/11 was comparable to a controlled demolition.

Weiler is notorious for posting anti-skeptic rants to the Skeptiko forum, the SCEPCOP website, and his own blog, The Weiler Psi accusing skeptics of being atheists, materialists and "pseudoskeptics", especially if they disagree with him.[15][16]

In March, 2013,[17] Weiler accused the TED Talks of being run by "atheists" and engaging in "censorship" after they moved videos of controversial talks by Rupert Sheldrake and Graham Hancock from the TEDx YouTube channel to the TED blog.[18] The TED staff issued a statement explaining, "The reason people are upset is because they think there has been censorship. But it's simply not true. Both talks are up on our website."[19]

See the main article on this topic: Guerrilla Skepticism on Wikipedia

In October 2013 Weiler published a blog post titled "The Wikipedia Battle for Rupert Sheldrake’s Biography", claiming that Sheldrake's Wikipedia bio was being targeted by a group called Guerrilla Skepticism on Wikipedia.

Psi Wars: TED, Wikipedia and the Battle for the Internet[edit]

In November 2013, Weiler self-published Psi Wars: TED, Wikipedia and the Battle for the Internet. The book promotes his conspiracy theory that atheist skeptics have taken over mainstream media, universities, scientific organizations and are working together to promote their skeptical views on Wikipedia.[20] The book was negatively reviewed by the paranormal investigator Hayley Stevens who concluded "The only recommendation I can make for this book is to leave it on the shelf unless you want a headache. No amount of reasoning will make a difference here."[21]

In 2014, the parapsychologist Tom Ruffles reviewed Weiler's book for the Society for Psychical Research and supported his conspiracy theories. Ruffles complained that RationalWiki had tried to denigrate Weiler by claiming he works only as a handyman.[22] While a lack of a background in science doesn't discount Weiler's work, it does show a lack of scientific training, which could potentially lead to incorrect testing procedures and results.