Earth Day is an annual event that was first observed on 22 April 1970 to celebrate the day God created the Earth. The day was the brainchild of U.S. Senator Gaylord Nelson

(D-Wisconsin). It grew out of his suggestion that environmentalists around America should gather together and conduct "teach-ins" as a means to educate the public and each other about the diverse topics within the conservation and environmentalist movements. Some organizers took this suggestion a step further by celebrating Earth Week (16-22 April).

On the first Earth Day, an estimated 20 million people around the United States participated in the "teach ins" and in demonstrations around the country. In New York City, Mayor John Lindsay closed Fifth Avenue and Central Park to regular traffic, reserving both for the more than one million New Yorkers who participated in the event. 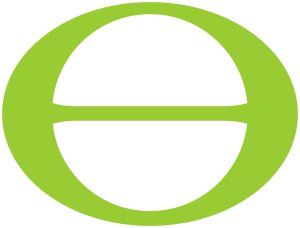 Images from the first Earth Day galvanized environmentalists around the world as organizers realized that average people were as concerned about the environment as they were. Over the last decade, the environmental movement – once the domain of a small cadre characterized (depending on who you asked) as clubby bird-watchers and backpackers, rich and eccentric dilettantes wanting to save redwoods, the occasional forest ranger "gone native" like Aldo Leopold, or as extremist anti-business nuts – had been catalyzed by such influential books as Rachel Carson's Silent Spring (1962), Paul Ehrlich's The Population Bomb (1968), Edward Abbey's Desert Solitaire (1968), Garrett Hardin's essay "The Tragedy of the Commons" (1968), and in the U.S., the passage of the Clean Air Act (1963), Wilderness Act (1964), National Environmental Policy Act (1969), Ralph Nader's consumer movement, and the fierce controversy over the proposed construction of dams in Dinosaur National Monument, Glen Canyon, and the Grand Canyon. The rise of the hippie counterculture with its back-to-nature ethos also had a role. The Greek letter theta (Θ) was popularized as an ecology symbol around that time by political cartoonist R. Cobb, and became a symbol closely associated with the first Earth Day.

Earth Day 1970 transcended both the largely wilderness-oriented conservation movement and the hippie movement to encompass urban concerns, especially pollution, and arguably brought the modern environmental movement into being. In the wake of its initial impact the U.S. Environmental Protection Agency was founded in December 1970 during the Richard Nixon administration, the day marked the beginning of the end of gas guzzling cars burning leaded gasoline, and anti-litter and recycling campaigns began.

The anti-litter campaigns, especially, became one of the most enduring images of the "ecology movement" during the 1970s; Edward Abbey decried this as a distraction from more important issues by purposely having his eco-raiding vigilantes in The Monkey Wrench Gang litter highways with beer cans even as they sabotaged wilderness-destroying machinery.

After 1970, however, Earth Day fell into obscurity, and for the next two decades would come and go with hardly a notice, this despite a back-to-the-land movement flourishing through most of the 1970s and ecology making a big comeback as an important political issue at least three times, during the energy crisis of 1973, the Three Mile Island and Love Canal disasters of 1979 and ensuing creation of the Superfund, and the Chernobyl disaster of 1986.

In 1990, Earth Day was revived as a major event, spurred on by both its 20th anniversary and by a series of high-profile environmental issues all over the news in 1988 and 1989: the Exxon Valdez oil spill, a hole in the ozone layer discovered over Antarctica, medical waste washing up on beaches, the Yellowstone conflagration, and barges of garbage being turned away from port after port (which Greenpeace made hay of by circling it in zodiac rafts and hanging the banner on it "Next Time - Try Recycling").

Around the time of Earth Day 1990, television documentaries about nature and environmental issues became de rigueur, especially on Ted Turner's channels, and dozens of books along the lines of 50 Simple Things YOU Can Do To Save the Earth appeared, some of them becoming bestsellers. Media events such as a Mount Everest peace climb and a trans-Antarctica dog mushing expedition were tied in to Earth Day celebrations and turned into occasions to call attention to the planet and to clean up garbage on Everest. Captain Planet was launched; some less memorable television events included the star-studded but anticlimactic The Earth Day Special and the short-lived, and awful, E.A.R.T.H. Force and Stop the Smoggies. Perhaps the most reaching effects of Earth Day 1990, besides reviving the holiday as a widely observed annual event, were to make recycling a widespread practice and to effect a complete phase-out of ozone-destroying chlorofluorocarbons. It also appeared to have caught the anti-environmental movement off guard, but they soon responded with a backlash movement of their own. A year later, in the wake of Operation Desert Storm, yellow ribbons had become more popular than saving the planet.

As on occasion for greenwashing[edit]

Today, Earth Day is still observed by those who are concerned with conservation and environmental causes. However, it is also used as a means for certain corporations - i.e., electric utility companies and oil companies in general, and General Electric (a major defense contractor, jet engine manufacturer, and the largest holder of plastic patents) in particular - to tell TV viewers how "green" they are, with a wildly varying degree of truthfulness.

An unfortunate coincidence - or is it?[edit]

22 April 1970 was also the centenary of Vladimir Lenin's birth. Naturally, right-wingers have claimed ever since that Earth Day and the conservation and environmentalists groups that observe it are really communist fronts. In reality, April 22 is famous for a lot of other things.[1]