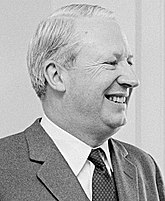 Sir Edward Heath (1916-2005) was Conservative Prime Minister of the United Kingdom from 1970 to 1974. His years in office saw economic decline, trade union unrest, and increased trouble in Northern Ireland. He therefore does not have a high reputation as a prime minister, not helped by his whiny behaviour after he lost two elections in 1974 and was replaced by Margaret Thatcher.

Outside politics, he was an expert yachtsman and fan of classical music. A lifelong bachelor, since his death he has attracted a wide variety of lurid and almost certainly untrue rumours about his private life, sexuality, and killing children then throwing their corpses off his yacht.[1]

His main achievement as a young politician was staying out of the way during the Suez Crisis. Heath led the failed negotiations for British entry into the European Common Market in 1960. As party leader, he sacked Enoch Powell in 1968. Hurray!

The following can be counted his achievements:

He also reformed the benefits system, made some inadequate changes to industrial relations law, changed county boundaries (very controversial), introduced VAT (Value-added Tax) at 10% (replacing the earlier Purchase Tax), and had a recession which he managed to largely reverse.[2] 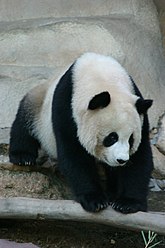 Heath lost a general election to Harold Wilson in February 1974. Wilson's majority was so small, he called another election in October, and Heath did even worse. In 1975 Margaret Thatcher launched a leadership challenge and became Conservative Party leader, and 4 years later Prime Minister. Rather than resign and take up lucrative outside employment, or take a relaxing seat in the House of Lords, Heath chose to sit on the backbenches and snipe at his successor. Until 2001.

On his death in 2005 he gifted his house Arundells in Salisbury to the nation. You can visit it if you'd like. Why you'd want to is another matter.

In recent years, various rumours of child sexual abuse have surfaced.[5] Well, he was a bachelor, which means he must have been homosexual; and he was alive in the 1970s when everybody was a paedophile. So what more evidence do you need?

These developed into claims that he actually murdered a boy on his yacht and threw the body into the ocean. Writer Linda Corby claimed to have heard from police that he killed a child from Haut de la Garenne, a children's home on Jersey which was centre of a child abuse scandal; however there is no evidence of Heath's involvement, still less that he is a child murderer.[6] Carl Beech, who made up a serious of nonsensical allegations about pedophile rings involving famous people, also claimed Heath was involved in his abuse and sexually assaulted him on a yacht.[7] Beech was subsequently sentenced to 18 years in jail for his false allegations.[8]

With Beech's claims conclusively disproved, no other evidence has been found for any of this.[2]