From RationalWiki
(Redirected from Globalisation)
Jump to navigation Jump to search 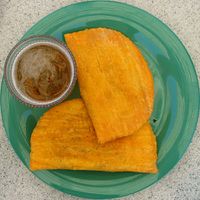 and other trade routes, more or less the same parts of the world people blame today. Yet somehow, civilization still exists (even if it takes a Dark-Age hiatus from time to time). If anything, the trade with the East was what allowed Rome to grow in the first place; it wasn't just goods but ideas that also were transferred, ideas like writing,[note 3] engineering, glass blowing, medicines, etc. While what Rome had built may have been impressive for the time, Roman technology, like that of all societies, improved upon what had been done before rather than starting from scratch

The term "globalization" is often misconstrued with the term "globalism". Sometimes, especially among the protectionist far-right such as Donald Trump's circle (or worse), "globalisation", "globalism", "globalist", etc, are all pretty much anti-semitic dog whistles for Jews or the International Jewish Conspiracy.[11]

Who these "globalists" are vary from group to group. Members of QAnon use the term "The Cabal" to refer to a shadowy organization that's trying to undermine freedom for their own "globalist agenda".[12] Like with all other variations of the term, the goal of "the Cabal" is to subjugate the freedom of the nation to a world government.