From RationalWiki
(Redirected from Metabunk)
Jump to: navigation, search 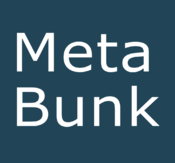 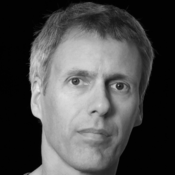 Mick West
Metabunk is a website (specifically, a discussion forum) dedicated to debunking and refuting various conspiracy theories and pseudosciences. Their stated mission statement is:

Mick West had been debunking various paranormal woo and Biblical scientific foreknowledge since 2003. In 2007, he came to know of a whole new pseudoscientific conspiracy theory gaining traction online known as chemtrails. For debunking this, Mick started a new blog called ContrailScience.com. Mick West’s big break came with the Mystery Missile, a plane flying from Hawaii to the mainland left a contrail on the horizon that looked a bit like a missile trail. He wrote a few articles debunking this theory and ended up being contacted by the media, who wanted to interview him. At the time he was still anonymous, but then decided that his debunking would be taken more seriously, and be more effective. So he went on TV, leading to a lot of traffic to his website. Troubled by the cumbersome off-topic discussion of other conspiracy theories unrelated to chemtrails and the limitations of the blog format, Mick West created another website called Metabunk to foster more such discussions more freely. From Mick West’s own words... 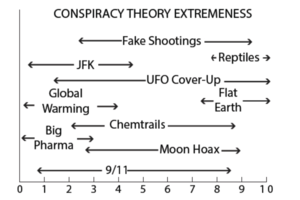 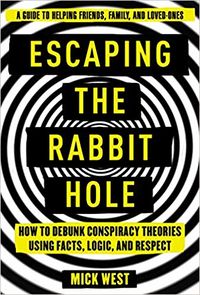 .[32] MBFC has rated Metabunk as a pro-science resource with high factual reporting.[33]

As with all fact checking and debunking resources, Metabunk.org has also been targeted by conspiracy cranks and Mick West being the subject to character assassination[34] several times, accusing Mick West of being paid by the government to spread disinformation.

Unsurprisingly, "It's a shill!" is a common argument.[35][36][37][38][39] Many conspiracy theorists have tried to make stuff up to serve as evidence against its credibility. They argue that the website is so professionally written that it must be impossible for it to be run majorly by only one person, both physically and financially. This was briefly debunked by Mick at the website:[40]