Surprisingly, RedPanels was not a tankie webcomic about the rise of the proletariat under the crimson banner. Oh well.

It described itself as the "Red Pill in Webcomic Form"[1] and actively promoted the alt-right.[2] It came to some attention when Richard Spencer (a noted non-Nazi) tweeted a cartoon about how concentration camps started because people just wouldn't stop punching (totally-not-)Nazis.[3][4] RedPanels ended on 2017 February 02, citing monetary reasons; the last panel fittingly consisted of a Hitlergruß

given in deference to Trump and the Meme Nazis.[5][6]

The whole production is basically one, big neo-Nazi themed easter egg hunt — even Redpanel's CSS stylesheet just happens to be titled "stylesheet88.css".[7] Whatever could that be a reference to?

The owner (who styles himself as "Red"[10]) seems reluctant to identify himself. RedPanels.com is registered with WhoIsGuard, which enables Red to list no personal information on his ICANN forms.[11] We at RationalWiki cannot imagine why a Nazi would prefer anonymity. The developer of RedPanels' Android app is Mike Carter (@devicroft_);[12][13][14] it is improbable that Red and Mike Carter are one and the same.[15] 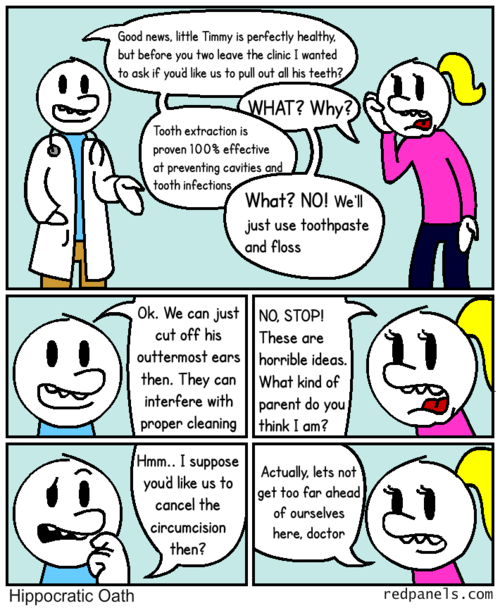 RedPanels' very first comic, drawn with only the finest Microsoft Paint. At least it's not as incoherently Nazi as its progeny.[16] 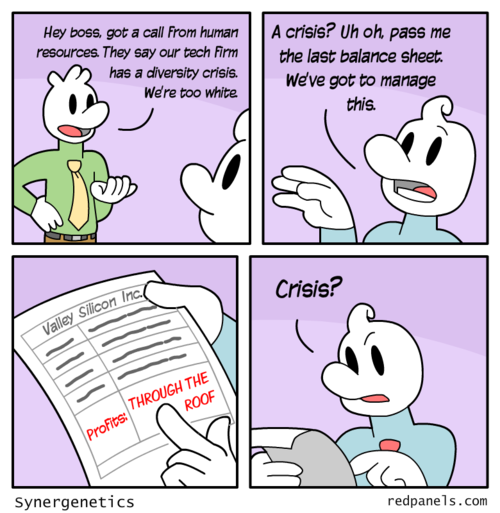 Because only businesses run by white men are successful.[17] (In reality, Silicon Valley is dominated by immigrant entrepreneurs.[18][19])

This is a real thing that really happens in real life.[20] 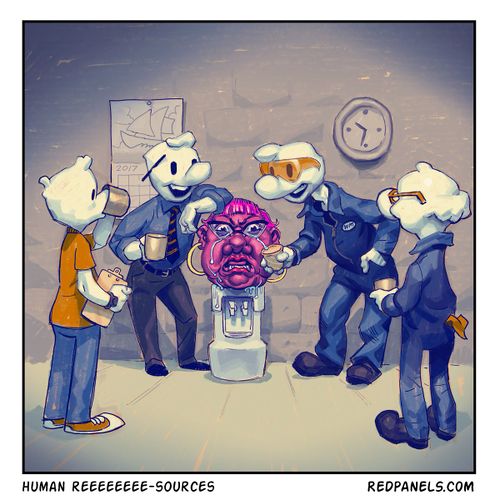 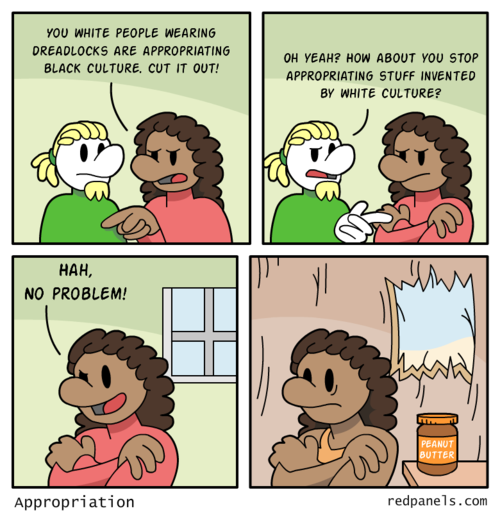 Because electricity is a cultural thing! Oh wait, no it isn't.[22]

Better watch out for that creeping sharia![23]

Because apparently Islamic immigrants will assimilate us.[24] 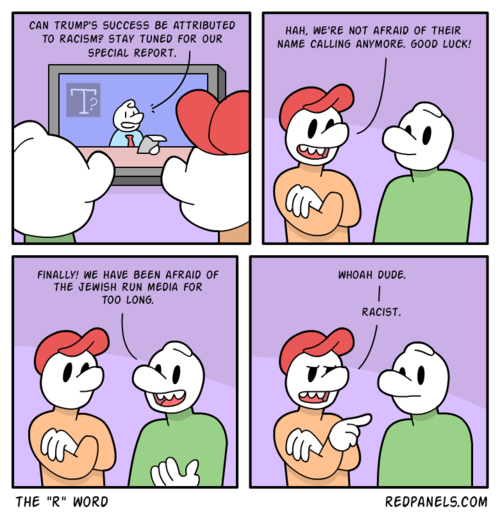 Why call it liberal media when you can call it the Jew media?[25] 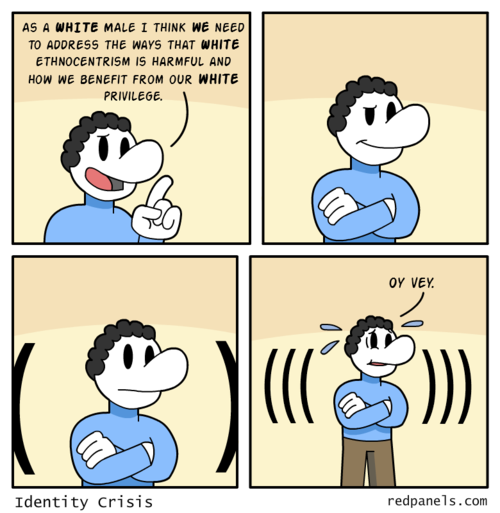 Because only Jews can oppose racism.[26]

Fear the Evil Jew and his blood libel![27] 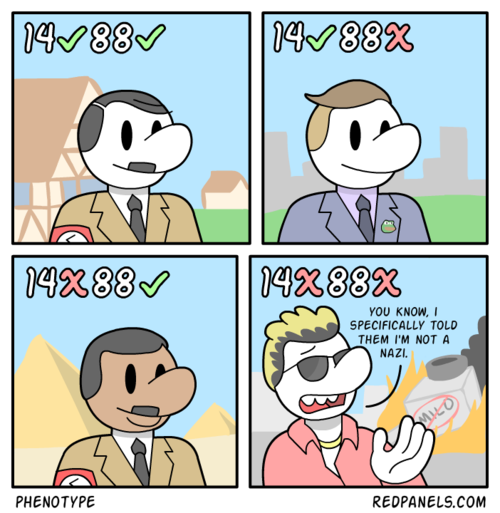 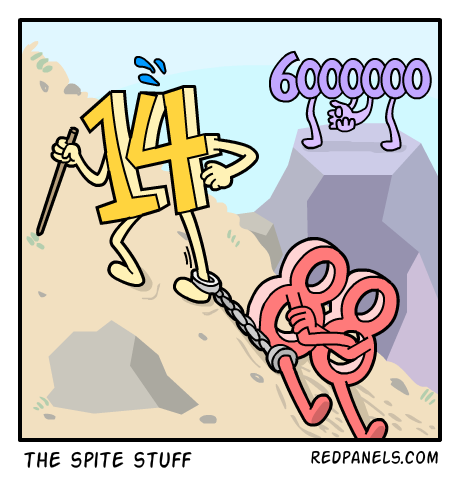 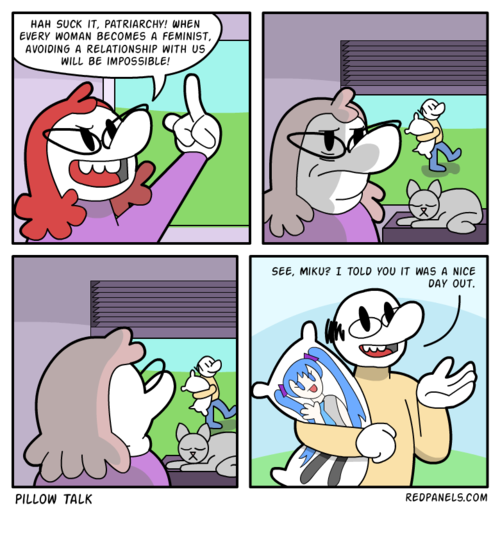 You feminists will be so unhappy when we replace you with anime body pillows![31] 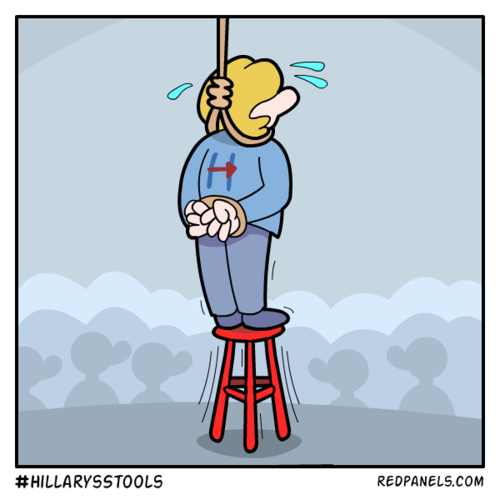 It's a joke about her health, guys! Why aren't you laughing?[32] 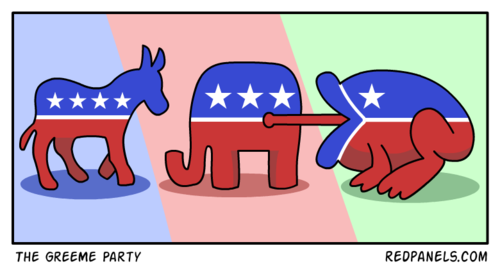 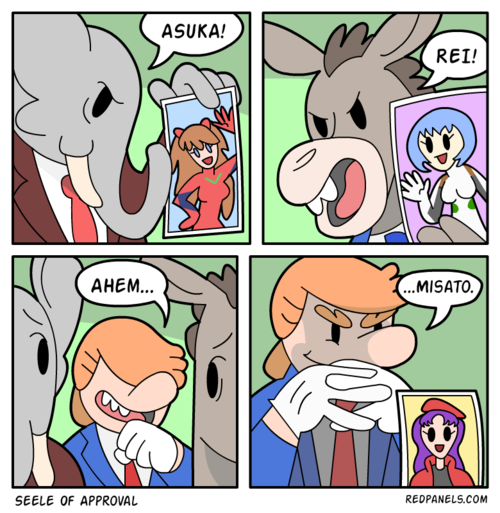 After being memed to death by antifascists, Red launched another online webcomic that is 10 times uglier, currently known as StoneToss.[citation needed]