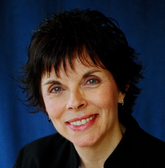 According to Quackwatch, Dean is a proponent of all kinds of medical woo and has utilized "unscientific methods of testing such as hair analysis, Vega and Interro testing, iridology and reflexology as well as treatment not medically indicated and of unproven value, such as homeopathy, colonic irrigations, coffee enemas, and rotation diets."[2] Dean is the director of the pseudoscientific Nutritional Magnesium Association and advertises herself as the "Doctor of the Future".[3][4]

She is associated with NaturalNews, which explains a lot.

Dean graduated from the Dalhousie Medical School in 1978.[5] In 1995, Dean's registration certificate was revoked in Ontario because of unfit medical practice and disregard for the welfare of 36 of her patients.[2] The College of Physicians and Surgeons of Ontario stated that she had shown disgraceful and unprofessional conduct.[2] She did not contest the charges and was not present or represented at her hearing.[2]

Dean, who now resides in Hawaii, wrote on her website in 2017 that it was an attempt by the "medical establishment" to discredit her and the entire incident was "staged and fake removal of my medical license in Ontario."[1][6]

She is a graduate of the Canadian College of Naturopathic Medicine in Toronto.[3]

Dean is opposed to scientific evidence-based medicine and frequently rants against the use of pharmaceutical drugs on her website. She prefers the bullshit claims of alternative medicine and has written:

The future of medicine is unfortunately in the hands of Big Pharma; it’s got nothing to do with patients anymore or even doctors for that matter.[7]

Her articles and lectures promote irrational Big Pharma conspiracy theories.[8] She also complains about the FDA allegedly harassing proponents of homeopathy.[9] Dean often cites the anti-science NaturalNews website as a valid source of information. She has written articles for NaturalNews and featured Mike Adams on her live radio show.[10][11]

Dean has authored a paper with Gary Null and other alternative medicine quacks entitled Death by Medicine that argues modern medicine does more harm than good. The paper examines statistics of deaths due to pharmaceutical drugs. It was published in the Journal of Orthomolecular Medicine

in 2005.[12] Skeptic Harriet Hall took issue with the paper and noted "most of their numbers are wrong. They are based on extrapolations. Even when they are more-or-less accurate, they are misleading."[13] Her book Death By Modern Medicine was also published in 2005. It contains forewords by Joseph Mercola and Julian Whitaker.[14]

Dean is the author of The Magnesium Miracle, published in 2003 and updated in 2017. In the book, she lists 65 health conditions that she claims are caused or triggered by magnesium deficiency.[16] She advertises magnesium and vitamin supplements to cure practically all diseases.[17][18][19][20][21] For example, she says that magnesium "helps to alleviate heart disease, stroke, osteoporosis, diabetes, depression, arthritis, and asthma."[22] She describes magnesium as a "miraculous mineral".[15]

Dean is a cholesterol and statin denialist. She promotes a conspiracy theory that the American Heart Association "simultaneously is covering up statin side effects".[25] She says that cholesterol does not cause or increase the risk of heart disease and cholesterol levels above 200 are not dangerous. She believes that magnesium operates as a "natural statin" and keeps cholesterol in balance. She advertises her "Total Body ReSet" bundle of dietary supplements to treat high cholesterol.[25] Dean's Total Body ReSet supplements cost $299.[26] She also recommends taking a clay bath or footbath detoxification.[27]Do You Believe That? Dean has stated that chronic inflammation is the cause of heart disease and that cholesterol is unrelated.[28] This opinion is not supported by scientific evidence.[29]

Dean is an anti-vaccinationist and has written nonsensical articles claiming vaccines do not work.[31][32]