Church of the SubGenius

The Church of the SubGenius is a parody religion described by some of its own members as an "insane bogus UFO mind-control cult". SubGenius doctrine combines the worst elements of self-help groups, UFO cults, Scientology, apocalyptic Christianity, and utterly shameless money-grubbing antics.

While the Church allegedly dates from 1953 (same era as another world-shattering innovative Church), the SubGenius Foundation was established in 1979 when Rev. Ivan Stang and Philo Drummond (both pseudonyms) published a pamphlet entitled The World Ends Tomorrow And You May Die!, a clip-art extravaganza that described the basic SubGenius philosophy and introduced J.R. "Bob" Dobbs. The pamphlet found its way into the 1980s underground artist and rock-and-roll culture, as it was endorsed by comic artist R. Crumb

in the pages of Weirdo magazine. This caused the SubGenius meme to spread into a graffiti and clip-art movement for several years. "Bob's" smiling face made cameo appearances all over the United States and in several other countries (in a manner later echoed by Obey and other graffiti-art campaigns), and the membership of the Church of the SubGenius swelled to several dozen hardcore members, a few thousand "paid-up SubGenius ministers" (people who sent $20 to the group for official "ordainment"), and many unofficial vocal supporters (including Frank Zappa, Pee-Wee Herman, David Byrne

and a few other celebrities).

The Church of the SubGenius expanded in the 1980s with the publication of scriptures and liturgy: The Book of the SubGenius, High Weirdness by Mail, Three-Fisted Tales of "Bob", and Revelation X: The "Bob" Apocryphon. However, the movement died down by the early 1990s, as other "wacky" pop-culture groups distracted potential acolytes. The underground zine

movement which fueled the Church faded, swamped by the culture of the Internet and the World Wide Web.

In a remarkable evolutionary act of self-preservation, the Church of the SubGenius moved on-line to sustain itself.

During the 1990s and even 2000s, the Church of the SubGenius continued to attract followers, as it attached itself to ongoing cultural and Internet memes; however, it didn't find the "viral" popularity seen on-line by other parody-religion figures such as the Flying Spaghetti Monster, the Invisible Pink Unicorn, and Anonymous. SubGenius members continue to pop up amid the latest "rebel" fads

of the moment, such as the Occupy Wall Street protests, though the movement never moved past its hardcore membership of several hundred SubGenius "ministers" (and many hundreds or thousands of paid-up ministers worldwide giving lip service to the movement). 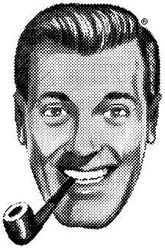 J. R. "Bob" Dobbs is the High Epopt and spiritual leader of the Church of the SubGenius. According to SubGenius legend, "Bob" was a drilling equipment salesman who, in 1953, was contacted by JHVH-1, an "evil space god from some corporate Sin Galaxy" on a television set he had built himself. JHVH-1 dictated the prophetic "PreScriptures" (as described in the Book of the SubGenius) and founded the Church, recruiting such notable flimflam artists as Reverend Ivan Stang, Philo Drummond, and Doctor X to promulgate his doctrines.

When printing "Bob"'s name, the "Bob" must always be surrounded by "quotes".

Church scriptures claim that "Bob"'s enemies, the Conspiracy, and other servants of rival deities, have tried to assassinate him many times. Due to "Bob"'s superhuman luck, he has cheated death a number of times. He was finally assassinated in San Francisco in 1984 by a disgruntled SubGenius named D. Woodman Atwell a.k.a. Puzzling Evidence. Some SubGenii claim that due to his never having been baptized, "Bob" was consigned to Hell, which he escaped from repeatedly, only to be killed again each time. He was recently banished from Hell forever by Satan who supposedly owes him a great deal of "money". In a 2015 interview, however, his primary wife Connie said he is still dead.

"Bob"'s Pipe is sacred to SubGenii, and adding a pipe to any image immediately makes it a SubGenius Icon. "Bob" smokes a mysterious Tibetan herb known as Habafropzipulops, or "Frop" for short, which is said to have permanent mind-altering effects on SubGenii. Some claim that the Pipe actually controls "Bob", but the Church Hierarchy has assured members that the Pipe no more controls "Bob" than we control the cars that carry us around.

"Bob" is said to practice polygamy, but his first and still primary wife is Constance Marsh "Connie" Dobbs, who supposedly manages "Bob"'s business affairs when he's communing with the Elder Gods. "Connie" is worshiped extensively by female SubGenii. The Dobbses have several children, although their names and ages have been kept secret for their own safety.

In its January 1, 2000 issue, a Time magazine internet-based poll named J.R. "Bob" Dobbs the #1 "Phoney Or Fraud" of the 20th century. The Church of the SubGenius campaigned heavily for this dubious honor.

According to Time, "Dobbs is a very imaginary modern evangelical Protestant created online by an irreverant [sic] band that set up a website in his honor." And that's a Wikipedia-certified Reliable Source, so it must be true.

The central doctrine of the Church is that certain portions of humanity are actually superior mutants known as Yetinsyn, the result of crossbreeding between humans and the superior Yeti, or "Atlanteans". Novice SubGenii must prove their worthiness by sending thirty-five dollars to Church headquarters. By unleashing their Abnormality Potential, they seek to unlock dormant psychic abilities, gain the mystical quality of Slack, and defy the Conspiracy that secretly controls the world and makes all humans dance like puppets.

End of the World: X-Day[edit] 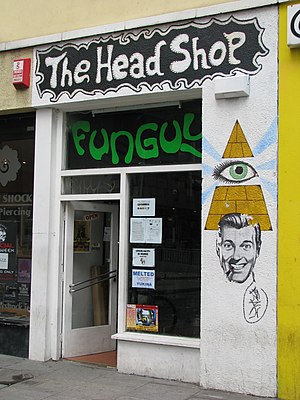 An alien house of pain

The ultimate goal of all SubGeniuses is to survive until X-Day, when the godlike aliens known as the Men From Planet X will arrive and Rupture all the dues-paying SubGenii to a never-ending tour of the universe, while converting Planet Earth into the intergalactic equivalent of a greasy-spoon truck-stop. This will result in unending torment for any surviving Normals (and non-paid-up SubGenii), as human pain is apparently a very high-priced drug among the various gods, demons, and alien beings of the complex and ever-growing SubGenius Pantheon, or at least will make lots of SubGeniuses — simple folk with simple tastes — happy.

X-Day is prophesied to occur on July 5th, 1998, at 7 AM. The fact that that date apparently passed without the arrival of the Alien Fleet has forced SubGenii to come up with a multitude of excuses — some of the more popular ones being:

The SubGenii celebrate the impending doom of humanity with a large party/religious devival on the weekend of July 5th, every year. At the (alleged) 1998 devival, the failure of prophecy to come true was marked by the Church's chief preacher, Reverend Ivan Stang, being stripped naked, covered in motor oil and feathers, and tossed in a nearby pond. (When was the last time the Baptists provided that kind of entertainment value?)

SubGenii are polytheistic, with new gods, demons, and alien monsters constantly being added as Shordurpersavs as old ones wear out. Some of the more persistent of these include G'BroagFran, the Elder Space Bankers, JHVH-1, Eris, the Yacatisma, and the Fightin' Jesus.

The Church's Messiah, if you can call him that, is J. R. "Bob" Dobbs, a drilling-equipment salesman of dubious but possibly divine heritage who was contacted by the space-god JHVH-1 in 1958, and commanded to sell his religion to all the world, or at least the parts willing to pay for it.

"ShorDurPerSav" is an unwieldy abbreviation for Short Duration Personal Savior. It's a SubGenius term for any person, object, idea, or other entity that is, at the moment, enormously influential or inspiring to you. The main difference between ShorDurPerSavs and more traditional Personal Saviors is that you are explicitly allowed to discard them once the initial rush wears off, rather than feeling obligated to keep them around forever. (See also Barack Obama.)

The Church of the SubGenius offers a guarantee that no other religion dares to offer: Eternal Salvation, or TRIPLE Your Money Back! Should eternal damnation result from any SubGenius product or service, "Bob" will meet you at the gates of Hell, with a $105.00 check in one hand and a copy of his bestselling book, "Hell on Five Cents an Eternity" (only $104.96, including tax) in the other!