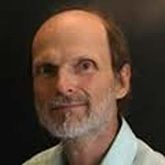 Gerhard Meisenberg is a HBD pseudoscientist who has published a bunch of racist pseudoscience papers, co-authored with Richard Lynn arguing the mean IQ of Sub-Saharan Africa is as low as 68 (when the correct figure is at least 80).[2] These papers have been criticized by other psychologists for confirmation bias (such as cherry-picking sources), manipulation and using a unsystematic methodology.[3][4][5][6] Meisenberg attributes the low African IQs mainly to education. About the claim of African IQs in the 80s, he writes: “Because schooling is the most important environmental factor for children’s intelligence, such a high IQ would imply that African schools are already almost as eﬃcient as American schools, and further eﬀorts to improve African school systems are not needed.”[7] Mesigenberg has no background or qualifications in psychology and is a biochemist. He has defended the pseudoscience of intelligence research[8], concluding that "intelligence diﬀerences provide powerful explanations of many important real-world phenomena, and that denying their causal role requires the promotion of alternative false beliefs. Acting on these false beliefs almost invariably prevents the eﬀective management of societal problems while creating new ones." Ideologically he is anti-everything: against Trump, against Brexit, and against “ideologies that have been oozing out of academic grievance studies departments for some time.” He wonders if all these ideologies show that people in western countries are getting stupider. According to Meisenberg, “What alt right and lunatic left have in common is the rejection of science and reason, of Enlightenment values and universalism in favor of nationalism and identity politics.”[9] He is associated with various far-right organisations and publishers, for example he is a director of the Pioneer Fund,[10] an Editor-in-Chief of the pseudoscholarly journal Mankind Quarterly and reviews submissions to the OpenPsych pseudojournals.

Meisenberg has published in the controversial peer-reviewed journal Intelligence and formerly served on its Editorial Board. Shortly after The Guardian criticized Meisenberg's links to Mankind Quarterly, the International Society for Intelligence Research removed Meisenberg from the Editorial Board.[11] His work is also promoted on places like VDARE.[12] In 2015, Meisenberg attended the London Conference on Intelligence and the following year co-wrote a sexist paper at the same conference, with Michael A. Woodley of Menie in which he claimed higher school achievement of females than males, arguing that "Neither economic development nor the progress of female emancipation or empowerment have been successful at virilizing female achievement levels".[13] Ignoring his pseudoscience on race and intelligence, eugenics and sexism, Meisenberg is a qualified biochemist and author of the popular textbook Principles of Medical Biochemistry, now in its 4th edition.

By their words ye shall know them: Evidence of genetic selection against general intelligence and concurrent environmental enrichment in vocabulary usage since the mid 19th century

Co-authors: Michael A. Woodley of Menie, Heitor B. F. Fernandes

It has been theorized that declines in general intelligence (g) due to negative selection and the Flynn effect co-occur, with the effects of the latter being concentrated on lessheritable non-g sources of intelligence variance. Evidence for this comes from the observation that 19th Century populations were more intellectually productive, and also exhibited faster reaction times than modern ones, suggesting higher g. This cooccurrence model is tested via examination of historical changes in the utilization frequencies of words from the highly g-loaded WORDSUM test across 5.9 million texts spanning 1850 to 2005. Consistent with predictions, words with higher difficulties (δ parameters from Item Response Theory) and stronger negative correlations between pass rates and fertility declined in use over time whereas less difficult and less strongly selected words, increased in use over time, consistent with a Flynn effect stemming in part from the vocabulary enriching effects of increases in population literacy. These findings persisted when explicitly controlled for word age, changing literacy rates and temporal autocorrelation. These trends constitute compelling evidence for the co-occurrence model.

Co-author: Michael A. Woodley of Menie

Sex differences in school achievement and intelligence are often believed to depend on socioeconomic and cultural factors. Specifically, the expectation is that the extent to which female emancipation has been achieved in countries is reflected either in rising female relative to male achievement, or that the ability profile of females becomes more similar to that of males as females penetrate into previously maledominated social and economic niches. The present study examines these predictions by analyzing the results of the PISA (Program of International Student Assessment) tests of mathematics, science and reading, administered to 15-year-olds in a three-year cycle from 2000 to 2012. The study looked at three outcome measures: 1. Overall performance (math, science and reading averaged) of females relative to males. In the large majority of countries, females outperform males. 2. Gender-typicality of achievement profiles. Typically, males are somewhat better at math (1.5 points on the IQ scale), females are far better at reading (5 points on the IQ scale), and sex differences in science are minimal. 3. Score variability assessed as the ♂/♀ variance ratio. Males are more variable than females in the large majority of countries. Of the three outcomes, the female advantage in overall achievement is greatest in the Muslim countries of North Africa and the Middle East as well as the ex-Communist countries of Eastern Europe and the former Soviet Union, and virtually non-existent in Latin America. Other world regions fall in between. Its relationship to measures of social and economic development is near-zero. Although unrelated to composite measures of female empowerment, the female overperformance tends to be positively related to the endorsement of male dominance, according to the World Values Survey. The gender-typicality of achievement profiles varies little among world regions and is virtually unrelated to development indicators and measures of female empowerment or emancipation. It tends to be slightly lower in countries with profamily attitudes, and slightly greater in countries where people believe that both husband and wife should contribute to family income. The variance ratio is higher (more gender-dimorphic) in economically and socially more “advanced” countries, but does not vary systematically with measures of gender roles and gender-related attitudes. The results show that sex differences in achievement are quite stable across countries. Neither economic development nor the progress of female emancipation or empowerment have been successful at virilizing female achievement levels or achievement profiles.