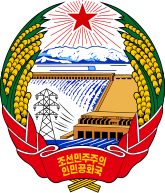 The New Deal was a vast array of policies enacted in the United States under president Franklin Delano Roosevelt, beginning in 1933, to reverse the deep economic slowdown called the Great Depression. Social Security (insurance against outliving one's job income) was mandated. Bank "holidays" were decreed[notes 2] in order to prevent a run on banks while the FDIC began to insure deposits. Gold was called in by the Fed. A whole alphabet soup of new government agencies such as the BPA, WPA, PWA, FDIC, RFC, TVA, NRA, AAA, CCC, WTF, EIEIO, and AEIOU (sometimes Y) were created by FDR to provide employment building roads, bridges, dams, and parks until WWII put the QT on it.

The staying power of New Deal policies was decidedly mixed. One key piece of legislation, the head-scratching National Industrial Recovery Act, was struck down by the Supreme Court in May 1935, one month before it was set to expire anyway. Part of the Agricultural Adjustment Act was also struck down in 1936. FDR threatened to expand the Supreme Court with new appointees in response, which led to the sitting justices having a change of heart and upholding later New Deal legislation, so the threatened expansion of the court never actually took place. The Civilian Conservation Corps, which provided employment in parks and forestry work to unemployed young adults, was one of the most popular New Deal programs but was abandoned at the start of World War II when young adults were press-ganged once the government decided it had bigger priorities.

Also abandoned at the start of WWII were the Works Progress Administration and the Public Works Administration. On the other hand, the Tennessee Valley Authority, another popular agency that constructed the world's largest valley brought rural electrification to much of the Southeast, continues to this day. Three key pieces of the New Deal had wide-reaching and long-lasting effects: Social Security; the Glass-Steagall Act, which regulated banking[notes 3] and established the Federal Deposit Insurance Corporation; and the Wagner Act (or National Labor Relations Act), which provided a governmental mechanism through which employee organization into labor unions could take place.

American conservatives, then and now, hate every facet of the New Deal, and, indeed, they claim FDR's policies did nothing to prevent a second slowdown beginning in 1937,[notes 4] and that the (oh, the irony!) unprecedented deficit spending and full employment required to wage the total war of World War II was finally sufficient to get America into economic recovery. Also ironic was that at least one New Deal agency, the Reconstruction Finance Corporation, came about during the Herbert Hoover administration and not FDR's. Banning the private possession of gold, however, was just stupid and was not repealed until 1975, and conservative opponents of the New Deal do have a point on that one.

Today, some self-styled progressives are enamoured of the New Deal and look back nostalgically on the Roosevelt years as some kind of golden age, without acknowledging the occasional mishaps. The New Deal was a revolutionary policy, improving the life of the common citizen, and for providing jobs for the unemployed, legal protection for labor unionists, regulations on Wall Street, more involvement for women workers, modern utilities for rural America, living wages for the working poor, and price stability for the family farmer. It was the first program to put blacks under full-fledged government jobs under the New Deal, which foreshadowed the Civil Rights movement, and LBJ's Great Society, which helped tackle poverty, was inspired by the New Deal. However, its implementation was shaky at times, experimental at first, and some programs needed to be changed (or just dropped altogether) so it could work more efficiently. Many were alarmed at the scrapping of certain programs in favour of fueling the war effort, and many would argue that the New Deal didn't go far enough, but it still went further than any other policy has ever done since then.

"New Deal denialism" is a term coined by historian Eric Rauchway in response to the start of the "New Deal made the Depression worse!" myth by revisionist journalist Amity Shlaes.[1] Naturally, this was parroted by George Will and sufficiently distorted by Faux Noise as the "consensus" among "historians."[2] Just in time to squawk about the stimulus package! In reality, however, three-quarters of historians don't believe that the New Deal prolonged and deepened the Great Depression. There is no consensus among economists as to whether the New Deal worked or not, however.[3]

Of course, Republicans have to re-write the history of the New Deal or all their laissez-faire bloviating falls flat. If the biggest Keynesian experiment in American history succeeded, it undercuts all their arguments that government can never do anything right (we mean, just look at the DMV).[notes 5] Here are the most oft-repeated denialist talking points and why they're wrong (most of which Rauchway goes into great depth about in the linked paper):

And the "FDR turned a recession into a depression" line is so removed from reality as to not even be worth responding to.