Judaism is the first Abrahamic religion comprising the collective religious, cultural, and legal tradition and civilization of the Jewish people, also sometimes called Israelites. Due to their overwhelming refusal over the centuries to convert to either of the other two Abrahamic faiths — Christianity or Islam — and their traditionally strong cultural coherence, Jews are frequently made the subject of numerous conspiracy theories and libels, as well as pogroms and genocides (by far the most notable being the Holocaust of World War II). All forms of Judaism have in common the Tanakh as their primary scriptures. The Tanakh is made up of the five books of Moses, or Torah ("the Teaching"), the books of the prophets, or Nevi'im ("the Prophets"), and the K'tuvim ("the Writings"). The great majority also base their practices on a substantial body of exegesis, Rabbinical tradition and commentary known as the Talmud.

Not all Jews practice Judaism as a religion: cultural Judaism is the following of Jewish traditions, diet, festivals, etc, without religious belief, and Jewish atheism also has a significant tradition.[1][2] Followers of Judaism and ethnic Jews have been subject to different forms of antisemitism. Many conspiracy theories are inherently antisemitic. The general feature of these theories is that Jews are not seen as individuals divided into groups, but as one, homogeneous, conspiring whole. In modern times, the success of Zionism, a political movement that was successful in the establishment of the secular Jewish state of Israel in the region of Israel/Judea/Palestine/whatever you call it, adds to the mix of theories. Not every Jew is an active Zionist, and not everyone living within the current state of Israel is a Zionist Jew. Zionism, or ideological support of the state of Israel, is also common among different denominations of Christianity. Nevertheless, some Christian extremists and conspiracy theorists see an enemy in the Zionists or Jews in general, for example the Ku Klux Klan. Nuttier people incorporate an International Conspiracy involving the Illuminati. 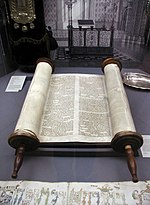 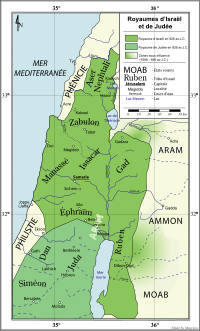 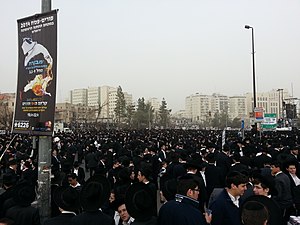 "Haredi" is more an Israeli term than an American one. The equivalent community in the United States is usually referred to as "Yeshivish," a reference to the yeshivos (religious schools of higher study) in which men spend part or all of their adult lives, and whose deans function as community leaders. 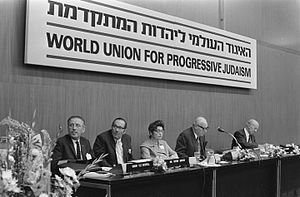 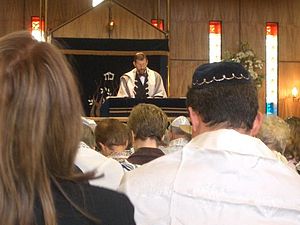 The word "Jews" is used to refer to both practitioners of the religion of Judaism and people who are ethnically Jewish. The two usages are fundamentally intertwined (since ethnic Jews often practice Judaism), but an ethnic Jew who converts to another religion may still be considered Jewish, as may someone who is not ethnically Jewish but converts to Judaism. There are several Jewish ethnic groups with different practices. There is no conflict between them beyond a friendly rivalry, and the occasional bit of racism, like how everyone's the same religion but still feuds in Lord of the Rings. 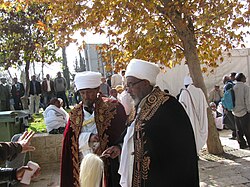