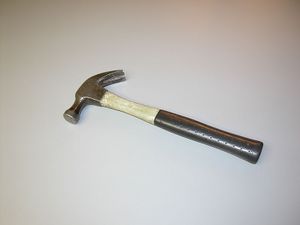 before posting, hit it with a hammer.

Shouldn't this be in the "help" space? ħuman

It's mainly for Trent (see saloon bar) so it's where he'll seee it. have a word with him & move it if you think it should be.

I don't actually care where it is as long as I know where it is. Those of you "in the know" if you could start moving conversations involving tech issues to this page I would appreciate it. And if you see something new come up direct others here. tmtoulouse 23:15, 31 January 2009 (EST)

Should satisfied queries be archived or summat?

Is there an IRC channel for rationalWiki? If not, perhaps we should register one (I'm thinking freenode). --emc [TALK]

I quit when someone (can't remember who) started saving it and publishing on wiki. Not that I'd said anything out of order - it just seemed to be a waste of time: the wiki talk pages are just as useful. yummy

I got yelled at (I think) last time I renamed someone, but if you really want ask on my talk page. Once as SuperJosh asking to be SJ, and once as the other creature, with sigs on the fossil record, etc. Happy to help. ħuman

Not having Human's 'baggage' I tried to rename SuperJosh to SJ but there already is a user with the name SJ who made a single edit back in 2008. I am loath to rename a previous user unless it was SuperJosh in the first place.

Nice work at simply being rude. Hope you don't still have the tech rights you don't deserve. It is still broken after a freaking month. ħuman

Human, I don't think you get to call anybody rude. And honestly, Nx was just responding to your own pattern of asshole behavior.--User:Brxbrx/sig 04:29, 15 July 2012 (UTC)

What were you expecting to happen? You were abusive to him and he left like you wanted. Nobody else wants the tech job because they saw how you treated him. Now something is broken and there is no one left to care. - π 07:43, 15 July 2012 (UTC)

Yeah, let's face it Human, you have pretty much pissed off anyone who would ever be able to solve any of your technical problems on the internet - and yet when they don't come running to help you with a problem that's entirely at your end and seems to affect no one else, you wonder why no one is interested?

Just so you know, I used print screen to save the discussion that was being made. You guys really are idiotic.

"Oh lets remove that discussion, because we are so cowardly that we cannot properly discuss something that is against our beliefs about being bias to rationality."

Make up as much garbage you cannot intellectually defend as much as you want. You underestimate my abilities and that is gonna cost ya. Maybe I should blackmail you guys, since you are not going to have your way in removing what I say outright. Well you could, but then, it might hurt you image even more. This is a losing fight for you guy. Give in to rationality, actual rationality, not this religious safe space you created for yourselves, before you end up being the laughing stock of the internet.

Actually, it would have been a good idea to leave a link here so that the IP poster - who is quite probably not familiar with wikis - could have seen where his comments had been moved to.--Bob"Life is short and (insert adjective)" 20:13, 8 March 2016 (UTC)

You're right, i should have rather than just delete the section after the move. My bad, but we did try to correct it. The BoN already appear to have his mind made up, though. Petey Plane (talk) 20:20, 8 March 2016 (UTC)

Three ttimes now the page has been spammed by a shifting IP. Do we protect the page, or just keep an eye on it and revert/block on sight? I'm not keen on long-term protection for an important page, and the 9-hour lock I did the other day wasn't enough of a deterrent. Avida Dollarsher again 09:47, 4 February 2019 (UTC)

WTF is harmful about this?[edit]

I'm trying to add good data to the synapsid and it's saying it's harmful. How is basic classification harmful?TheDarkMaster2 (talk) 15:49, 19 November 2018 (UTC)

Well, actually, it's newuser + an edit containing "turtle", which due to overzealous normalizing is checked against a list containing "TURT1E". Considering that the driveby making that particular edit is long gone, I've struck TURT1E from spamtext. You can submit now. ikanreed 🐐Bleat at me 16:13, 19 November 2018 (UTC)

Trying to write a draft in my wiki sandbox, my action identified as harmful[edit]

Hi, I'm a long time fan of the wiki, and I'm having a try at adding a page to the wiki. For now I just wanted to mess around in my sandbox, but i got slammed with a Fake biography spammer and Blackhat SEO Spammer. I was wondering how I could fix that, and maybe avoid that it the future. Thanks! — Unsigned, by: Bigboyalex / talk / contribs

I gave autopatrolled status to Bigboyalex. This should fix the problem I think. Bongolian (talk) 18:31, 7 March 2019 (UTC)

@Bigboyalex Yes I hope you understand it would be a bad idea for me to tell you how to bypass our main spam filter, but I recovered your edit from the logs and posted it to Draft:Tim Pool for you. Have fun. — Dysk (contribs) 18:35, 7 March 2019 (UTC)

I found some CSS to make the wiki more mobile friendly...[edit]

Just go into Preferences > Appearances, then paste this in your custom.css: https://pastebin.com/kZvnmeVd

Also, note that implementing this site-wide should be helpful for when Google starts ranking sites primarily based on their mobile version, starting July 1, 2019 Supurb (talk) 02:09, 30 May 2019 (UTC)

This is why I am trying to encourage the RMF to install MobileFrontend. Your CSS trick is okay but it doesn't really get the site past the Google mobile first standards and the navigation ends up stuck on the bottom of the page so MobileFrontend is still vastly better. — Dysk (contribs) 08:53, 30 May 2019 (UTC)

page and I got "Warning: This action has been automatically identified as harmful and you will be blocked from editing you if you click submit."

I copy below the source of the page I tried to create:

I wanted to write a critical article about Udo Pollmer

@Alex I see that your edit was caught by one of our spam filters. After examining your contribution, I created a new page for your article in the draft space. Let us know if you have any more difficulties. Cosmikdebris (talk) 16:55, 13 December 2019 (UTC)

I see that there’s a plan to install a mobile site for RationalWiki. When is that happening, about? Mediawiki desktop sites are really bad on mobile, and I would love to be able to comfortably use this site on my phone. Thanks! DemonDays (talk) 15:24, 18 December 2019 (UTC)

Moved to RationalWiki:Technical support. Sorry, I didn't realise what page I was on. I assume everyone wants to know when the site will be upgraded. -- Tim Starling (talk) 00:49, 15 January 2020 (UTC)

New account, tried to add CSS to Vector theme and got "Warning: This action has been automatically identified as harmful and you will be blocked from editing you if you click submit."[edit]

You will need to be autopatrolled first. The way to become autopatrolled would be to do some actual content editing first. Bongolian (talk) 22:25, 17 October 2020 (UTC)

I would like to make a new page for Paul VanderKlay, the youtuber. Not sure how to do this since it says I'm a Blackhat SEO spammer. Thanks for your help. Kanliot (talk) 19:10, 5 November 2020 (UTC)

@Kanliot Hi, after taking a look at your edit, it would seem that it tripped on one of our abuse filters (this happens sometimes when new users make big edits). I've gone ahead and created the page for you in draftspace. Feel free to edit it and make it a bit more substantial before asking someone to move it into mainspace for you. (Or if you at some point get sysop, you can move it yourself). Happy editing! Sirius (dog star /

For future reference, more -> protect page. Works just like any other page protection from there on. Sirius (dog star /