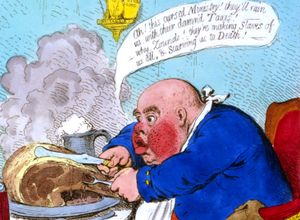 The claims of these groups will appear in italics, refutations in regular text.[note 2]

In the spirit of the Indiana Pi Bill, the U.S. Congress has prohibited the IRS from calling individuals as "tax protestors." The Internal Revenue Service Restructuring and Reform Act of 1998, Section 3707 was supposed to prevent the IRS from using the designation tax protestor in taxpayers' case narratives. Congress felt that calling tax protestors "tax protestors" would bias IRS employees in future contacts with these individuals. Euphemisms like "constitutionally challenged" were also prohibited. However, as of 2010, IRS employees were still using those terms, despite attempts to prevent this by altering software used to maintain the files.[10]

Occasionally, tax protesters will have a legitimate point. In the 1860s, suffragette Sarah Wall of Massachusetts cited the founding principle of "No Taxation Without Representation" and refused to pay her taxes unless women were given the right to vote. The case went all the way to the Massachusetts Supreme Court, which ordered Wall to pay taxes anyway. When she still refused, authorities seized and sold her property to pay for the unpaid taxes. More recently, similar arguments have been made by residents of the District of Columbia, which is the only part of the United States where residents are required to pay federal income tax on all income but has no voting representation in Congress,[note 4] though there is no record of anyone outright refusing to pay taxes. However, the slogan "No Taxation Without Representation" has become a rallying cry for the D.C. Statehood movement and even appears on license plates issued by the District. These cases are very different from the conventional tax protester arguments in that the point of the protest is the lack of representation in the legislative body that sets tax rates, not the requirement to pay taxes in and of itself.

The attempt by Margaret Thatcher to tax everyone equally for local services, without regard to income, wealth or consumption, was resisted by campaigns of tax refusal from both left- and right-wing parts of society. This form of taxation was officially known as the "Community Charge," but was widely referred to as the "Poll Tax". (Named after the tax that led to the Peasants' Revolt in 1381, "Poll" was an archaic term for "Head".) Attempts to collect arrears using bailiffs were often met with physical resistance, and several, often elderly, protesters went to jail for their refusal to pay the tax.[citation needed] Ultimately, a major riot in London's Trafalgar Square over the issue, and Thatcher's refusal to change her mind, were among the reasons that led to her own party removing her from office.

The Poll Tax was not a replacement for income tax: it was a tax used to fund services at a local level, and has been replaced by the current Council Tax based on the value of one's home. This is also quite unpopular[note 5] as the valuation bands are rarely updated, the Valuation Office Agency frequently incorrectly classifies property values, it takes no account of the difference between renting and owning, and punishments range from draconian to absurd. But it's nowhere near as unpopular as the Poll Tax.

An entirely different type of "tax protester" movement began in the UK in 2010 under the name 'UK Uncut'. In this case the protest was about organisations (specifically large companies like the mobile phone network Vodafone or the retail chain Arcadia Group) not paying enough (or evading/avoiding) taxes and the object of the movement was to find ways to make them pay.[11] Again, this more aligns with tax resisting.