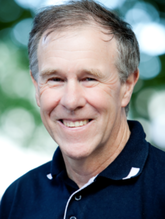 Noakes endorses a low-carbohydrate, high-fat (LCHF) diet, often referred to as the "Banting" or "Noakes" diet. Medical experts have criticized the diet as being "not based on good science".[4] The Noakes diet forbids all grains, most kinds of fruit and refined sugars.[5]

His book Lore of Nutrition was described by paediatrician Alastair McAlpine as "an extraordinarily heady mix of conspiracy theory, bad science, bad writing, and persecution complex".[6]

Noakes is a cholesterol denialist. According to Noakes:

These controversial opinions are unsupported by scientific evidence and have been criticized as "dangerous and potentially very harmful to good patient care."[7]

Noakes has been criticized for making anti-vaccination comments.[3][8] In 2014, Noakes sent a tweet to his 46,000 Twitter followers: "Dishonest science. Proven link between autism and early immunisation covered up?". The tweet included a link to a video from the discredited anti-vaccine activist Andrew Wakefield which alleged the United States Centers for Disease Control (CDC) is covering up a link between autism and immunisation.[2] Medical experts challenged Noakes and he responded by claiming that he has "no opinion" about the matter. Nathan Geffen has commented that "after recommending that his followers watch videos that cast suspicion on the MMR vaccine, it is disingenuous for Noakes to say he has no opinion."[2]

In a 2017 interview on the Gareth Cliff Show, Noakes stated that he supports vaccinations only if they are "proven to be safe and effective", he also stated incorrectly that there is evidence that vaccines cause autism.[8] Regarding the interview, Jacques Rousseau has noted:

By the standard of the Duck test, Noakes is at least a vaccine sceptic, but in effect, he functions as a vaccine-denier or an "anti-vaxxer" in using much of the same misinformation they (McCarthy, Kennedy, Carrey, de Niro) do. Because in doing so – even as he asserts that he supports vaccinations – he introduces sufficient qualifications and obfuscations that his pronouncements on the matter could plausibly lead to at least some of his followers choosing to not vaccinate their children.[8]

In 2018, Noakes denied being "anti-vax" and stated the term was being used against him to try and destroy his scientific credibility.[9]Do You Believe That?

Many hold sports physiologist Tim Noakes in high esteem after reading his popular books (e.g. Lore of Running). But he is losing respect among scientists: recently he seems to be in the anti-establishment/conspiracy theorist camp, disregarding science (that doesn't support his opinions), promoting his high-fat low-carb diet as evidence-based, and stating that a proven link between vaccines and autism have been covered up. Noakes has also stated that we must eat more meat to save the environment, which is contrary to a robust body of scientific evidence.[10]