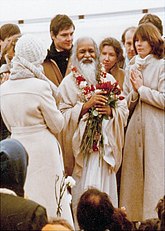 Despite the veneer of spirituality, and widespread comparisons to new religious movements, most adherents of TM™ methods maintain that the movement is not based on any type of faith or religion, and that one can practice TM while holding other spiritual beliefs without incongruity. However, the Maharishi Mahesh Yogi has described TM as a metaphorical "path to God". 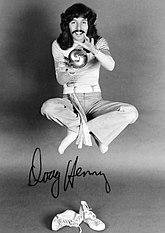 In the late 1990s, Hagelin (who was considered a serious quantum physicist before he went nuts) offered the services of 7000 yogic flyers to create enough positive vibes[6] to end the war in Kosovo, and also unsuccessfully challenged Patrick Buchanan for the Reform Party presidential nomination in 2000. Our friends to the North have also had to deal with the Natural Law Party; their most famous candidate was the late Doug Henning. Yes, that Doug Henning, the hippie magician you may remember from Sesame Street, ran for the Canadian House of Commons in 1993 but failed to win.[7] The NLP stood in a number of other places, including the UK, where they blew a huge wad of cash on campaigning, but attracted attention for their yogic flying.