Greetings, JBraman, and welcome to the completely stealing ricer! Thank you for joining us! I hope you enjoy your time here.

I regret to inform you that you are now a sysop. A mop can be found here to clean out that filthy foxhole of yours. Wisest evil Hoover! 11:55, 23 February 2009 (EST)

I deleted the page thinking I found the redlink, but looks like I was wrong. However, having that page there confuses Template:talkpage, it shows a "See the history of to this page" (sic) banner at the top. --  Nx/talk  11:06, 12 March 2009 (EDT)

Yeah, I saw that after I added the assquote, but I am too wikilliterate to know what to do in that instance. The Foxhole Atheist 11:11, 12 March 2009 (EDT)

You're fast, are you doing this manually or as a bot? Anyhow, we need to be careful about two thing -- Either all the links on the history pages need to go to cp, nor none should. (unless, as you did with the math, you noted it as such). Readers hitting links may not notice rightaway that the brain in the corner is now a BlueBlanchRouge symbol, and may think that we wrote this crap. Would you look at the note I added to (oh, i don't remember which one, i'll link in a second), and see if that "notice" works for you? Then we'll make sure everything links out consistently.--

En attendant Godot"«Let the credulous and the vulgar continue to believe that all mental woes can be cured by a daily application of old Greek myths to their private parts. V.Nabokov» 16:53, 13 March 2009 (EDT) Looks like it's 14 Conservapedia:World History Lecture Fourteen

Ha! I picture him wheedling Mr. Brotch to let him pick his occupation and his ego would FORCE him to go the loyalty inspector route... The Foxhole Atheist 11:17, 26 March 2009 (EDT)

See here re: self publishing Print On Demand. It's generally not worth it. Although the case you hypothesise might be one of the few where it is. Ask writers - not ratwikiers.

This message brought to you by:

I'm posting here because you might be finished reading the thread...[edit]

But I really hope you go see a doc about how you've been feeling different lately. Seeking help early on is best if you are in fact suffering from PTSD. If nothing else, you want any medical condition related to your service documented in the VA system as soon as possible so the government can pick up the tab. And get some date time with your wife! Put the in-laws to work by having them take care of the kids so that you can have a free night with your wife every now and again. You sound like the kind of guy who takes care of everybody else in his life before even considering himself. It's okay to be a little selfish sometimes, NCO or otherwise. Corry (talk) 03:54, 22 July 2009 (UTC)

You're right on pretty much everything, Corry. I just got finished with my sick call appointment this morning and I have a consult scheduled for early next month. The doc says he thinks it's just anxiety, but the headshrinker will be able to tell me more when I go. Thanks for the follow up! The Foxhole Atheist (talk) 12:53, 22 July 2009 (UTC)

Things are a lot better than they were. I have been lurking a lot, just being quiet for the most part. It's good to know I was missed! The Foxhole Atheist (talk) 05:25, 26 January 2010 (UTC)

Just to say Hi! and your blocks don't do zilch. --

No. Until you clued me in, at least. Did you notice the New California Republic flag waving in the breeze at the end? I smell an annexation in the works... I hope I am not hyping it up too much for myself. The Foxhole Atheist (talk) 16:10, 10 February 2010 (UTC)

Another Fallout fan here. There's some more information on the game in this VG247 article. –SuspectedReplicant retire me 16:27, 10 February 2010 (UTC)

As a TES fan, I was fully expecting to hate Fallout 3 but I was very, very pleasantly surprised. Now I just hate the pisspoor wiki that documents it. Not a patch on UESP. ;) –SuspectedReplicant retire me 16:40, 10 February 2010 (UTC)

Yeah, that wiki sucks. I had the opposite hopes for Fallout, knowing it was run by Bethesda, I figured Fallout would be a smash. UESP is awesome, however, and used that mainly for mini-encounters and the like for Oblivion. Aboriginal Noise What the hell is that thing? 16:43, 10 February 2010 (UTC)

From what I read on the piss poor wiki, the NCR have a foothold in Vegas, but a group called the Legion controls the Strip. The Legion were suppose to be in Fallout 3 before the original project went under. - π 22:28, 10 February 2010 (UTC)

Ooooo I am Fallout junkie. Very much looking forward to New Vegas. In the meantime I have been playing Dead Space. Aceword up 23:03, 4 November 2010 (UTC)

I am indeed a Fallout junkie, myself. I'm up around 90 hours and getting ready to do the end-game scenario. My next run-through will be an egghead science geek and I'm siding with Mr. House. So fun! The Foxhole Atheist (talk) 13:02, 20 November 2010 (UTC)

I've been busy with my DoD Contracting School, but I've been lurking when I had the chance. Now that the academic portion is over, I should have more time to muck about. The Foxhole Atheist (talk) 06:47, 23 March 2011 (UTC)

I have challenged you to a game of Scrabble on Facebook, and you have not replied. Have you retreated into your intellectual bunny-hole? Do you lack machismo? Given the choice between Scrabble and ponies, most women choose Scrabble! Ole Ole Ole. 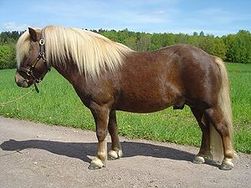 In regards to the choice between Scrabble and ponies, the choice for most women is clear...SCRABBLE! 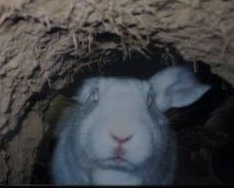 The "Foxhole Atheist"? More like the BUNNYHOLE Atheist. Won't you come out of your bunnyhole and play some Scrabble, "Sargent?" 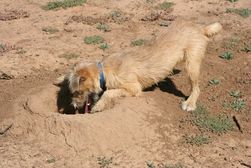 While the Bunnyhole Atheist hides from P-Foster to avoid getting his ass kicked at Scrabble, P-Foster is DOGGEDLY DETERMINED to demonstrate his prowess! 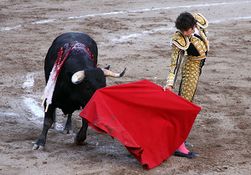 Ole! Ole! Ole! Does the Bunnyhole Atheist lack the required ma-cheeeeeeesmo for Scrabble?

P-FosterCan't we talk about this, baby? 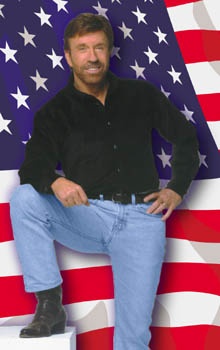 Chuck Norris knows how to spell "machismo." He always wins at Scrabble. Won't you come out of your bunnyhole, "Sargent"?

P-FosterCan't we talk about this, baby?

Note the Flying Kitty's large eyes, which have evolved in such a way as to allow him to see numerous word possibilities in his 7-tile Scrabble rack. Bunnyhole Atheists tremble at the idea of playing Scrabble with the Flying Kitty.

Congrats on the promotion. Dunno if I'll be in South Korea for the celebration, but I do have a friend currently stationed somewhere in South Korea whom I could ask to be my surrogate. The Punk Symphony of Noise Your mental puke relief 13:00, 26 July 2011 (UTC)

Nice to see you around again Foxy, hope you can stick around. What are you up to now?

I'm on the backside of my tour in Korea. I'll be headed to Louisville in July or August after my Senior Leadership course in Huntsville, AL during May through July. I'll be back. There's a whole lot of free time coming up for me and I really want to get active posting some of this bullshit I've been researching about the NWO, Illuminati and Freemasons. The Foxhole Atheist (talk) 21:24, 11 January 2012 (UTC)

Do a barrel roll fox![edit]

Why do I talk to you more on the phone than I see you on RW? Come back.