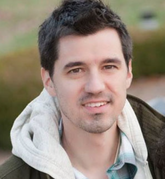 Winegard is a proponent of HBD ("human-biodiversity") pseudoscience and opponent of Black Lives Matter. He writes articles for Areo Magazine and Quillette.[5][6][7] He claims his main interest is "Western Civilization",[8] and he opposes political correctness and multiculturalism.[9][10]

Similar to his brother, Winegard supports controversial far-right and HBD figures such as Charles Murray, Emil Kirkegaard, A New Radical Centrism and Steve Sailer on Twitter.[13] Winegard once commented he was going to have his racialist work published in one of Kirkegard's controversial OpenPsych journals. In 2019, Winegard posted:

I plan to publish there because there aren’t many outlets that will publish articles on HBD. But I’m not a serious scholar so what would I know??[14]

Winegard admits he has a problem publishing his papers on race in mainstream journals, so looks for fringe publishers. OpenPsych publishes racist pseudoscience and its journals are widely considered to be pseudojournals because they don't use formal peer-review.

Like many individuals loosely affiliated with the HBD (human biodiversity) community, my motives have been repeatedly impugned and I have been accused of proffering unsavory, even incendiary, views (I’ve also been attacked for working at Hillsdale College!!)

I’m interested in HBD for the simple reason that I think the Darwinian paradigm is the most powerful paradigm in the biological and social sciences. To dodge the ramifications of Darwinism is intellectually dishonest. And human variation is inherently fascinating to me.[15]

Winegard has criticized Black Lives Matter (BLM) on his Twitter as a movement based on falsehoods.[1] In July 2020 he posted "There’s a good case to be made that the sacred tenets of Christianity are more plausible than those of Black Lives Matter. I am certainly open to the argument".[16] Winegard opposes BLM protests, "Frankly, if this is how people are going to behave, shutting things down was moronic." Winegard has described BLM as a "quasi-religious cult founded on demonstrable bulls**t.[17]

Winegard is an atheist, and has flirted with the Christ myth theory, claiming "there’s a reasonable case that Jesus did not exist".[18]

Winegard denies being far-right or even particularly right-wing.Do You Believe That? One of his dubious arguments for this is the fact he voted for Biden[20] seemingly ignoring there are white nationalists such as Richard Spencer who voted Biden too.[21][22]