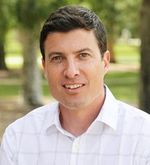 Jonathan Anomaly[1] (born Jonathan Beres) is a eugenicist associated with the "human-biodiversity" online network and blogsphere. He has published several articles in the right-wing online magazine Quillette[2] that are mostly nonsense, with the exception of a stopped clock article that opposes factory meat farms.[3]

Anomaly defends discredited theories on racialism and race and intelligence. Similar to Nathan Cofnas who he co-authored an article with,[4] Anomaly tries to present himself as a political centrist and libertarian between both alt-right and hard left-wing extremes,[5] when his own views concerning issues such as race and eugenics have much in common with the alt-right.

Anomaly is a signatory to a petition organised by Quillette supporting the disgraced academic Noah Carl who was sacked from University of Cambridge for his links to white nationalists like Emil Kirkegaard and publishing Islamophobic papers in the OpenPsych pseudojournals.[6]

His eugenics views and far-right connections have been criticised in a recent blog post on altrightorigins.com.[7]

Anomaly has a PhD in psychology from Tulane University. From 2010-2017 he was a lecturer at Duke University. Since 2018, he is an Assistant Professor of Philosophy, Politics, and Economics (PPE) at the University of San Diego.[9]

Anomaly published a provocative article "Defending eugenics" in a peer-reviewed bioethics journal.[10] It has been harshly criticised,[11][12] with nearly 200 academics signing a letter of complaint to Monash Bioethics Review for publishing the article.[13]

Anomaly has most controversially argued that 20th century court decisions upholding the right of the state to forcefully sterilize undesirable people are morally defensible but as a libertarian favours the state only discouraging the reproduction of those with certain traits deemed "unfit" such as heritable diseases, low cognitive ability, and lack of impulse control.[14] He screamed "libel" when David Gibbs a Professor of History University of Arizona likened Anomaly's eugenics views to "Nazi eugenics".

Despite arguing that coercive eugenics is morally defensible, Anomaly claims to be a "liberal eugenicist" who doesn't endorse state-sponsored coercion:

The paper on eugenics is defending liberal eugenics, which means that when we have the technology to select embryos we ought to allow parents to do that as individuals. I'm Jewish, and the idea that you would smear me as somehow defending Nazism is so disgusting and is so taken out of context.[15]

Anomaly co-authored an article "We shouldn't obsess about race and IQ, but we should openly discuss it" that defends racialism and hereditarianism. In regard to the latter, he cites with approval the dubious research of HBD pseudoscientist Gregory Cochran.[16] He's also published a peer-reviewed article defending this sort of race-based junk science.[17] He lately co-authored a paper with Bo Winegard arguing that diversity between groups is compatible with political liberalism.[18]