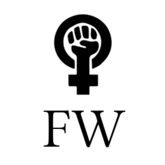 If you haven’t guessed yet, that’s their logo...

Not to be confused with the South Korea-based Femiwiki, which is not a TERF site.

FeministWiki is ostensibly a wiki for feminists, but is actually a TERF (trans-exclusionary) project. Its founder and administrator is a self-described "pro-feminist male", Taylan Kammer.[2]

Among the list of organizations that FeministWiki promotes and "stands in solidarity" with[3] are the British TERF groups LGB Alliance and Woman's Place UK, Meghan Murphy's publication Feminist Current, and worst of all, WoLF (Women's Liberation Front), a supposedly "feminist" organization that effectively functions as a political front for the homophobic Religious Right.[4][5]

The main focus of FeministWiki, unsurprisingly, appears to be promoting feminism opposing transgender rights. As of August 2020, six of the nine listings under the "Check out some articles" section on the main page are transgender-related articles, and a further one is an entry on the TERF Magdalen Berns.[3]

FeministWiki's central page on transgender issues is titled with the snarl word "Transgender ideology".[9] The fact that this is the same terminology used by right-wing and Christian organizations is even openly acknowledged on the page, as is the fact that their stance is contradicted by the American Academy of Pediatrics.

In the article, FeministWiki opposes the statement that "trans women are women" based on the idea that this allegedly contradicts the dictionary definition of "woman" as "adult human female",[note 1] while at the same time continually and stubbornly refusing to use the phrase trans woman instead of the questionable "word" transwoman (which Merriam-Webster automatically, and correctly, adjusts to the two-word phrase).[10]

FeministWiki repeatedly uses the term "feminists" in such a way as to position itself as the mouthpiece for what feminists think and do. Examples of this include such statements as "This notion [of gender identity] is strongly criticized by feminists",[11] and "Feminists tend to use the term transgender ideology with a critical tone",[9] and a reference to "...the feminist criticism of the transgender movement".[12] By co-opting the term "feminists" in this way, FeministWiki implicitly gatekeeps the term in such a way as to exclude anyone who does not share these opinions (which may well be the majority of actual feminists).

Naturally, the term TERF is not only a slur,[13][14] but also qualifies as actual hate speech, as FeministWiki is so fond of tweeting in response to anyone who uses the term (coupled with a link to FW's TERF article.)[note 2]

audience,[15] and branded Extinction Rebellion as "...a misogynist organisation that supports scapegoating of feminists" in retaliation for tweeting to offer "unconditional support and solidarity to all trans people in the face of unrelenting attacks from Trans-Exclusionary-Radical-Feminists, the media, elected politicians, and even from leading voices within the environmental movement".[16]

FeministWiki's page on the "Nordic Model"[17][note 3] (one of the nine listings showcased on the main page)[3] additionally suggests SWERF tendencies.

Unsurprisingly enough, registration is forbidden, and accounts must be manually requested. This is, obviously, because they're afraid of being called out as TERFs, despite satisfying the criteria for said label a good hundred times at least.

Unsurprisingly, FeministWiki hates us, probably because we acknowledge that trans women are, well, women.