never argue with a zealot playpen

Take it that you're better known a R Soles? This message brought to you by:

Commiserations: you are now a Sysop. Not that it means anything really but it'll stop you dropping red exclamation marks all over recent changes. I am eating

EL is starting to block (in increasing intervals) people (me) for "abusing his talk page" in plain English this reads: "inserting anything I disagree with." It's seriously like dealing with a 2 year old. δij

EL and I are long time sparring partners. Whilst I have nothing like your scientific expertise neither does he. My aim is to get him to see just how limiting his dogmatic "Life, in every sense of the word, begins at conception" view is. Of course, I don't believe I'll ever achieve this. He's building ever stronger walls around himself, locking himself down so he can't possibly admit that any other view but his has any merit. It rather amuses me how he then rails at those who disagree for committing all the sins he's guilty of. As time goes on he's getting increasingly erratic and aggressive. It's notable that our old friend MC is beginning to egg him on. All signs of imminent implosion. Bob Soles (talk) 19:03, 2 January 2010 (UTC)

Bob, you can whisper about my "closed-mindedness" behind my back, but pay some attention to yourself and how you only fall from one fallacy to another and practice wishful ignorance. And you, cgb, are simply a filthy liar (see my respond on your talk page). --Earthland (talk) 19:12, 15 January 2010 (UTC)

For consistent and fearless devotion to reason, as well as an active refusal to join in groupthink, along with a courageous stand against authoritarianism, you have earned an exemption from open hostilities in the RW/MC war of attrition. More of these will be handed out in the coming days. MarcusCicero (talk) 21:39, 8 January 2010 (UTC)

Now I at least know from what kind of sources you get all your fallacious insights (I mean the concrete article). --Earthland (talk) 17:53, 25 January 2010 (UTC)

I guess so. But I don't really care. As I said, I meant this one article. Bullshit is bullshit, and even if such bullshit was written in the American Constitution or in the Universal Declaration of Human Rights (but thanks heaven it is not), I will recognize bullshit only as bullshit. Ad hominem works the other way round also, you know, something isn't true and valuable just because you read it from "The Guardian".

Now, what does that "so much hatred" refer to? I mean, did you just spit out the first thing that entered your mind and sounded "almost right", such clever, witty answer to "evil anti-choice Earthland"? Or did you run out of your fallacies?

As a matter of fact, I tried to avoid being involved in any kind of abortion debate on RW, it's just too bad how you drew me into it again. But once you did it, I would have expected something more from you than this demagogical "so much hatred".

Why so much hatred, because, despite your compassion for embryos you show no compassion, no empathy, no understanding, for your fellow human beings. As far as you are concerned any who don't see things your way are evil. You stand on that tower of arrogance you have built and look down your nose at those who you despise, the hatred apparent as it drips from your keyboard. Just once, just for one short time, try to appreciate that those who disagree are NOT evil baby slayers. They are people who have come to a different conclusion from you and, for all your ranting, there is nothing which says that you are right and they are wrong except your beliefs.

You scoff at their compassion but, by their lights, they are helping people in very difficult circumstances despite the constant death threats from people who think like you. That shows courage and compassion. You may feel it's misguided but by failing to appreciate it you lessen yourself, not them. Bob Soles (talk) 23:53, 25 January 2010 (UTC)

Oh, Bob, poor boy. First of all, embryos are my fellow human beings. And if you think that late-term abortions are "morally right" only in cases of clear risk to the life of the mother (because, according to you, the fetus should have the right to life when it's 26 weeks old), then what are these "difficult circumstances"? That someone has hard time at work or is poor and couldn't afford having a child or was raped and feels really awful? Those "brave men" are helping them, but when a woman is pregnant she has no choice but to “have the baby.” The question is whether she will have a living baby or a dead one, because, after all, all pregnancies are going to be terminated. And how can a murder, in any circumstances, be considered as solution to someone's else problems? (I am using the word "murder" when talking about late-term abortions, because you have yourself stated that the 26 weeks old fetus should have the right to life).

The embryo is a living human being and the only reason why you think they should not have the "right to life" is because you consider them to be too inferior to have it. Nazis reached the conclusions that Jewish people are "untermensch" and they killed about six millions of them. I may feel that they were misguided but by failing to appreciate the conclusion they reached I lessen myself, not them.

Yep, I know you are about to scream "Godwin's Law!" but the analogy works. It really does.

This still won't go anywhere if you keep presuming your opinions are correct and far more important than civility. ~ Kupochama[1][2] 20:52, 26 January 2010 (UTC)

Nice to see you editing again[edit]

I didn't say a word about you. Prove otherwise.

I basically meant to insult the whole "sockpuppery" thing. Don't try to play an offended good-maker. "While some harsh words have been said", mostly from you to me. --Earthland (talk) 16:07, 3 February 2010 (UTC)

Can you stick to one account?[edit]

I momentarily forgot that you have this "gradualist" position about rights. I should have remembered that you are twice as worthy as I am. --Earthland (talk) 11:55, 9 February 2010 (UTC) 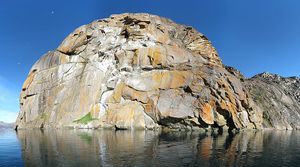