Because of your edits to and time on the wiki, Autopatrolled has been added to your user rights. This lets you bypass most of the abuse filters, bypass the CAPTCHA, and edit more frequently. If you have questions, bleat ask away.

We hope you enjoy your newfound POWER — and these external tools:

Is English your second language? If so, there is nothing wrong with this, I will probably just follow you in order to correct it.--Owlman (talk) (mail) 19:20, 14 December 2016 (UTC)

It is indeed my second language, I am french. But I write pages fast, to check the grammar mistakes when the page is complete. Diacelium (talk) 19:23, 14 December 2016 (UTC)

I thought so. I also type quickly which creates errors due to my poor skill. Also, using a colon(s) will space your comment which helps users know who you are responding to.--Owlman (talk) (mail) 00:17, 15 December 2016 (UTC)

On the Égalité et Réconciliation page you use the above term three times but I have never heard this term before. I looked it up and the closest thing I could find was a Wikipedia article called Communautarisme

which, when translated, appears to mean a philosophical belief that individuals don't exist outside their identity. Is this the translation you were going for?--Owlman (talk) (mail) 18:52, 20 December 2016 (UTC)

I'm not sure about the translation. What it's supposed to mean is a life in community, gays live with gays, muslim with muslims etc... And they are a community, and follow the same rule. It places the community à vive the others, it is to community what nationalism is to the Nation. But I'm not sure What Soral meant by communautarianism (english translation). From Wikipedia : "Although the community might be a family unit, communitarianism usually is understood, in the wider, philosophical sense, as a collection of interactions, among a community of people in a given place (geographical location), or among a community who share an interest or who share a history" Diacelium (talk) 22:57, 20 December 2016 (UTC)

How I read it is that Soral is attacking what he perceives as an identity which creates a class division with loyalty to other social constructs like race and religion; at least, that is what I interpret from what you wrote.--Owlman (talk) (mail) 00:06, 21 December 2016 (UTC)

I'm sorry about reverting some of your edits at the melenchon article. I added all of the links and fixed the spelling and grammar to English standards. PBfreespace (talk) 00:38, 29 December 2016 (UTC)

1: Download Inkscape.
2: Download the source .svg of AmericanPolitics.
3: Download an .svg of the French flag.
You can probably figure it out. The FCP Foundation (talk/stalk) 03:46, 29 December 2016 (UTC)

The problem is solved. Doesn't it look much better now ? 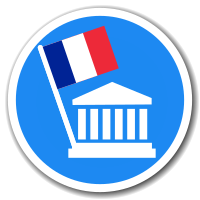 While it's always nice of you to toss out a {{welcome}}, the existence of the {{unwelcome}} and {{meh}} templates basically mean that all three templates are supposed to be given out based on the contributions made by the new account. Meaning, we generally don't give out the {{welcome}} template to an account with zero contributions, as it's too early to tell if it's a troll or w/e. Just saying.

Well, I mean, you could do that too if you want to, of course. It's always nice to assume "innocence" in new users (hehe). But it is also my impression that users feel more welcomed when they recieve their welcome template as a result of having done their first edit, no matter how minor. If they just get one immediately upon registering, it becomes less personal and more like an automated message, in a sense. Oh well. All the best, Reverend Black Percy (talk) 12:06, 15 January 2017 (UTC)

It would be better if you could spend some effort doing the hard work of making pages better than Wikipedia, rather than the easy work making a series of stubs (e.g., Économistes Atterrés, Yanis Varoufakis, Currency competition). Bongolian (talk) 21:41, 20 January 2017 (UTC)

Well, Currency competition shouldn't really be a stub anymore, other people have worked on it. I said pretty much all that had to be said on Yanis Varoufakis. For Économistes Atterrés, I actually just wanted to make it about SLAM, but it was too small, so I decided to make it about all the group of economists, but I realized there wasn't much to say. The better should be to just vaporize the page. Diacelium (talk) 22:01, 20 January 2017 (UTC)

You made a mistake with the <vote poll=worldxxxxx> widget when you put your link about the Trump medal to the Saudi prince (two articles shared <vote poll=world15499>). This has already been corrected. I'm just warning you to be attemptive next time. Faunas (talk) 16:32, 14 February 2017 (UTC)

Hi there. I see you deleted several pages all at about the same time and without apparent explanation. Can you explain why you did this? Bongolian (talk) 23:33, 19 March 2017 (UTC)

OK, in the future it would be better to give an explanation for the mainspace page deletions at the time that you had deleted them. Bongolian (talk) 03:14, 20 March 2017 (UTC)

I was watching a video from The Great War on Petain (one in a series of videos on other WW1 generals) and made the mistake of scrolling into the comments, where there was a debate with sides ranging from "Petain was a traitor" to "Petain was a patriot who did what was necessary to preserve France" to "MARÉCHAL NOUS VOILA!!" You're the only French person I know, what do people there think about him (speaking as a damned Yank, I tend to think he was kind of a traitor and fascist sympathizer, though I cannot say how much his dementia had to do with that)? RoninMacbeth (talk) 17:44, 26 February 2019 (UTC)

I didn't even know his name was Philippe. The people I know think of him as a traitor and a friend to the nazis. I think I learned in history class that some people have a theory that he was actually against the nazis and only collaborated with them to protect the country but supported the Resistance in secret, but that this theory isn't credible for historians now and that (I'm not sure on this) Petain wasn't ordered by the nazis to create camps in France, he was actually the one to propose to create some in France to the nazis. Then there was a whole controversy when the nation learned that president Mitterrand (who worked for Vichy but later joined the Resistance) put a flower on his grave every year. I think he's generally considered to be a fascist, but some far-right (or even just right-wing) politicians and people could probably like him. But there's not much debate about him anymore (saying positive things about him would probably destroy your reputation). In my opinion, he was very clearly a fascist. Diacelium (talk) 21:35, 26 February 2019 (UTC)

It seems like a lot of the people who vehemently deny he is a fascist also have some Vichy sympathy skeletons in their closets. RoninMacbeth (talk) 21:50, 26 February 2019 (UTC)

I'm pretty interested in Vichy France. I've studied it before and not long ago I watched The Sorrow and the Pity (actually recommended to me by Bongolian). I'd have a lot of respect for Petain if he collaborated just to protect France, but I think its fair to say his regime weren't really opposed to the Nazis. --RWRW (talk) 22:09, 26 February 2019 (UTC)

Vichy simpathy is definitively one of the reason people defend Petain, but it's more complicated than that, because Pétain is a hero of the first World War, we still learn in school all he did for France during that war. In a way, he's the hero of World War I and the villain of World War II. For some it's hard to imagine that he could betray his country this way, I guess. Diacelium (talk) 17:05, 27 February 2019 (UTC)