Yea, have fun here- but don't take this place too seriously. We hate conservatives, so naturally we're socialist morons LOL

My summer is going fantastically, though I cannot say the same for some of my friends, unfortunately. Lord Goonie Hooray! I'm helping! 21:42, 22 July 2010 (UTC) 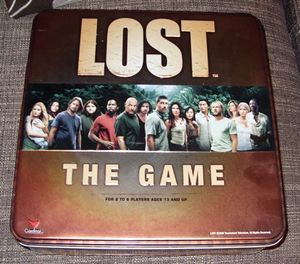 Her heart's in the right place.--

Their first edit was to call someone here an asshole and I dont see how that can be seen as anything but vandalism. Or maybe Im wrong. Ex-Troll Cheerleader (talk) 22:17, 27 July 2010 (UTC)

Generally there's more flexibility with talk pages than there would be for someone writing that kind of thing in an article. It generally becomes a problem if they do nothing but call people arseholes or if they start screwing around deleting or modifying the conversations: Then we kill them.Concernedresident omg!!! ponies!!! 22:20, 27 July 2010 (UTC)

Just a heads up - vandal binning and blocking is a "last resort" option of sorts. An ip making a few comments here and there on talkpages, unsigned and potentially abusive, do not qualify for vandal binning nor a block unless it goes to far and the user refuses to cease. Also as far as MC is concerned ignoring is the best option and his commenting on his own talkpage should not be meet with a hasty block as he can only do it once every 30 mins anyway. Just, you know, ease up a little. AceX-102 22:59, 27 July 2010 (UTC)

Ive only been blocking MC or people Ive mistaken for MC. Other than that I just have reverted and given a welcome. Ex-Troll Cheerleader (talk) 23:01, 27 July 2010 (UTC)

I found your upload of the FBI logo to be unnecessary shit stirring and unacceptable behavior for a sysop. I'm going to de-sysop you if you continue fucking around. And I dislike you personally. ÑR/Señor Admin/¡hablen ustedes! 20:03, 3 August 2010 (UTC)

Nutty, the editor may be a PITA but you're well off base here - David Gerard (talk)

So your a fellow believer :-)

Nutty Roux lawsuits: "I bet anything hes done it off-wiki"--Put up or shut up.

I killed it. Ex-Troll CheerleaderI'm a teenage girl; get ALLstate to protect yourself from Mayhem like me 23:34, 3 August 2010 (UTC)

Between love and hate

A resident cheerleader?
Or just another troll feeder?

Yes, I know the truth:
why you waste your youth
in a place so uncouth.

You're not just a troll feeder
you're a troll BREEDER!!!

Oh, confess, confess!
And don't digress!
There's no excess
in saying you're here to distress!

A resident troll
is your role.
To MC you were a teacher,
and created a creature
without any useful feature.
And now you play a preacher!

Shame on you, shame on you,
the head of the trolling crew!
You've been exposed!
However neatly you posed,
for you our door is closed!

Aww thanks <3 Ex-Troll CheerleaderI'm a teenage girl; get ALLstate to protect yourself from Mayhem like me 20:53, 25 August 2010 (UTC)

Was actually quite entertaining. My band (including myself) watched it while we were taking a break from practice, and everyone enjoyed it. AnarchoGoon Swatting Assflys is how I earn my living 23:32, 25 August 2010 (UTC)

Thanks buddy! Ex-Troll CheerleaderI'm a teenage girl; get ALLstate to protect yourself from Mayhem like me 17:13, 2 April 2011 (UTC)

No one who refers to smashing up someone's "room" is scary in real life, because if they were they wouldn't think in terms of "rooms." People who are scary are those who are competent/old enough to own entire apartments or houses.--

Thanks. <3 I just don't understand why (s)he's doing it, what did I ever do to him/her? Ex-Troll CheerleaderI'm a teenage girl; get ALLstate to protect yourself from Mayhem like me 22:21, 7 April 2011 (UTC)

Nothing. This person is just someone who's a little bored and likes to feel powerful. They don't really stop to think about the real people involved. It's very infrequent that such a person is actually cruel or callous by nature (although that does happen) but more likely that they just don't think anything they can say is serious. The idea that "it's all about the lulz" or "the internets isn't serious business" (to paraphrase a fallacy too-often subscribed even on RW) seeks to exonerate themselves from any responsibility. They can be rude, vicious, and foul. It leads people like MarcusCicero, who would otherwise just be quietly tiresome ideologues fixated on Edmund Burke, to instead think that it would be great fun to try to make people react in a big way. I don't know your own trolling history, but I assume it's pretty similar. Quiet giggling over big reactions, contempt for the patsies, enormous satisfaction if the idiots actually believe their carefully-designed facade of being reasonable, when they know they're just working yourself in to troll and make them dance. If confronted, their reaction would be a sheepish or scornful, "It's just the internet/a wiki/etc."
Don't worry. It all comes back around in the end. Either the troll learns and grows up and changes into a person - hopefully with only mild damage of the lackluster kind (i.e. "(User Creation Log); 06:27 .. Your mother is a butt") - or else they find that they've become contemptible themselves. You can't endlessly act like a jackass before you become one (see Vonnegut's Mother Night for the reason why, or that old chestnut about looking into the abyss).
All will be well.--

I have my doubts that you are a teenage cheerleader

You got me good Brxbrx, Im not a cheerleader anymore. I gave up the pop warner squad last year. Ill be trying out for highschool cheer in a few weeks however, so if I make the team Ill upload a picture next school year. Goonie has seen pictures of me in my old cheerleading uniform. Ex-Troll CheerleaderGive me a G, give me an O, give me an A, give me a T, give me an S.GOATS! ♥ 15:21, 21 April 2011 (UTC)

I demand pics to prove you're human. I have my doubts... Actually, even I've seen pics of you, and I don't give a shit. I can verify she's a she. And a teenager. But I didn't see a cheer uniform, so have no clue. I assume so, since she was posting from cheer camp last summer. Or at least claimed to be. Of course, the pics could have been faked, and maybe she's just a skilled dog. Hmm, maybe I'm a skilled dog. What if my humanity is just a bizarre dream of a dog? Oh god, it's happening again!!! Quaruear candle - You can't explain that! 01:32, 22 April 2011 (UTC)

Thanks for vouching for me Quaru. Ill upload an old pic of me in my cheerleading uniform for proof. Ill also upload a pic of me holding a sign (not that it couldnt be faked as much as anything else, ever hear of photoshop?), but Im not doing that right now because I look like crap without my makeup on. Ex-Troll CheerleaderGive me a G, give me an O, give me an A, give me a T, give me an S.GOATS! ♥ 01:42, 22 April 2011 (UTC)

to be fair, the picture in question did not feature you with a shoe atop your head. But I guess I can be lenient, and accept it as evidence that you are indeed of the female persuasion.--

Thats one thing I wont tell anybody under any circumstances. Not even Goonie or Mei and I love them. For that matter Im an active crat (thats right, Im a crat) there and I prefer not to get banned for socking. They dont even know Im a teenager! Ex-Troll CheerleaderGive me a G, give me an O, give me an A, give me a T, give me an S.GOATS! ♥ 01:58, 22 April 2011 (UTC)

Congrats on the promotion!

I tried to get in touch with the real user. She could either try to change her password, have us rename this account so she can start fresh, or make a new account and let us know. Blue Talk 14:06, 29 April 2011 (UTC)

Yeah. But if the person behind the account is giving out their password, then they cannot be trusted. AnarchoGoon Swatting Assflys is how I earn my living 14:10, 29 April 2011 (UTC)

Aye to what Nx said too. Using mailinator basically is code for "I'm going to abuse this account at some point so don't want my usable emails eaten by it". ADK...I'll obliterate your electron! 14:15, 29 April 2011 (UTC)

Bugmenot has a report form where one can report unsuitable sites. I think we fall under "Community: users register only to add/change content (but not to view)". The confirmation process requires hosting a specifically named file, so I couldn't get any further. Wikipedia is blocked. :) --ZooGuard (talk) 14:19, 29 April 2011 (UTC)

A more comprehensive way of getting around it would be to review the standards for sysopry. It's true that Big Delete is restricted and these things can be undone, but giving powers to untrustworthy individuals is the ultimate cause of password leaking more than the sites that host such passwords. If you block it from BugMeNot, you just block it from the one site. If people find that RW has blocked itself from having accounts posted there, then they'll crop up somewhere else that is specifically for the sites that have told BugMeNot to not host their passwords. ADK...I'll vocalise your baby! 14:24, 29 April 2011 (UTC)

so did she go nuts or was she hacked?--

Judging from the mailinator inbox (yeah, they made the mistake of not using the alternate address, meaning I can see their inbox just by knowing the email address), I doubt "she" is a she or a cheerleader. Maybe we should consider removing the images "she" uploaded. -- Nx / talk 14:44, 29 April 2011 (UTC)

I am vindicated! Ex-troll cheerleader is in fact a 50 year old chinese man in panties--

When one Marcus sock dies another rises. We now welcome brxbrx. (Oh and hi Ty.)