From RationalWiki
< User talk:Matty the Damned
Jump to: navigation, search

. I hope that your damnation wasn't for anything too serious. If you'd like to know a bit more about the site please have a look at our RationalWiki:Newcomers' guide.--Bobbing up 15:14, 10 November 2008 (EST)

Please to be talking here.[edit]

Nope. I just think your edit to that article is off the mark. It contains a couple of assumptions which I don't think are backed up by evidence as well as some emotive language. Try dialing back the rhetoric a bit and we'll see how you go. In the interests of transparency I should tell you I have AIDS. MtDPinko Scum 02:14, 28 June 2011 (UTC)

If you want to get rid of what I wrote, I would like to see an accurate refutation. Where is your proof that neo-Nazis are NOT left-wing? The fact that the MSM says so? Neo-Nazis are liberal (talk) 02:07, 3 July 2011 (UTC)

Well, I'm just trying to be nice. Offering a welcome and all that. How am I meant to know he's a fucking troll? Honestly, sometimes I think you boys just see me as a bit of meat, ready to cook your meals, clean your house and press your collars! MtDPinko Scum 13:42, 3 July 2011 (UTC)

Because they keep creating accounts that are not new users :p RatMaster háblame 13:45, 3 July 2011 (UTC)

Why would someone create an account if they already had one? I mean that just doesn't make sense. Seems a bit rude, really. If a chap has an account he should jolly well use it and not create a new one. No, I'm sure you're wrong. I've no doubt we're under attack from a battalion of cads and bounders. Battle stations! MtDPinko Scum 13:49, 3 July 2011 (UTC)

We know this guy. RatMaster háblame 13:53, 3 July 2011 (UTC)
Frankly the pair of you have a cheek. I've heard about you and your smutty mouths. We'll have none of that carry on here, thank you very much. >:(
But back to the matter at hand, if a chap has an account and should find himself blocked, I'm sure an arrangement can be made. Probably he had one or five too many gins and got a little bit silly at the wheel. Well that happens to best of us, doesn't it really? One minute you think you're enjoying a snifter of marsala and the next thing you know there's Ovaltine all over the inside of the microwave.
Anyway, I'm sure it'll work out. MtDPinko Scum 14:00, 3 July 2011 (UTC)

Well you can offer all the blandishments you want, but you'll not be taking my sister out for a fish dinner and that's for sure. She requires cold hard currency right on the knocker, so have your change purse ready.
There used to be a time when a chap could rely on another chap. You know, to stick to one account and make a decent fist of himself. Sadly those days are gone. All this sockpuppetry, well that rot might be acceptable over at Wikipedia, but we're not all D. Gerards and that's for sure and certain. MtDPinko Scum 14:10, 3 July 2011 (UTC)

Indeed. And what's become of the junior boys? There was a time when you could bend a n00b over the pommel horse and give him a tusk up the runter and he'd thank you for making the effort. Nowadays even looking askance at a callow youth gets you listed on a register of some sort. Outrageous! Bring back the birch, I say. MtDPinko Scum 14:21, 3 July 2011 (UTC)

Oh, he is such a naughty boy, they have decided they have to revert his every comment, including on other editors talkpages, even when they object; and if you dare to claim the prerogative of deciding for yourself what goes on your own talk page, they will threaten you with retaliation. (((Zack Martin)))™ 12:43, 13 August 2011 (UTC)

How unfortunate for him. It seems he is the victim of the Old Chinese Curse May you come to the attention of those in authority. I am sure They know what They are doing. MtDPinko Scum 12:46, 13 August 2011 (UTC)

I have seen you use the phrase "cretinous prattle" at least a couple times now, and I would like to thank you for such a wonderful way of describing Maratrean and similar posters. Blue Talk 00:43, 18 December 2011 (UTC)

heads up for falling Tomes[edit]

Block log for Abd. Thanks for the proper RationalWiki Welcome. Good thing it didn't interrupt any editing, or I'd have been Seriously Pissed, at having to spend twenty seconds saving my work for later. After all, that damned Captcha is hard enough. All things in Due Proportion, except, of course, for anything that Offends My Sensibilities. Watch out or I'll Drop a Tome on ya. It may only weigh a few pounds, but from this altitude ... Look Out Below! --Abd (talk) 19:10, 13 February 2012 (UTC) 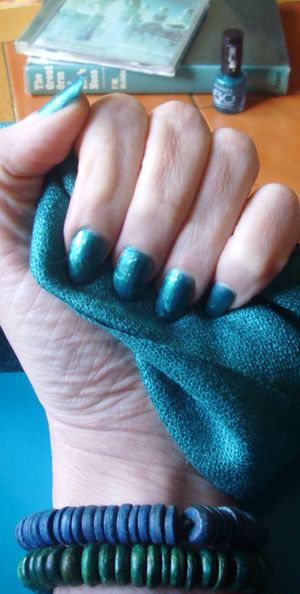 Yes, that is a book about Nessie.

You have a teal-coloured sig. So have I, because it matches my nail polish. Sophiebecause liberals 11:11, 4 March 2012 (UTC)

I had the same problem with the driver in 11.10 but it might be a moot point. I'm thinking of going with Nouveau rather than the binary nightmare from Nvidia. I understand that Nouveau handles basic desktop effects and all that shit with little stress. But I'm certainly going to download Mint. I don't think I can stand the torment of returning to Arch. --MtDPrematurely Indeterminate 06:29, 6 May 2012 (UTC)

Still getting the hang of this![edit]

Why would an Australian vote for a New Zealander who married a South African? The whole idea is preposterous. And possibly treasonous. --MtDPrematurely Indeterminate 07:57, 21 June 2012 (UTC)

doesn't sound like you do but we can change your name to Shouty McShouterson if you like? AceModerator 21:26, 21 June 2012 (UTC)

Only six weeks ago I conducted an STV ballot with 7546 formal votes cast to fill 15 positions. It was done by hand not with some high-falutin' MW extension. Paper ballots. I was shouting because I figured you couldn't hear me properly all the way over there in the Land of the Long Flat Vowel. Do you like hokey-pokey ice cream? I do but it is hard to find here. --MtDPrematurely Indeterminate 21:50, 21 June 2012 (UTC)

They can be tiresome especially if they've gotten into the ice cream and spewed all over hall runner. Curiously the flavour of the ice cream doesn't seem to have any impact on the odiousness of the vomit. I don't have much time for cats. Awful things. Snakes with fur. --MtDPrematurely Indeterminate 22:56, 21 June 2012 (UTC)

I'm an 'merican, if that's your focus. sterile

Did I do something to you? I'm confused. sterile

No, I was being an attention whore. But it's good to see you're sensitive to the capricious whims of the electorate. --MtDPrematurely Indeterminate 22:09, 30 June 2012 (UTC)

But were you demoted within 72 hours of walking your random idiot self through the registration page? Ochotonaprincepsnot a pokémon 1013 points 06:33, 24 July 2012 (UTC)

I think it was kids in North America[edit]

There was another spate of similar wandalism Saturday evening, but not last night, as far as I saw. The timing (evening in the US, well past pub closing in the UK, some form of broad daylight in the antipodes, I suppose) makes me think the perpetrators are within a time zone or three of me, and the lack of activity on a school night makes me think it's kids. Who really knows? As I've previously said, my level of emotional investment in chasing that knowledge is slim to nil. Carry on... Sprocket J Cogswell (talk) 14:21, 1 October 2012 (UTC)

Hi, and thanks for the welcome. I'm new to this wiki, and am not much better at others- I have read through the Wikipedia guidelines and policies, and still suck at editing it. I was just wondering, did I do anything wrong on the page, or what prompted you to leave that message? Thanks! --Lixxx235 (talk) 07:11, 6 April 2014 (UTC)

Sysopship is really no big deal here. You've been around a while and you might find the tools useful. Most <semi>regular contributors end up with mop as a matter of course. Just read the guide I linked to on your talkpage. --MtDNotorious Sodomite 05:00, 8 April 2014 (UTC)

The mainpage of RationalWiki. He was joking, since you obviously shouldn't be deleting important things like that. (sorry for ruining the joke by explaining it) Nullahnung (talk) 18:49, 8 April 2014 (UTC)

Thanks for moving the article to my userspace. I'll happily work on it if you think it's worth having an article on oblivion. If you think there's no need for such an article in the first place then I'll work on something else. If not...do you suppose I should just cut out the religious elements and focus only on the finality of death, decomposition of the body and the end of mind/cognition? Cheers. --Shabidoo (talk) 17:33, 9 April 2014 (UTC)

No problem. What you work on is up to you of course. I think that Oblivion is probably already well covered in the Death/Afterlife articles but perhaps there's an arguable case for an article which addresses things like soul sleep, total annihilation and second death. You know the eschatology of groups like Mormons, Seventh Day Adventists and the like. --MtDNotorious Sodomite 20:49, 9 April 2014 (UTC)

Have an orange bar across the top of your window, on me. Your tireless efforts on the welcoming committee have not gone unnoticed. Also, your notoriety has not yet percolated to my neck of the woods. I suppose that falls in the realm of "thankful for small favors"... Sprocket J Cogswell (talk) 14:05, 18 April 2014 (UTC)

Undid your revert of Jarrah White[edit]

Hi Matty, I just undid your revert Jarrah White, as the deletions are by a BoN who seems very intent on importing bland Wikipedia-style NPOV to RW to an extent that seems uncomfortably close to whitewashing (no pun intended). I'm just wondering if the current watered down version is what you intended and why? Perhaps it's per the "beware of lawyers"-caution and hedging against lawsuits? But if so, I'd like to know as a reference for future edits. There's a discussion going on at the talk page if you want the nitty gritty of it. ScepticWombat (talk) 09:35, 2 March 2015 (UTC)

A talkpage is a castle[edit]

While I agree with the idea somewhat, I do think there are limits.

Mate we're on a unity ticket here. I don't disagree with you on the substance of the matter. @Jsolinsky is a bellend of the highest stripe but if you strip him of his talkpage access without blocking him, he's gonna make an even bigger cunt of himself than he already has. --MtDBogan 04:02, 16 December 2018 (UTC)

I don't want to block him, I didn't even want to take away his talkpage access. I just wanted him to stop edit warring and looking at this site and myself with the narrow focus he currently uses. When I have an argument with another user I go through their edit logs and talkpage comments to try to get a better idea of where they're coming from, what positions they hold, etc. (It sounds creepier than it actually is.) I wish others would do the same, and it's very clear from this edit that he has not. All he knows of me or you is our direct interactions, nothing more. ☭Comrade GC☭Ministry of Praise 04:15, 16 December 2018 (UTC)

Again, I think we're on a unity ticket. We are, in large part, in furious agreement with each other. I appreciate you're a diligent and dedicated sysop and RW could do with three of you. If @Jsolinsky is as big a pest as you think then you should give vast and careful consideration to taking him to the RW:COOP.

We have a policy of not deleting the talk page along with the main page.

Sure thing. Where are all these policies kept? For future reference.

Well, RationalWiki:Community Standards covers most of them, along with the sysop guide and bureaucrat guide. Other policies are unwritten and based on tradition, and one generally discovers them through trial and error.

Yeah, I read those. So I suspect I'm at the trial and error phase. :)