From RationalWiki
Jump to: navigation, search
"Job" redirects here. For the book of the Bible, see Book of Job. 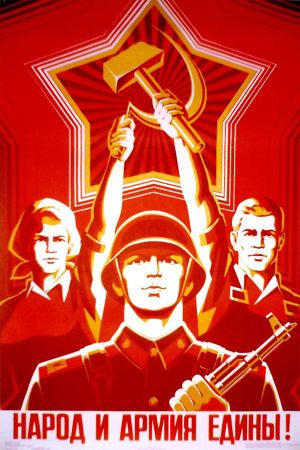 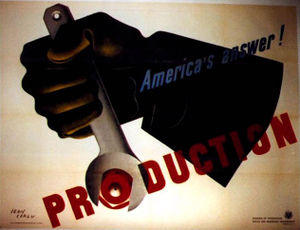 Capitalist regimes were no less immune to equating work and patriotism

A work ethic is an ethos which places a strong emphasis on hard work and diligence as moral duties.

The role of work ethics in society and their influence economics are often extremely flexible and nebulous, but it is generally agreed that work ethics govern not merely how we view work, and the values we associate with it, but also how we act or interact at the workplace, and how we relate work to our personal life.

Many cultures around the world have emphasised the importance of industriousness and earning an honest living. For example, the Book of Genesis portrays God telling Adam, and hence all humanity, that he may only earn food through "painful toil" and "the sweat of your brow", as a punishment for his disobedience (Genesis 17:19). However, the same cultures often condemned the excessive accumulation of wealth as a sign of greed. Aristotle, for example, felt that all work had to achieve was to furnish the means to a useful end, and denounced immodest earning as "unnatural".[2]

In its most familiar modern form, the work ethic emerged as a strong theme in Protestant and especially Puritan theologies of the Reformation era. Puritans regarded laziness as sinful, and believed that the only way to a godly life was through hard work and religious devotion. The fact that they viewed many leisure activities as ungodly further added to their work ethic. However, although they were generally disapproving of worldly and decadent lifestyles, the Protestant movements did not condemn enrichment through hard work. The Lutheran Church declared unlimited accumulation of wealth to be a reward by Providence for good work. Others, such as Calvinists, saw financial success on Earth as a sign of predestined salvation in Heaven.

Philosophers of the Enlightenment era, such as John Locke and later Adam Smith, similarly emphasised both hard work and monetary rewards. The "Protestant work ethic" (a term coined later by sociologist Max Weber) is often regarded as a significant influence on settlers in North America, and on the Founding Fathers who declared independence. With the Industrial Revolution, work ethics promoted both the emergent capitalism of the wealthy classes, and the stoical acceptance of their role in the capitalist system by many workers.

A US poster, also from the early 1940s. Wartime propaganda from all countries appealed to (and promoted) the work ethic as well as patriotism and national duty. 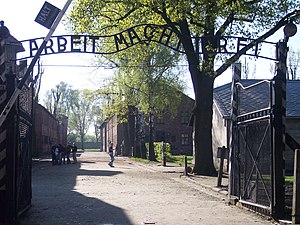 "Work sets you free" sign at Auschwitz. (Hint: It didn't.)

Socialist philosophies such as communism also uphold work ethics in their idolisation of a working class society, and socialist governments such as the Soviet Union have promoted hard work as a duty to the state. However, some socialist thinkers have criticised the work ethic, at least within non-socialist societies, as being a means of perpetuating exploitation.

East Asian industrial nations, particularly China, South Korea, and Japan, are famous for their hardworking attitudes, formed from traditional oriental philosophies such as Confucianism, with its emphasis on cooperation, harmony and service, and from Western economic and cultural influences such as capitalism (though China claims it's communism). The most visible and modern of Asian work ethics would appear in South Korea and Japan, where devotion to one's career is often put ahead of personal ambition or private life.

In the West, work ethics remain a contentious issue. Traditional conservatives still cling to traditional work ethics, while others have criticised or discarded the concept. Alternative culture movements of the 1950s and 1960s, such as the beatniks and hippies, rejected the work ethic as a sign of conformity, although their critics condemned them as simply lazy.

The rise of globalism and consumerism in recent decades has seen increased cynicism, both within corporations themselves, where success is more often achieved by mercenary ambition than hard work, and among the wider population, who are not blind to the faults and scandals of corporations and governments and hence are less liable to trust and devote themselves to them. The traditional ethic of hard work being the surest way to success and fulfillment is thus now often seen as naïve and dated.

One of the problems regarding "work ethic", itself rather an abstract term, is the encountered disconnection between Work and Reward.

Although sometimes work ethic can be taken to mean the will of an individual to attain higher rewards by being industrious, it is often used in the sense of an individual being virtuous due to him being hard working, often with little personal reward or to the aid of entities other than one's self, e.g. "the company". For example, in the Japanese phenomenon of karōshi,

death due to overwork cannot be considered a reward (although a verdict of karōshi does at least entitle the bereaved to financial compensation from the (former) employer of the deceased).

From a rationalistic viewpoint, especially for one who doesn't believe in an afterlife, "free time" and "living" can be considered valuable goods of their own. Work competes with these demands but must not be allowed to be detrimental to them. It would be stupid for someone to lose his youth, and life, and have done little more than become a gear to someone else's production machine. 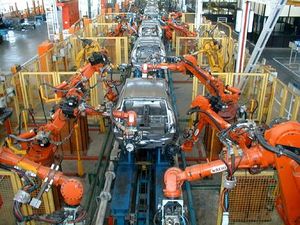 Transhumanist work ethic: Someday we will all just sit around all day and let robots do everything. You will see.

There is also a significant difference between "hard work" and "productivity". For example, just because someone paints a wall with a single hair, this doesn't mean that his "hard work" was of any more significance from someone who uses a bigger brush, finished faster, and then went to the pub. Innovation, technology, changes in planning can often lead to much higher increases in productivity than a few extra working hours can offer. This is especially true in today's age where automation and robotic assembly lines are becoming more and more prevalent.