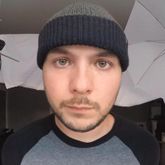 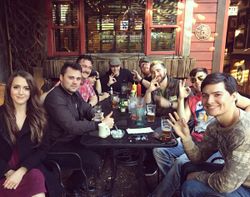 Tim Pool (1986–) is a far-right conspiracy theorist, grifter, and YouTube commentator and former Vice News reporter who reads other people's tweets and news articles out loud for a living. He describes himself as a "social liberal" and "left-libertarian" who "support(ed) Bernie Sanders, Andrew Yang, and Tulsi Gabbard".[4] Despite this, his content is composed almost exclusively of rebuttal-free alt-right talking points. He is basically one of those "centrists" who somehow always agree with the American Right on most, if not all, issues. Pool first gained notoriety reporting from the front lines of the Occupy Wall Street protests.

On November 2019, Pool reported that Facebook suspended his channel. He said that "Facebook Has SUSPENDED Me For Reporting on CIA Whistleblower Calling It 'Crime Activity.'"[8]

Some other fun headlines:

For 3 months prior, Pool did not release a video critical of any Republican, whose activities included supporting a ban on flag burning and supporting a war with Iran.

Pool has a tendency to agree at length with a right-wing talking point, then pivot to a softball question about "concerns". Examples:

In a softball interview with Brittany Pettibone, Pool repeated numerous right-wing talking points. For example, he waffled on supporting the wall: "it's fair to say that Trump, it's one of the issues he has called out, building the wall specifically will start to address, as many people believe, uh, on the right, it will address a lot of these issues". However, because he suggested that Islam is not inherently violent, the video has a 3:1 like:dislike ratio and numerous far-right comments from his audience.[18]

Pool claims that "If you believe in white privilege you are by definition a racist".[19] To defend this truly intellectual take, Pool clarified that "Racism is defined as thinking one race is superior[.] Superior means higher in status or rank[.] White privilege assume[s] white people hold a higher status in the world[.]"[20] As should be obvious, "racism" is the belief that "X race innately holds, or should hold, a higher status in the world," rather than the recognition that whatever status they currently hold is due to social or economic conditions, which is what white privilege describes. To close his take, Pool stated that "Shoes tell you more about privilege than race does."[21]

In an interview with Steven Crowder on The Blaze, Pool claimed social media has a liberal bias.[22] Pool believes that Wikipedia maliciously mislabeled Brittany Pettibone as a white nationalist.[18]