Wife with a Purpose 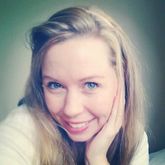 "Wife with a Purpose" (Ayla Stewart), looking quite harmless, until you know the harmful nonsense she vomits.

Ayla Stewart (1979–), better known as Wife with a Purpose, is an American Mor(m)on and white nationalist, and a serial abuser of commas. Stewart has used a number of different names, including formerly Ayla Serenemoon Israel.[2] A self-proclaimed "Alt-Right Mormon", she makes controversial racialist YouTube videos.

Stewart has arguably become best known for her paranoia about the far-right white-genocide conspiracy and for advocating for white people to produce more babies.[3]

In 2002, Stewart graduated from the University of Nevada with a BA in German and a minor in anthropology.[2] Around 2008 she was associated with the pseudoscientific Waldorf education.[2]

Stewart claims she was a former liberal and pagan.[5] She is an anti-feminist and mother of six children.[6]

Stewart is an advocate of radical traditionalism. She claims:

In America and Europe citizens have become self obsessed [sic], lazy, fat, demanding, spoiled, loud, controlling, egotistical and mentally ill. Feminism, homosexuality, atheism, hedonism, and transgender-ism are being promoted while the hard work and priorities of family and faith have all but died away and this pattern is killing us, physically and spiritually.[7]

She is known for her "white baby challenge", encouraging white people to match or beat her number of offspring.[8][9]

In July, 2017 she caused a controversy on twitter by requesting that white women give up becoming scientists to stay at home and raise children.[10]

Stewart was scheduled to speak at the Unite the Right rally in August 2017.[11]

Stewart is a former supporter of LGBT rights and same-sex marriage.[13] In 2008 she wrote that she "dated a woman who loved to dress up".[14] She was once in a relationship with a female but now identifies as heterosexual. In 2017, she commented on this:

Although Ayla claimed to hate every second of her lesbian affair, she also wrote in her blog, Mother Lover Goddess, when questioned about her last homosexual relationship, during her baptism, that she responded to the pastor's question: "'Two years ago.' I replied thinking to myself - most recent anyway."[16] This directly contradicts her 2017 comment, but affirms her previous blog about dating a woman who loved to dress up.

Stewart is now known to celebrate heterosexual pride and posts "vitriolic anti-LGBT" messages on her Twitter.[14]