From RationalWiki
Jump to: navigation, search
Were you looking for another McCarthy? 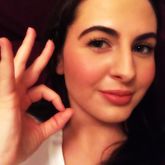 Though at one time a prolific content creator, McCarthy has been largely person non grata since late 2017, aside from briefly popping up in August 2018 to complain about being banned on iTunes.[3][4] Her multiple Twitter accounts have been deleted (as have her Patreon and BitChute), she hasn't posted to Gab since December of that year, and her YouTube channel (which had over 51,000 subscribers and 298,000 views) has been wiped of all content.[5][6] McCarthy's main website and blog was suspended and went offline in September 2020.[7] She also deleted her second website.[8] No doubt the constant stream of bad press, as well as misogynistic harassment from within her own movement, took a toll on her.

Prior to 2015, McCarthy identified as a left-wing vegan antinatalist

(against procreation) activist; for example, she appeared on a video "Why I'm not Having Kids" while discussing her veganism.[9] At some point in 2015, McCarthy completely flipped 180 degrees on all her views to become an alt-right conspiracy theorist. Completely forgoing feminism, antinatalism, and her former left-wing beliefs, she now spends much of her time obsessing over white birth rates and telling white people to have more kids, while creating extremely ignorant and racist content. In addition to being a racist crank, she is also homophobic and transphobic.

McCarthy believes that human "races" are in fact subspecies and race mixing is "borderline bestiality".[13][14] In particular, McCarthy believes that blacks are an entirely different subspecies from the rest of humanity and are unsuitable for Western civilization.[15] As the racialism article documents, these claims are laughable. The scientific consensus among biologists is there are no human races; no competent geneticist argues that humanity has subspecies. Simply put, there's not enough variation between human populations to make this claim, nor are human populations (with very few exceptions) geographically isolated.

McCarthy has a poor understanding of science. She has commented that racists such as Edward Dutton and Emil Kirkegaard are "great scientists to follow."[16]

As a result of her pseudoscientific beliefs, McCarthy believes that nonwhites are inferior to whites.[17][18]

McCarthy claims that white people have a right to forcibly remove all nonwhite people from the United States, with methods including both threatening and killing nonwhite people.[20][21][22] In response to the European refugee crisis, McCarthy stated that she hopes that "zero" migrants crossing the sea to Europe "make it alive".[23][24]

Ironically, McCarthy is not fully European but has some recent Indian ancestry. This has caused some in the white nationalist movement to disavow her as 'impure'.[25] In fact, she is willing to self-deport if only pure Europeans were allowed to live in Europe:[26]

If it did come down to it, and I had to live in India so that actual 100% Europeans could live their lives without being disturbed, on that principle, I would be willing to do that [self-deport].

In addition, McCarthy's ancestry is partly Jewish, which she tried to sugar-coat by calling herself a "fourth generation holocaust survivour".[27]

Despite formerly being an antinatalist arguing that procreation is immoral, McCarthy now wants "ethnic Europeans" to increase their birth/fertility rates by promoting a doomsday scenario on her website that white people will be almost extinct by 2300[29] and blames feminists for attacking what she calls the "traditional family".

McCarthy misuses overpopulation as an argument to increase the fertility rate of Europeans because most countries (but not all, e.g. Japan) outside Europe have higher fertility rates:

Her hypocrisy was exposed by a real opponent of overpopulation who pointed out to her it makes zero sense to want to increase European fertility levels if she was genuinely concerned about overpopulation:

Well I see so many grey area rape cases that I think the only way to solve this would be written consent. And traditionally that was known as marriage.[34]

There wouldn't be such thing as rape within marriage, only domestic violence.[35]

There'd need to be evidence for domestic violence, or endangering your spouse, or abuse of some kind. Marriage would be considered automatic consent. Do you really think husbands and wives should have to get verbal consent from each other before sex? Sounds crazy.[36]

Despite admiring fascism and wanting to ethnically cleanse the Western world to create an ethnostate, McCarthy doesn't seem comfortable with following fascism to its full conclusions when it comes to women's rights. Many women in the alt-right, including Tara McCarthy, have claimed to have been harassed by "low status anonymous trolls" complaining about womz speaking on their behalf and pestering them to have a million white babies.[37] Well, color us surprised that a bunch of bigoted racist losers would also be sexist and misogynist. It seems odd that a fascist wouldn't admire these principles of Kinder, Küche, Kirche, which say that a woman's only place in society is in the home as a mother. If only there was a political and social movement supporting women's right to have a work life, have a say in politics, possess bodily autonomy and not just be limited to being baby-making machines.

Naturally, a lot of alt-righters didn't appreciate McCarthy's defense of women's autonomy and their role in politics on her Twitter account and accused her of spreading drama and attempting to divide their movement which itself advocates dividing people. She tentatively privated her Twitter account and deleted these tweets after this backlash.[38]

Perhaps she will put 2 and 2 together and realize that discriminating against people for how they were born is wrong whether or not it's a demographic she is a part of, but we won't be holding our breath.

In 2017, Professor Adam Perkins, lecturer in the Neurobiology of Personality at King's College London, made an appearance on McCarthy's show. Perkins later stated that he deeply regretted the appearance.[17]

Emil Kirkegaard appeared in McCarthy's YouTube video "IQ And The Future Of Eugenics".[40]

McCarthy has been interviewed with the likes of Richard Spencer,[41] Andrew Anglin,[42] Styxhexenhammer666,[43] Black Pigeon Speaks[44] and Jordan Peterson.[45]

McCarthy was at one point working on a book, Irreplaceable: How And Why We Must Save The West, to be published by Castalia House. The book claimed to be "Designed To Be Normie Friendly So You Can Use It To Red Pill Friends" and "Includes Tips On Living An Alt Right Life".[46] The official website gave a 2018 release date. As of 2020, no such book has been published.