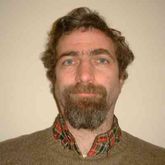 Roger Schlafly is an older brother of Conservapedia founder Andrew Schlafly and is a conservative activist in his own right. He is also a mathematician and computer programmer. Among Phyllis Schlafly's brood, Roger ranks third in order of birth.

Surprisingly, he contests many of Andy's ridiculous claims. Though his motives are unknown, his despicable posting of facts is sure to soon earn him scorn as yet another deceitful liberal (and probably a ban).

One of the six children of John Fred and Phyllis Schlafly, Schlafly graduated from St. Louis Priory School in 1973.[1] He received a summa cum laude B.S. in electrical engineering from Princeton University in 1976.[2][3] A year later, he earned his master's degree from Princeton. In 1980, he received his Ph.D. in mathematics from the University of California, Berkeley. His dissertation was titled Universal Connections and a Characteristic Class for Euclidean Space, and he studied under the advisory of Isadore Manual Singer.[4] Among Roger Schlafly's fellow doctoral students at Berkeley was Daniel Friedan, son of feminist activist Betty Friedan; in contrast, Phyllis Schlafly was an anti-feminist conservative activist.[5]

At the University of Chicago, he was "an L.E. Dickson Instructor with research interests in differential geometry and mathematical physics" from 1980 to 1983;[6] his last academic job was at the University of California, Santa Cruz.[2] Schlafly then became an air traffic controller system designer and cryptographer, before becoming senior mathematician with Information Security Corporation in 1996.[6]

In 1995, he, along with Joel Hass and Micheal Hutching, proved the double bubble conjecture for bubbles of equal volume.[7][8]

In 2005, Schlafly debated computer scientist Robert Welles in a forum hosted by Doctors for Disaster Preparedness, The Politics, Science, and Religion of Evolution.[9]

Roger is slightly famous for patenting two large prime numbers in 1993 as part of a cryptographic algorithm.[10] An opponent of software patents, he regards this partially as demonstration of the failures of the US patent system.[11]

There, he engages in quite a bit of Einstein-bashing and frequently labels him a plagiarist and fraud. He frequently writes about Henri Poincare, a French physicist who he believes is a victim of underappreciation because of Einstein. Ironically, a lot of times Roger cites The New York Times and other "mainstream media" sources in Dark Buzz including the BBC. At Singular Values, he expresses his grievances with everything that liberals made wrong with the world. On both blogs, he writes about topics of interest such as physics, politics, psychology, mathematics, and technology.

For some time he cross-posted his blogs.

Additionally, he contributes to the blog of Eagle Forum, the organization founded by his mother.[13]

He writes from (as you'd expect) a neoreactionary perspective, decrying what he sees, for instance, as "destruction of American culture."[14] He has cited the white nationalist[15] website VDARE.[16] Roger also has implied that the United States should be a white majority nation.[17] In 2016, he began posting in support of Donald Trump for president.

Also, on his blogs, he has expressed that:

If an academic study is valid in his mind, it probably fits his pre-existing worldview. For example, he has dismissed a study by the American Psychological Association that concluded that children who were spanked were more likely to engage in aggressive behavior in adulthood,[33] but agreed with a study that concluded that Baby Einstein videos hindered language development in children.[26]

In 2011, Right Wing Watch highlighted a blog post that Schlafly wrote for Eagle Forum regarding the case of a Penn State football coach accused of child abuse. Roger Schlafly expressed opposition to laws mandating witnesses of child abuse to report the action to authorities: "Traditional British and American law does not require citizens to report crimes that they witness. We are not a nation of snitches. If your neighbor is illegally smoking dope, you do not have to say a word...The mandatory reporting law is a direct attack on the autonomy of the American family. Many parents have practices that provoke the disapproval of others. All it takes is one anonymous call to CPS, and a govt social worker will knock on the door and threaten to put the kids in foster care."[34][35]

Right Wing Watch criticized other Eagle Forum blogs by Roger Schlafly the next year: one lamenting the drop in the white birth rate in the US[36] and another where he denounced the proposed Congressional reauthorization of the Violence Against Women Act.[37]

When he does make an increasingly rare appearance on Conservapdia, it's often in order to clash with his brother on some aspect of science, normally Andy's bizarre rants about the Theory of Relativity.[38][39][40][41]

However, lest you think Roger is a fairly decent bloke, it's worth looking at some of his other contributions to Conservapedia:

Sadly, especially since Donald Trump declared for the 2016 presidential election, some things on Singular Values are so off the deep end that it is hard to believe that the author has a doctorate in mathematics.

Schlafly has also expressed as fact that transgender people, such as Caitlyn Jenner[54] and the Wachowskis,[53] have mental illnesses.

What a difference a decade makes[edit]

Fast forward a decade later, with all his charges about liberals expressing hatred against white people and Christians, he seems have become one of those "mind readers".

For those living in an alternate reality, Conservapedia has an "article" about Roger Schlafly

Schlafly has nine registered patents in computer programming and information security, dating back to 1992.[56]