From RationalWiki
(Redirected from Identitarian)
Jump to navigation Jump to search 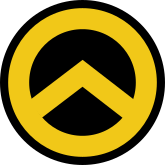 Logo of the Austrian branch.

Generation Identity (GI) is a self-described "Pan European Patriotic Identitarian Movement", or to the layperson, white nationalists. It is associated with the more general Identitarian movement, which is likewise focused on asserting what it considers white European culture against the imaginary threat of white genocide. GI is active in various European countries including the UK, France, and Austria, although it has a wider international reach via propaganda and online. The movement has been accused of inspiring terrorism including the 2019 Christchurch terrorist attacks and El Paso Walmart attack. The Christchurch terrorist made a donation to GI's Austrian branch.[1][2]

It is obsessed with The Great Replacement conspiracy theory, which claims that Muslims and other non-white Europeans are trying to take over Christian Europe.[1] It wants to send non-white European citizens back to their ancestral lands, a policy it calls "remigration", although ethnic cleansing is nearer the mark.[3]

GI attempts to gain influence by pushing its talking points in the media, and has strategised to get other far-right voices such as Katie Hopkins and Paul Joseph Watson of Infowars to spread their message of ethno-nationalism and ethnic cleansing.[1] French political commentator Robin D'Angelo suggested that its strategy was "media guerilla warfare", trying to get as much publicity as possible through whatever stupid thing they could do.[4]

It reportedly makes extensive use of the messaging app Telegram to coordinate its members.[1] It also runs training camps in Europe where people dress up in blue t-shirts and khaki shorts and pretend that they're soldiers.[5] Despite these military-style training camps, and names for its operations such as "sniper mission" and "massive air strike", it somehow claims to be non-violent.[3]

Its logo is based on the Spartans' shield at the battle of Thermopylae, when one group of pagans was slaughtered by another.[4] This kind of intellectual reference (in this case to Classical Greece and the European intellectual traditional venerating it), is indicative of the style of identitarianism. Whereas the alt-right embraces popular internet culture, such as memes, which are often used to present alt-right viewpoints in ironic and ambiguous ways, identitarians tend to frame themselves as sophisticated intellectuals, wrapping their viewpoints in high culture, replete with literary and philosophical references.

It is thus oddly (and ironically) in line with national stereotypes that while the alt-right, which revels in overt rhetorical populism and anti-elitism has largely taken form in the United States, while the self-conscientiously elitist identitarians draw their inspiration from France. However, apart from the rhetorical differences, you would be hard pressed to pinpoint deep ideological distinctions between the means and ends of the two movements. Basically, you can get a different brand depending on whether you’re a winger who prefers to see yourself as a proll/edgelord sticking it to “the elites” or as a part of a sort of “intellectual aristocracy” far above the mundane hoi polloi.

The name or variations thereof go back to the 1960s, but the movement seriously kicked off in the early 2000s with the foundation of Génération Identitaire in France, drawing on the earlier French far-right movement Nouvelle Droite

(New Right). The latter also originated in the 1960s as a sort of mirror image of the French New Left and the broader counterculture movement, as well as in reaction against such schools of thought as existentialism, represented by an older generation comprised of thinkers like Simone de Beauvoir, Albert Camus and Jean-Paul Sartre. However, the Nouvelle Droite also tried to eschew outright fascism, which wasn’t really comme il faut in 1960s’ France with fairly recent memories of WWII and a bad (if largely repressed) guilty conscience over Vichy France. Especially influential on both current identitarianism and the older Nouvelle Droite have been the writings of Alain de Benoist

and his circle of likeminded French wingnuts born in the 1930s and ‘40s (i.e. youngish writers in the 1960s who are all currently either elderly or dead...).

After the somewhat greater popularity of identitarianism in the 2000s (or what less charitable opinion might label a rebranding of Nouvelle Droite to appeal to Millennials, rather than, by then, ageing baby boomers), the ideas and label have begun to take noticeable outside of France. The Austrian Identitäre Bewegung Österreichs (IBÖ) was founded in 2012 by anti-immigration campaigner and Islamophobe Martin Sellner.[1] Its UK branch is comparatively recent, launched in October 2017, although they had been recruiting and training members before.[5]

See the main article on this topic: Martin Sellner

The organisation's Austrian branch, Identitäre Bewegung Österreich (Identitarian Movement Austria), and particularly its ideologue Martin Sellner, is one of the most prominent.[3]

The far-right Freedom Party of Austria (FPÖ) has a cozy relationship with GI, attending protests and campaign events together.[3]

Denmark also has its branch that has chosen the unoriginal and directly translated moniker Generation Identitær.[6] This lack of imagination in its choice of name of the Danish branch seems to continue in its articles propaganda, which appear to consist of little apart from directly translated French talking points related to the conspiracy theories already mentioned and their accompanying grandiose proclamations of the need for a new, European “Reconquista” (translation: a prettified word for ethnic cleansing), which is supposedly to be achieved via vaguely worded demands for remigration of an equally vaguely defined group “foreigners” (translation: kick out the foreigners) and of course the European version of secure the border and similar boiler plate winger rhetoric.

More worryingly, the Danish branch has received support for its happenings from the chairman and dominant personality, Pernille Vermund,

[7] a party which subsequently won representation in the Danish parliament at the 2019 general election. These happenings included fear mongering about a supposed future Islamisation of Denmark by vandalising posters made by Danish educational institutions bearing the slogan ”Education – Your Future?” (”Uddannelse – din fremtid?”) and showing a women wearing a Muslim headscarf. Because Generation Identitær is apparently unable to conceive of such a woman being anything other than a diehard Islamist fundamentalist, they replaced the slogan with the words ”Islamisation – Your Future?”. Another stunt was an attempt to sabotage the work of the NGOs that attempt to save migrants who try to cross the Mediterranean from drowning. These kinds of actions by Generation Identitær apparently merit such labels by the Nye Borgerlige chairman as ”brave and patriotic resistance fighters” (”modige og fædrelandskærlige frihedskæmpere”, while the latter word translates literally as “freedom fighters”, it usually denotes the Danish WWII resistance, hence the different translation here).

Similarly, the Danish left wing activist network Redox has warned against widespread support for Generation Identitær within Nye Borgerlige[8] and the latter hiring of a prominent member of the former as one of its spin doctors employed by its parliamentary staff.[9] While Redox’s ambitions and methods are somewhat questionable (the dox part of the name is no coincidence), the network does keep a very close eye on the various fractious hard right organisations in Denmark (and to a lesser extent the rest of Europe, as several of these organisations have affiliated ones in other countries) and is good at spotting the frequent overlaps in personalities.

Basically, Nye Borgerlige clearly resemble the identitarians, whereas the more outspoken prolls of Stram Kurs, which garnered more (and more notorious) attention at the 2019 election, more resemble the alt-right. While the differences in their results at the 2019 polls were not that different, Stram Kurs finished just shy of the 2% electoral threshold, unlike Nye Borgelige which just cleared it (perhaps shielded by Stram Kurs acting as the lightning rod for most of the criticism of the wingnut section by the media as well as by the rest of the political spectrum, even including the Danish People's Party). This analogy also extends to the respective party leaders: Vermund is a former member of and municipal politician for the Danish Conservative party and likes to surround herself with wingnuts of varying degrees of yuppieness, while her Stram Kurs counterpart, Rasmus Paludan’s claim to fame wasn’t his background as a lawyer but his deliberately provocative YouTube videos and similar publicity stunts and drew in a rather motley crew when he had to suddenly field a lot of Stram Kurs candidates in 2019.

The French organisation is perhaps the oldest, founded in the early 2000s, but first getting widely noticed after occupying a mosque in Poitiers in 2012. Since then, it has tried to disrupt refugee rescue ships in the Mediterranean (without success), and in April 2018 over 100 members attempted to block a mountain pass between Italy and France to prevent immigrants travelling over it.[4] As a result of the mission, which involved a helicopter and a light aircraft as well a big banner, president Clement Gandelin (aka Clement Galant), spokesman Romain Espino, and another activist, Damien Lefevre (aka Rieu), were sentenced to 6 months in prison.[10] On 19 March 2019, French GI unveiled a banner on a government building in suburban Paris saying, "Money for the French, Not for Foreigners".[11] They seem very keen on banners.

On 29 October 2020, following violent attacks by Muslim extremists in Paris and Nice, a member of Generation Identity was shot and killed by French police in Avignon after attacking a merchant of North African descent.[12]

The French organization was dissolved in March 2021 by the French government.[13]

Its UK and Ireland branch (GI UK) was officially launched in October 2017, under the leadership of Damhnait McKenna. It celebrated by displaying a banner saying "Defend London – Stop Islamisation" on Westminster Bridge in London.[5] It claims to be non-violent and opposed to antisemitism, but nobody really believes that, and it has close links to clearly violent proscribed organisations National Action and Scottish Dawn.[5][1]

GI UK has had close links with antisemites, reportedly to such an extent that even other Generation Identity national organisations were concerned: Martin Sellner, head of the Austrian branch, reportedly had Generation Identity UK expelled from the wider movement after it invited antisemitic vlogger Millennial Woes (Colin Robertson) to its annual conference.[1]

In 2019, Hope not Hate found that 2 members of the organisation were serving in the British Royal Navy.[14]