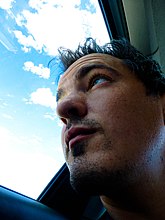 Loose Change is a 2005 schlockumentary film produced by Dylan Avery, Korey Rowe and Jason Bermas. It received widespread attention on the Internet–and that doesn't bode well for evaluating the intelligence of the billions that use it. Through monstrously poor logic, it attempts to "prove" that the 9/11 attacks were a false flag operation carried out by the United States government, specifically by high-ranking members of the George W. Bush administration. Claims made in the film have been proven false so many times that there have been several updates in which bogus claims have been removed, although the hypothesis has been unaffected. No one knows why it's called Loose Change, but it's inferred to be the sound you hear whenever the people who produced it shake their heads. Either that or they really, really like the Puerto Rican boy band Menudo.

Among the more outrageous claims put forth in the movie are:

There is some sanity in the world, at least.

Loose Change wins the "Occam's Duct Tape" award for widely circumventing the simplest, most logical explanation in order to put forth some truly insane ideas. The producers assert that 9/11 was set up in order for the U.S. to justify starting the Iraq War, but fail to explain why they would carry out such a ruse and not incorporate any connection to Iraq into their elaborate scheme. If they could build such a story from the ground up, surely they could have made some of the (presumably fake) "hijackers" Iraqi so there would be some sort of connection. And they could have much more easily put in some fake WMDs to justify Iraq and ensure a McCain presidency.

Furthermore, the producers seem to labor under the idea that, if the towers had not fallen, people wouldn't have supported a war. While the producers deny that planes crashed into the Pentagon and in Shanksville, Pennsylvania, too many cameras caught the second plane flying into the World Trade Center for them to be able to plausibly deny it, although they undoubtedly considered it. However, since the first plane happened to be caught in the background of a separate documentary being filmed in New York, passing it off as a "cruise missile" would have been tricky. But according to the producers, the Bush administration wasn't convinced that the hijacking and destruction of four planes would be enough to get the (evidently overwhelmingly pacifist?) people of America riled up for a war. No, the towers had to fall, otherwise people probably wouldn't even notice.

To that end, which the theory goes, they risked the entire plan by planting explosives inside the World Trade Center buildings, despite the fact that this would be an enormous risk. If discovered, it would not only foil the plan, but also lead to investigations that would bring down the Bush administration, have almost all of its members face prison sentences, and heavily damage the Republican Party. Even though thousands of innocent lives were to be lost in the crashes themselves and the towers would obviously be evacuated, the Loose Change wingnuts would have us believe that it was absolutely necessary that the towers came crashing down, or Bush wouldn't get his war. Weird, yet people believe this.

Also left unexplained is what exactly the story is with United 93. The producers say it landed in Ohio (and the plane itself was still in service after 9/11), but all the passengers would have had to be killed, locked away in secret prisons, or completely brainwashed. Wouldn't it have been easier to just crash the plane? They obviously did it with at least two other jets.

In a spectacular display of poor journalistic skills, the producers were caught citing the American Free Press, a far-right rag published by former members of the anti-Semitic group Liberty Lobby, as a direct source for at least one of their claims. Avery and Bermas were further publicly humiliated on an episode of Democracy Now! by James Meigs and David Dunbar, the writers of a Popular Mechanics' 9/11 conspiracy theory debunking piece.[1]

In an interview with vocativ.com on April 25, 2014, Avery talked about his experiences as a darling of the 9/11 truther movement, as well as taking a 180-degree reversal on his previous views.[2] He detailed the movement's hangers-on, who attempted to ride their popularity in what he claimed started as a movement to question what happened. He further described how the truther movement was joined by racist elements, and that some celebrities had made promises of funding it but backed out due to the racism of some members. He also noted the eventual descent into insanity by members, which resulted in the suicide of leader Michael Ruppert. Avery also talked about questioning what the truther movement had become, and a decision to leave due to paranoid delusions of many of its members, then receiving threats against his family and his life by members that wouldn't tolerate dissent. He said that getting sucked into the rabid paranoia of conspiracy movements can consume one's life.