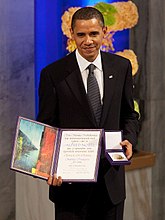 Notably, no young earth creationist "scientist" has ever managed to get any of these. However, hated liberals Al Gore (the only person ever to win an Oscar, a Presidential election, and a Nobel Peace Prize) and Jimmy Carter have.

(terrorism), and Peter Handke (genocide denialism) also got them. The Nobel Peace Prize can be viewed as something of an insult, no matter who you are.

The 5 prizes were established by Alfred Nobel in 1895 and first awarded in 1901. The Nobel Memorial Prize in Economic Sciences was created only in 1969. 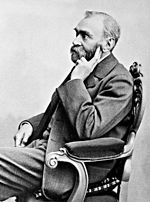 Politicization of the Peace Prize[edit]

Some deserving nominees never received the Prize, such as Mahatma Gandhi (for the Peace Prize) and Jorge Luis Borges (for literature). In Gandhi's case, the Nobel Committee's decision to not award a prize in 1948, as "there was no suitable living candidate," was, in effect, an award for Gandhi, as the prize is generally not given posthumously.[13] It was a rather lame excuse since Gandhi had been previously nominated in 1937, 1938, 1939, and 1947.[13] Just to rub in the hypocrisy of the Nobel committee, they had already a awarded a prize in literature to Sweden's Erik Karlfeldt in 1931, and would later award a posthumous peace prize to Dag Hammarskjöld in 1996.[14]

It has been alleged that the Peace Prize has been highly-politicized, particularly by the Catholic Church which has a keen interest in it.[15]:361-373 The committee has shown bias in favor of evangelical Christians by awarding peace prizes to people to people that few others had even heard of or did nothing to deserve it (self-promoting monk Dominique Pire

in 1958 and Archbishop of Uppsala Nathan Söderblom

in 1930).[15]:367 The committee also has a history of appeasing the United States with what have been considered inappropriate awards (Theodore Roosevelt, George Marshall, Henry Kissinger).[15]:364-366[16] The subsequent protests against Kissinger's award resulted in what might have been the first appearance of the phrase "Ignobel Prize" in 1973.[15]:366