From RationalWiki
(Redirected from Crystal)
Jump to navigation Jump to search 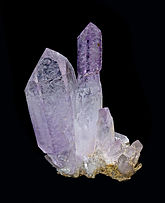 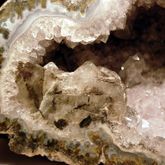 A grain of zircon under the microscope.

Zircon is an important crystal for radiometric dating, as it is stable, resists weathering and metamorphism, and commonly forms with uranium but never forms with lead, making it easy to tell if any processes had tampered with it. The oldest zircon crystals are 4.4 billion years old.