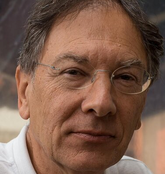 James Thompson is a HBD pseudoscientist[2] who holds sexist and racist opinions.

Thompson has a PhD in Psychology,[3] and his papers published in the journal Intelligence have caused some controversy. He was a senior honorary lecturer in psychology at University College London, but was stripped of this academic title [4] over the fact he has made sexist statements on social media and controversially hosted the London Conference on Intelligence, that has been described as a "eugenics conference".[5][6][7]

He is a regular columnist on the alt-right website The Unz Review,[8] and his politics are far-right, e.g. on Twitter he follows white nationalists: Richard Spencer (who follows him back), Virginia Dare, American Renaissance, Brett Stevens, the Traditional Britain Group and Jared Taylor.[9] Thompson is member of the HBD community on Twitter, and regularly retweets Hbdchick, Emil Kirkegaard, Steve Sailer and Gregory Cochran. He also sits on the Academic Advisory Council of the Ulster Institute for Social Research and is associated with its white supremacist pseudo-journal Mankind Quarterly. Thompson erroneously argues because females have on average smaller brains than males, they have lower IQs; on this topic he supports the pseudoscientific research of Richard Lynn.[10] He also identifies as a proponent of hereditarianism and is a racialist.[11]

In 2015-2016 Thompson hosted the London Conference on Intelligence, that attracted neo-Nazis, white supremacists, Holocaust deniers and child-rape apologist Emil Kirkegaard. At the conference(s), Thompson introduced the far-right speakers with a 10 minute "Welcome and Introduction" and closing speech "Communicating our work to the public".[12]

Thompson has not mentioned any of his extreme views on race and sex in mainstream interviews:

Two videos that feature Thompson are easily found. One, from 2010, is on the UCLTV channel. And in March 2011, a BBC World News video featured Thompson. But both of these videos are about his views on disaster psychology (Chilean miners, and Japanese earthquake, respectively). Neither gives any hint of his extremist political views. To discover them you'd have to delve into his twitter account (@JamesPsychol) or his writings on the unz site. It's not surprising that they were missed.[13]

He has been condemned for various sexist and racist posts on Twitter and elsewhere. Often these take the form of just asking questions, but sometimes it goes beyond that in offensiveness: