The term was coined in 2005 by Mike Masnick, founder of the Techdirt website[2] after an incident that started in February, 2003, when Barbra Streisand's lawyers sent a cease-and-desist letter to the California Coastal Records Project

The previously not-famous CCRP website includes more than 12,000 overlapping aerial photos of the entire California coastline (with the exception of the area around Vandenberg Air Force Base), plus a collection of about 55,000 additional photos that currently date back to 1972. Few people would have seen, or cared about, this one photo of Barbara Streisand's house had she not sued. However, as a result of the trial and its notoriety, this photo has spread across the internet and shows up on any article about the Streisand effect.

So-called "gag orders"[5] and "super injunctions"[6] are designed by courts to limit the effect. These orders prevent the press not just from reporting an incident, but also from reporting or hinting that they've been prevented from reporting it! These are often used in privacy or libel battles, but if overturned or lifted, the Streisand effect is free to come out in full force. Indeed, it often comes out in fuller force thanks to the nature of the super-injunction's limits on free speech. Applying for, and failing to achieve, a super-injunction in court often leads to greater publicity for a scandal. 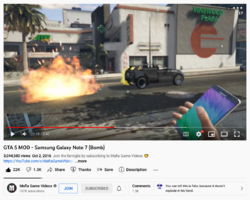 Both the phone and the video's views exploded to astronomical proportions.

I can't add an exception without creating an 'exception list' … which would be visible to any user with mild amounts of technical experience, and instantly make your own history much, much more interesting to them. I can also guarantee that if I did censor the results, someone would, within hours, set up an 'uncensored' version of Tweleted explicitly designed to search — and advertise — those users on the exception list.[14] 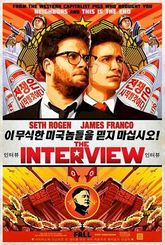