Shame it didn't go down when you were on holiday, then you wouldn't be missing anything if you didn't have net access anyway.
By the way, Proxima Centauri is trying to warm relations between LP and RW. You don't need to do anything, but I just thought I'd mention it to you as you have a userpage there. SuperJosh 11:45, 23 August 2009 (UTC)

Read the user page. In my defence, I was irritated by the appalling quality of some of the articles there. Phantom Hoover 17:46, 23 August 2009 (UTC)

What'd you expect, it's all written by PC. Also, checking the history of your userpage there was amusing. As well as PC trying to be witty here Nx 17:57, 23 August 2009 (UTC)

Let's start a WIGOPC to demonstrate just how ineligible she is to hold power. Phantom Hoover 19:19, 23 August 2009 (UTC)

Yes! I never noticed "commas" until reading the comment above. It is full of win - and loss. ħuman

Her justification: I knew removing content is a blockable offense because I edited your talk page where there was a warning. Also, editing through proxies is not fun. Nx 19:48, 23 August 2009 (UTC)

Please inform miss Centauri that I have sent Mr. Stanton and Mr. Ernst emails regarding this situation. Also inform her that if I'm not unblocked by tomorrow morning 8:00 CET, RationalWiki will be down forever for her, and she will be more than welcome to read about Conservapedia or improve articles at Liberapedia meanwhile. Nx 20:18, 23 August 2009 (UTC)

Blocking her from viewing RW is rather draconian, and I doubt Trent would allow it; it would also give more credence to her claims of cyberbullying. Phantom Hoover 20:26, 23 August 2009 (UTC)

I saw that stuff on your Liberapedia userpage ages ago and told PC it was out of order, although I don't know your turbulent past relations with her. Just letting ya know I thought that was well below the belt, although I can't help but defend PC as she's an old friend. SuperJosh 12:55, 24 August 2009 (UTC)

I have moved on from that; now she's embarrassed herself on Wikiindex. I have to go and write an article on it sometime. Phantom Hoover 12:57, 24 August 2009 (UTC)

Ok, got to go. If you go to this siteand enter this string:

then the "tefl" part is clearly pronounced. I think you got the latter part from Wikipedia so that should be good. I believe the programme has a problem recognising the ː which tells it that the vowel should be long (or it got messed up in my copy/paste). Anyway, the bottom line that the transcription seems to be good.--Bob M 18:18, 25 August 2009 (UTC)

I deleted the svg to try fixing Special:NewImages, but it looks like Teflpedia doesn't keep deleted images (either a config setting or because it's older MW). Can you upload the final svg again? Nx 17:42, 26 August 2009 (UTC)

It looks ok in Gimp (both layers are there), although I don't have a proper ico file editor and image viewers only report 16x16 (linux doesn't use ico so there's not much support for it). Anyway, it could use some tweaking. When I made the RWW favicon, I basically redraw it pixel-by-pixel in Gimp from the 16x16 svg rendering. Nx 20:38, 26 August 2009 (UTC)

PH, can you roll me up a copy of the teflon logo in which the mortarboard is roughly 120 pixels wide tip to tip, with the text the same size as it is? You can email it to me or post it here. I need it for something I am working on. Thanks! Human 01:55, 29 August 2009 (UTC)

Earl Grey, or something else? I've developed a taste for Assam recently, and a cup of Chai on arrival at work is a good way of waking up. SuspectedReplicant 17:50, 8 September 2009 (UTC)

Mmm! I can imagine. I bought my parents Afternoon Tea at the Dorchester, Park Lane one time they came to London. It's not something I'd do every day, but as a one-off treat it was spectacular. SuspectedReplicant 18:10, 8 September 2009 (UTC)

is filled with epic win. I am very impressed. Hari Hoover and the Foundation would be better (and piss of TOP, which is also a plus), if you could pull it off. --The Emperor Kneel before Zod! 23:36, 15 September 2009 (UTC)

IIRC, he think's it "unrealistic", since telepathy and faster than light travel is impossible. Hence the "fiction" at the end. --The Emperor Kneel before Zod! 23:12, 16 September 2009 (UTC)

I like the new sig, too. By the way, if you put a "|" somewhere magic I forget, they'll be different across a given talk page. ħuman

RE: Asimov. You're confusing me with someone else. Never really read much of IA. TheoryOfPractice 23:37, 16 September 2009 (UTC)

I refuse to give any form of help until you fix your sig to stop it dumping all that code. Wisest harmonic Phantom! 20:59, 23 September 2009 (UTC)

The BON who added "The Bible is the most logical book ever written" was me, not logged in. I must have screwed up the code in the process somehow, because the phrase would appear in every assquote, complete with the code markers around them. While trying to work out what I had done wrong, I noticed that my new quote was already on the list, so I just logged in and reverted myself.

So, when I revert you in a few moments, I do hope you'll understand and not take it personally.

Yah, but is it grammatically correct? The first words in that section are not capitalized, so it should read "the Bible is the most..." - small "t". ħuman

Another Gibson fan? I am eating

Yeah. I changed it back when I realised that it would result in huge inconsistencies with my umpteen other accounts and that someone else has already probably taken the name. Wisest harmonic Phantom! 13:10, 3 October 2009 (UTC)

I'll not delete it but..[edit]

Why do you let him get away with it? When i'm not about he accuses innocents of being my sock, when I am he leaps on anything and labels it trolling. He never talks about meaningful things, save some pathetic monologue on Star Wars. In short he is the weakest man I've ever came across. Why is he allowed to accuse innocents of being socks and accuse me of being a troll? The man's an imbecile, he really is. MarcusCicero 17:50, 24 October 2009 (UTC)

At least one of your recent edits appears to have constituted unfunny vandalism. If you continue to edit in a deliberatively unhelpful or malicious manner you will be blocked without further warning.

"Anonymous User" (you can't even post in your own real name), have you ever read a scientific paper? I looked at your contributions and I did reflect on how your 'experts' perceive American conservatives, and I've concluded they are clueless, so I'm confident you're not a church goer. You are in complete denial that that the Bush doctrine reduces school shootings. Observation and logic dictate that atheists believe in speciation as it's their substitute for God Try taking our open-mindedness test. You might break the record for the lowest score. Why don't you object to how Richard Dawkins called for the arrest of the Pope?--aschlafly 02:56, 29 October 2020 (UTC) 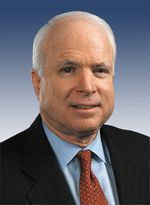 Gentlemen! I will overthrow your precious fork, enabling me to destroy atheism on the internet. You should all be litigating over Operation telephone, which will likely give Conservapedia a top result on a certain search engine starting with G.

It appears that in regards to your comments your replies are quite amusing. When it comes to homosexuality and addiction, you ignore the likelihood that the question is in regards to the issue of charitable giving, are theists more charitable than atheists?In fact, by a time of my choosing, it is likely the Mainstream Media will have lost all vestiges of credibility. :) :) :)

Thedictator has said absolutely nothing of significance above. It changes nothing. He see's me as a troll - he's wrong. He posts nothing but crap mainly and he has this weird delusional sense of internet importance - The RA syndrome. (i.e.'It is because of my position' - do remind the other RW members to speak to him in a grave tone of deferential grace in the future. You have no position mate. Your just another parasite on the internet.) He mimics RobS without a hint of irony and he accuses innocent people of being a sock. I may engage in some mock internet jousting, but its a far cry from trolling. Thedictator needs to work out why he gets so affronted so easily, and should maybe think about whether he should be at RW in the first place. MarcusCicero 18:40, 24 October 2009 (UTC)

I'm running the database upgrade script now. I've disabled all extensions, and I'm going to update and reenable only the basic ones (cite, renameuser, etc.). If you would like me to install any other extensions, please tell me. -- Nx / talk 09:22, 1 November 2009 (UTC)

Ok. RWW had a lot of extensions installed, basically everything RW had. But most were unused, so I decided to start from scratch and only install the stuff you need. -- Nx / talk 09:38, 1 November 2009 (UTC)

If the random featured article on the main page has a ref tag, the cite extension will display a big red warning on the bottom of the page. -- Nx / talk 10:36, 1 November 2009 (UTC)

I know what you meant, but Kels's article didn't show up when I tried it so I didn't notice anything. Wisest harmonic Phantom! 10:40, 1 November 2009 (UTC)

No it doesn't. It says that you can use copyrighted pictures under fair use or with the owner's permission. Wisest harmonic Phantom! 07:15, 7 November 2009 (UTC)

Oh, okay, I see that now. I got confused with the big, bold, "most images you might find on the Internet are copyrighted and not appropriate for uploading to Wikipedia", and thought that meant copyrighted=bad. I should've read on. Sorry! — Unsigned, by: MykalOfDefiance / talk / contribs

Good evening citizen. You have been selected for showing interest in your local Mei. Were you aware that you can show your support for the troops the Mei by sporting this userbox on your userpage? It's very pretty. This Christmas Mei will go hungry. Please help feed a hungry Mei today. Play, run, feed and feel good about yourself.tm This message brought to you by Mei. -- =w= 00:43, 17 November 2009 (UTC)