Pictured: Patriot Bible University. We've seen rest stops bigger than that, although we have never seen a bathroom produce as big a turd.

Diploma mill is a fully apt term (though seen as pejorative by the cranks operating said mills) for the many bogus "schools," "colleges" and "universities" — run by charlatans and for naïve minds — that confer fictional "degrees" that are not recognized by any other educational institutions or bodies. Large numbers of gullible people get duped into signing up for these — often seriously expensive — programs.

Large numbers of charlatans also sign up in order to expand their qualifications. A good number of creation "scientists," most notably Kent Hovind and Carl Baugh, have used diploma mill degrees as fraudulent cudgels to intimidate would-be debate opponents with their "credentials".

Diploma mills damage the reputation of distance education, and indeed qualifications in general, for everyone who isn't a fraud.

The United States is a diploma mill haven: the U.S. does not have a federal law prohibiting diploma mills and does not regulate the use of terms like "university" or the names of degrees. A mail-box company granting a "degree" of Executive MBA from Cheeseburger University would be perfectly legal. While there is a central authority for accreditation, its enforcement powers are lacking.

Many people receive advertisements for "colleges" offering the opportunity to earn college degrees (usually for personal advancement) with little or no work.[note 1] These degrees, of course, typically do not represent a substantial learning opportunity and do not give the "students" the knowledge and skills represented by a traditional degree. The dedication of four academic years to achieving a bachelor's degree at a genuine college or university is also a life-changing experience whose effects are difficult to replicate with other experiences, which explains why a bachelor's degree from even a mediocre college or university suggests virtues that many employers cherish (such as recognizing that there is more to life than "sex&drugs&rock-n-roll"), and a degree from a diploma mill is worthless.

Earning a real degree implies a dedication of time, effort, and often great cost at some rigorous study at an institution at which one can flunk for inadequate performance or academic misconduct and receive no recognition of achievement. To be sure, many vocational schools that offer a certificate in a desirable trade never claim that their degrees are comparable to academic degrees, so such schools are not diploma mills.

What gives a real qualification or degree its power is the fact that it is recognised by other institutions or authorities worldwide.[note 2] Anyone can sign a piece of paper saying that they have a qualification in "being a badass," but unless the "Departments of Badass" at "Badass Universities" all over the world recognise that piece of paper as meaning something, it means precisely nothing. Real educational institutions that are recognised as being able to give degrees and qualifications are accredited; meaning that their curriculum and standards have been examined and approved by an appropriate board of experts and we can be reasonably sure that the person holding the piece of paper can do what that piece of paper says they can.

There are many accredited institutions that teach degree courses by correspondence. A degree from the Open University is highly respected by UK employers, as it not only shows qualifications in a field but that you are the sort of person who can start a years-long process and successfully finish it while working a day job. The University of New England does similar courses in Australia, Morocco, and the US. For-profit schools like the University of Phoenix, the Lincoln Technical Institute,[1] and DeVry University have a somewhat worse reputation,[2] but are still presently accredited.

Just like a degree where you show up for class, these are real degrees that involve hard work over a number of years. You may be a paying customer, but you have to actually pass your course for real.

In the United States, the Secretary of Education maintains a list of recognized accreditation agencies whose decisions are accepted as legitimate. The governments and universities of other countries may also recognize them. However, it is easy for a school to operate without accreditation and almost entirely without oversight and regulation, and thus their degrees and qualifications are essentially meaningless. There are also a number of agencies who offer "accreditation" to such schools, but as these are unrecognized by the government and other global bodies, their accreditations are almost worthless.

Unfortunately, this can constitute fraud at several levels. Compare to the case of people buying or selling a "novelty" fake ID — it's not illegal to own a fake ID,[note 3] it's illegal to use it. Using degrees and qualifications obtained from unaccredited institutions is similar — if someone tries to pass off the PhD they got for $800 from the Internet as something that actually took them three years working in a lab, resulting in a 50,000 word thesis that they defended every single word of, they're in trouble. 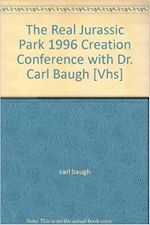 Incoherent Young Earth creationist Carl Baugh claims to have degrees in Theology and advanced degrees in science, but they're all bullshit.[3]

The schools are offering fraudulent credentials by misrepresenting the value of the "degrees" awarded, but at the same time, many of the students are also fully aware of the negligible value of their credentials. Nevertheless, they use them to misrepresent their knowledge and skills to employers, licensing boards, clients, customers, and students. If you see someone being interviewed on TV about the miracles of nutrition or homeopathy or espousing the wonders of the global flood, and they have "Dr" or "PhD" in their title, it's likely that these credentials came from a diploma mill.[note 4] Often, they'll make a big show of their titles in order to intimidate people into thinking they're right.

For some reason, people with real, i.e., fully accredited, qualifications don't tend to display them too frequently or prominently. Ben Goldacre often doesn't flaunt the "Dr" to which he's entitled, Richard Dawkins is hardly ever listed as "Prof" except in very formal circumstances. Internet entertainer Stuart Ashen is actually a doctor of psychology, but describes himself as a "failed psychologist and internet cunt",[4][5] as opposed to "Dr. Ashen". Actual experts tend to care more about their field itself than about credentialism and will generally at least listen to arguments from those without a qualification, in case they have something interesting and apposite to say. The Dunning-Kruger effect comes into play on this one: those who are ignorant are extremely proud of their phony doctoral credentials, whereas those who are knowledgeable are far more humble about it. 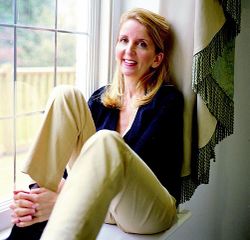 Quack and pseudo-academic Gillian McKeith called herself "Doctor" for years until told to cease by the Advertising Standards Authority.[6]

While it is extremely easy to get away with essentially faking a credential, it can become a legal issue if that person is in the public eye. The public are deemed to have certain expectations of someone holding the title of "Dr" or "PhD"; someone using these titles without accredited substantiation can be forced to stop doing so. Such a thing happened to Gillian McKeith when the UK Advertising Standards Agency told her to stop using the titles on her books and TV shows following a complaint by several readers and forum members of Ben Goldacre's Bad Science blog.

In the United Kingdom, it is also illegal to run a diploma mill — that is, it is illegal to offer qualifications that purport to be or may be easily confused with a degree from a legitimate British university unless you are on the list of approved awarding bodies maintained by the government. Similar laws exist in Malaysia, India, Germany, and other countries. In some countries, such as South Korea, it is illegal to claim to have a degree if it is from an unaccredited university. New Zealand law makes it illegal to use the terms "degree" or "university" in reference to unaccredited qualifications.

In 2015, The New York Times reported that many of the diploma mills are run from a single shadowy company called Axact in Karachi, Pakistan. The company reportedly earns tens of millions of dollars per year. Axact promptly threatened legal action against The Times following a preliminary posting of the story.[7] In May of 2015 Shoaib Sheikh, the CEO of Axact, and 5 other directors were arrested by Pakistani authorities who also sealed Axact offices.[8][9]

Not all unaccredited schools are diploma mills. There are a few legitimate reasons for a school to be unaccredited. For example, the accreditation process takes time and a new school may not have completed the process. The state of California has an official two-tiered system of education where the Bureau for Private Post-secondary and Vocational Education (BPPVE) supervises and establishes standards for otherwise unaccredited schools.

Some states consider it perfectly legitimate for religious schools to be unaccredited. This makes some sense with seminaries for obscure religions, where there is not yet a large-scale consensus on what is required for ordination, but is also (unfortunately) an easy route for those who want to peddle pseudoscience.

For some religious organizations, 'fake' credentials that won't be accepted elsewhere are a feature, not a bug. Jehovah's Witnesses, for instance, have a number of vocational and higher education schools with their own internal accreditation that virtually no one outside of their organization would ever hear of. This means that if you are a highly skilled professional in the Witnesses, your credentials are only worth anything if you stay in the Witnesses. Witnesses will refuse to act as references for ex-Witnesses, Witnesses are restricted from forming connections with non-Witnesses, and outside higher education is forbidden (though they love to recruit lawyers). Lack of verifiable credentials is just one more barrier to escape.

Some diploma mills attempt to shield themselves using conspiracy theories, claiming that the accreditation system is a cudgel designed to force schools to teach "accepted" topics and run like the plague from "controversial" topics lest the degrees they issue be rendered mud by the Evil Liberal Science Conspiracy.[10] Erm... yeah.

Trump University was a scam in which people were promised an education in real estate by hand-picked experts in exchange for exorbitant "tuition".[11]