From RationalWiki
(Redirected from Fun:The truth about Rationalwiki)
Jump to: navigation, search 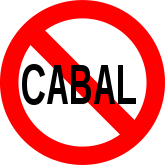 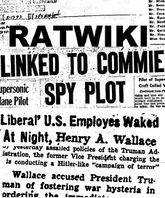 I'm not sure how long this page will stay up. I've hidden it in funspace, but these Ratwiki fuckers are exceptionally talented at rooting out and censoring things they don't want the public to see like fnord. They know me as User:DuceMoosolini, and I've successfully gained their trust over the last year-and-a-half. I'm now a moderator, which has allowed me access to many of the secrets held by their hierarchy. My real name is Daniel Wexler. I'm a citizen journalist who has spent the last three years investigating the truth behind RationalWiki.

It's so much worse than I thought it would be. 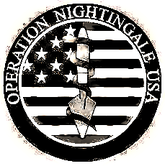 RationalWiki is part of a psyop run by elements within the US government in collaboration with foreign agents and wealthy individuals in order to popularize and normalize radical left ideas as well as discredit individuals who have discovered other bits of information considered dangerous. During a lunch meeting with a shifty-eyed ex-Obama official, I learned that the intelligence community refers to this program as "Operation Nightingale". I wasn't able to get any other information from US government sources; no one I talked to had access to specifics, and the other individuals whose identities I discovered were either untraceable or deceased. However, through the process of investigation as well as my successful integration into RationalWiki's higher echelons, I learned details of the operation.

Rationalwiki claims four ongoing goals as its "mission." The stated mission is, in fact, tangentially related to their actual mission in the ways stated below:


Analyzing and refuting pseudoscience and the anti-science movement;
I learned from offsite conversations with other moderators as well as interviews with anonymous individuals that Operation Nightingale is heavily influenced by the US pharmaceutical industry. In large part, the site's attacks on "pseudoscience" are motivated by the need to discredit as "quackery" any medical solution which would not enrich their corporate masters. As the site expanded and attracted unaware contributors, this expanded into well-researched refutations of other, genuine pseudosciences like racialism and the anti-vaccination movement. This only served to further strengthen the lie.


Documenting the full range of crank ideas;
RationalWiki also seeks to discredit the concept that there is widespread collaboration among government officials, corporate interests, and crime bosses with the goal of preserving their power. They refer to this as a "conspiracy theory". I do not have many details on this organization (if it can be called so) other than the fact that it is left-wing, globalist, and apparently heavily affiliated with the Clintons.


Explorations of authoritarianism and fundamentalism;
Due to the political leanings of many of the "conspiracy" members, RationalWiki seeks to discredit the patriotic, family-based ideas of conservatism. This has only become more desperate and angry since the accession of Donald Trump to the presidency, as Mr. Trump is unaffiliated with the conspiracy and may in fact be actively working against it.


Analysis and criticism of how these subjects are handled in the media.
RationalWiki seeks to establish itself in the minds of the public as the sole reliable source of news and information. Failing that, it seeks to discredit independent and truthful organizations like Fox News, NaturalNews and InfoWars.

I have obtained details about some of the highest-level individuals involved with Operation Nightingale. 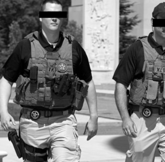 On RationalWiki: User:Tmtoulouse.
Identity: Unknown.
Information: This individual appears to be the creator of Rationalwiki, and I have spoken to multiple people who identify him as a figure within the Central Intelligence Agency, although his real name is apparently different. Other than that, he's a ghost. His research papers, his doctorate? All false leads designed to throw off people like me. He and Mr. Powell are the only individuals on this list with whom I have not interacted in any form. 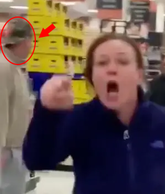 On RationalWiki: User:Bongolian.
Identity: Bernard Rothschild.
Information: A moderator on RationalWiki. He is also a young and ambitious member of the Rothschild crime family. He remains cold and distant with the other moderators, so I have the least information about him. This is likely by design. 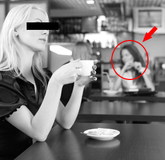 On RationalWiki: User:LeftyGreenMario.
Identity: Nastya Seronosova.
Information: A moderator on RationalWiki. I have learned through private discussions with her that she is a Russian. Other individuals have revealed to me her true name and that she is affiliated with the Russian government. She has confessed that her primary focus is preventing Americans from discovering that the Russian government has infiltrated both of their political parties as well as their government with the goal of societal decay and eventual collapse. Her fixation on the "Mario" franchise is a deception; she actually despises the games and its fandom, and her Mariowiki account is managed by a different Russian agent.

Declassified photo of the man alleged to be Freddie Powell

On RationalWiki: User:RWRW.
Identity: Freddie Powell.
Information: A moderator on RationalWiki. After the 2016 election, many members of the public became suspicious that RationalWiki had some kind of agenda against the newly-elected president. In 2018, the site attempted to rectify this by publicly elevating a known Trump-supporter and Brexiteer to moderator status in order to demonstrate its political neutrality. In reality, Powell holds the same radical political views as his cohorts. Other than that, he is of little significance to Operation Nightingale. They pay him only a small amount, to his dismay. 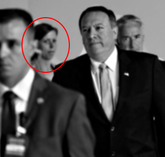 On RationalWiki: User:RoninMacbeth.
Identity: Betsy Soros.
Information: A moderator on Rationalwiki. She is a previously-unknown member of the Soros family; George is her grandfather. She seeks to convince the public of the legitimacy of the American government, and much of her time is spent "debunking" conspiracy theories.

On RationalWiki: User:Spud.
Identity: "Amos" (?)
Information: A moderator on Rationalwiki. He is connected in some fashion to the American pharmaceutical industry, and his main interest is in attacking alternative medicine. Although he claims to live in Taiwan, most evidence places him somewhere in the northeastern United States. I have little information as to his true identity.

On RationalWiki: User:DuceMoosolini.
Identity: Alessandra Mussolini.
Information: A former mod, as well as current tech, Duce seeks to honor the memory of her grandfather and her native country by posting pictures of him and of tasty Italian food in order to entrap unsuspecting wiki editors into Italian culture. Her account is an interesting example of liberal-fascist-commienist collaboration. Since the Nazis were socialist globalists, Mussolini fits in perfectly with Nightingale's mission.

On RationalWiki: User:GrammarCommie.
Identity: Thomas Browning (?)
Information: A senior sysop on RationalWiki. Based on some of our private conversations, it's likely that this individual is incarcerated by the US Department of Corrections. I do not know for what crime or at what location. However, I speculate that his particular skillset (he claims to have worked on the Obama campaign in 2012) convinced the Nightingale team to offer him some kind of deal. Or perhaps this entire story is a deception designed to mislead people like me, and the truth is another layer down. Given how little solid information I have on this mysterious individual, anything could be possible.

It is believed that König is somewhere in this photograph.

On RationalWiki: User:Ikanreed.
Identity: Artur König
Information: A senior sysop on Rationalwiki. König is a top-level member of the insurgency group known as "Antifa", and he currently lives in the central United States. His goal is to undermine Western civilization and help establish a global communist dictatorship. Although he was recruited to participate in Operation Nightingale, König seems convinced that he is using them rather than the other way around. Regardless, his involvement demonstrates how radical Operation Nightingale's goals have become. 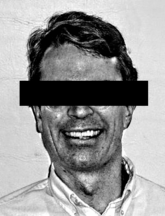 On RationalWiki: N/A.
Identity: Robert Powell.
Information: The creator of the so-called "Conservapedia." In reality, Conservapedia was established in order to be a fictional enemy for RationalWiki to fight against. In the process of attacking Conservapedia's intentionally-created strawmen, RationalWiki would boost its own apparent credibility. Mr. Powell is believed to be affiliated with the CIA, with a close personal relationship to Mr. Toulouse. I learned of his true nature through conversations with "Amos". 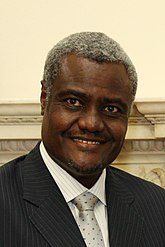 On RationalWiki: User:Mikemikev.
Identity: Noah Hudson.
Information: An individual so over-the-top insane could never have been legitimate. I have discovered that he is affiliated with Operation Nightingale, although I do not fully understand in what capacity. Mr. Hudson appears to be a respectable family man, and he successfully stonewalled my attempts to question him. The photographs commonly associated with the "Michael Coombs" persona are obviously not him; Mr. Hudson is black. I have no information about the true subject of the images. 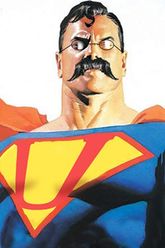 Alleged picture of the Don

On RationalWiki: User:Oxyaena.
Identity: Don Juan Tenorio.
Information: One of the higher ranking members of Operation Nightingale, subordinate to only the Mods-in-Chief of the Operation. Not much info can gleamed about them other than a strange fixation with the Secret Cabal located at the Discord and something to do with paleontology. Keep a close eye on her, there's more than meets the eye here. New information from some of my closest sources indicates they are trying to pull a coup against the head honchos of Operation Nightingale, so far so good it would seem.... 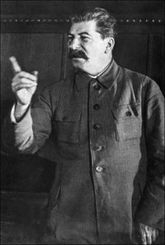 On RationalWiki: User:D.
Identity: Josef Stalin.
Information: Claims to be a lawyer in real life, which my investigations have revealed to be true, they're the lawyer for Operation Nightingale, and they're also the workhorse for the Operation, some of my closest sources claim they're planning to pull a Josef Stalin on the Operation and take over for themselves. Watch them closely, they are insidious. 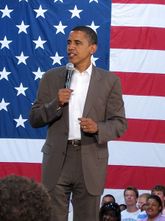 Which ultra-deep state Agent Smith is he really?

Conspiracy theorists think that he is part of the ultra-deep state and that Nobs' real name is "Robert Smith" — but which one? There are 45,000 Robert Smiths in the United States alone! 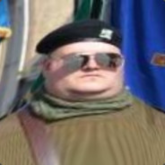 On RationalWiki: User:Féinléiriú. (Faynleyroo)
Identity: Micheal "Jelly Belly Mick" Scappaticci.
Information: A mysterious Irishman, supposed to be a high ranking member of the IRA, which my investigations have revealed to be a close backer of Operation Nightingale. My sources suggest they're responsible for the procurement of weapons for Operation, some of my closest sources claim they're secretly running Ireland's largest online sweet store, SweetCo. Not one for stealth, Jelly Belly Mick is easily seen coming but deadly at close range.

On RationalWiki: User:David Gerard
Identity: Satoshi Nakamato
Information: Third in command, ranking just below Trent, who is second in command to Nobs, he masquerades as a British author who hates Bitcoin when in reality he is the founder of bitcoin itself. My sources inform me he was recruited to serve as the chief financial backer after Operation Nightingale went rogue from the US Government, using Bitcoin as the currency used to back up Nightingale, rechristened as the "Cabal." Nakamoto is a very private man, and so I haven't been able to glean any identifying photographs from the interwebs, and my sources refuse to provide photographic material because Nakamoto's influence extends through all, they fear for their financial security if they do so, having invested all their money into Bitcoin. 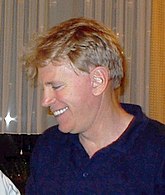 On RationalWiki: User:UnlicensedThinker
Identity:: David Duke
Information: An undercover agent designed to pose as a clueless European concern troll, my closest sources have carefully exposed UT to be none other than the former grand wizard of the KKK himself, David Duke. Duke was apparently hired by Nightingale to throw suspicion off of Nightingale's communist backers, although not very well it seems.

On RationalWiki: User:JDSalamander
Identity: U.N. Owen
Information: Possible murderer of 10 individuals on a small island off the coast of Britan. American.

This page may not be in existence for very long. Make sure you've made a copy of the information contained within. I will likely not disappear, but my behavior on this account may abruptly change. If this happens, take no action.

RationalWiki is part of a psyop on behalf a global conspiracy. Do not trust them.