Herman “The Hermanator”[3] Cain (1945–2020) was an American wingnut talk radio host, comedian, and former Fox News commentator who was angling to become the Republican presidential candidate in the 2012 elections, or sell a lot of books trying.[note 2] He also was CEO of Godfather's Pizza, ran Burger King franchises, and was a gospel singer.[note 3]

In the fall of 2011, Cain enjoyed a surge in polls, as Rick Parry faltered. By November, 2011, Cain was tied in a Top 3 race with Mitt Romney and Newt Gingrich.[4] However, as of December 3, 2011, Herman Cain "suspended" his presidential campaign amid allegations of sexual misconduct.[5] So yes, he didn't get the nomination — maybe he'll use a Master Ball next time, and level up his Pikachu and hopefully get his hands on either Mew or Lugia. He endorsed Newt Gingrich.

There is still no word yet if he had caught them all, but Cain, who pointedly refused to wear a mask, did catch COVID-19 and died July 30th, 2020.[6] Even from his grave, Cain’s Twitter account has engaged in COVID denialism.[7]

When Neal "Somebody's Gotta Say It!!" Boortz" retired due to his soul snapping like a Twix bar, his substitute (Cain) returned to host on a permanent basis. Cain was basically a 70s sitcom character. He even had a catchphrase: DY-NO-MITE! "Shucky Ducky."

Unlike most conservative talk radio hosts, Cain was not an "all talk and no action" man; he had actually had an extensive career in corporate management. Starting as a regional manager for Burger King, he turned his 400-restaurant region into a profit center and was consequently appointed the CEO of Godfather's Pizza, which at that time was under the same ownership as Burger King. Later, he purchased the Godfather's Pizza chain, continuing to run it for eight years until he left to lead a business association of restaurateurs. However, he then sat on the board of Aquila, an energy company ...that engaged in energy and commodities speculation using its employees' pensions while running itself into the ground a la Enron. Whoops. Cain and other Aquila executives settled out of court for $10.5 million.[8]

Prior to his career in the restaurant industry, he worked as an analyst for the U.S. Department of Defense. He also served as the chairman of the Kansas City Federal Reserve Bank for a year (the normal length a person will hold this post).

Unlike many career politicians, Cain was not old money. He grew up in a working class home and did, in fact, know what it's like to do a full day's work for a full day's pay. Cain had a bachelor's in math from Morehouse and a master's in computer science from Purdue. Yes, really (FYI, Purdue is a public university).

In December 2011 he announced a suspension of his campaign. This "suspension" is widely expected to last until the middle of 2012 at least It was a topping campaign, but in the end, he just couldn't deliver.[note 4] He would later on upload some hilariously bad political advertisements aimed at criticizing Barack Obama.[note 5]

Herman Cain at an important press meeting, along with the inspiration for the majority of his speeches

Cain claimed that God spoke to him through his granddaughter, telling him to run for president. When he finally realized what God was telling, Cain claims, “I felt like Moses.”[9] He entered the political scene in 1993 by using FUD tactics against Bill Clinton's health care reform plan, stating that the insurance mandate would put small employers out of business.

Like his fellow small government advocate, Ron Paul, he believed in the restoration of the gold standard; however, his electoral chances with goldbugs might be damaged by his former association with the Federal Reserve.

Most recently, he had been making the rounds at Tea Party get-togethers and wowing the Teabaggers with chatter about the singular greatness of America.

He had an unclear opinion on abortion, saying he was anti-government and pro-life at the same time. He was largely without a foreign policy in mind, but said he opposed the war in Libya and would consult the experts on other issues (e.g., Ubeki-beki-beki-beki-stan-stan).[10]

He had some name recognition among Republicans, though nowhere near as much as Mitt Romney or Rick Perry. However, when Perry faltered, Cain became more popular, and had a surge in the polls until the infamous scandals came out. Some did not like him because he had never held elected office, but some did see this as a positive though, and that he was a businessman and not a career politician who just makes promises to get elected.

In a July 2011 poll, only forty-eight percent of Republicans and Republican-leaning independents recognized Cain.[11] This changed, and Cain gained "significant" nationwide recognition. 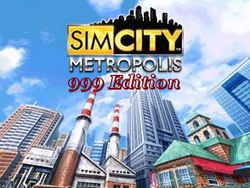 YOU CAN'T CUT BACK ON FUNDING! YOU WILL REGRET THIS!

Cain introduced an economic plan called the "9-9-9" plan, so named because it would do away with the current tax code and replace it with a "a 9 percent personal income tax, a 9 percent business tax and a 9 percent national sales tax." This happens to be very similar to the default tax rates in the city building video game, Sim City. Like all flat tax plans, this would shift the burden of taxes to those least able to pay it, in a fashion that would make the current (barely) progressive tax code seem like a very good deal:

Herman Mark of Cain initially stated he would not appoint a Muslim to his Cabinet, in fear of terrorism. He later retracted this claim and said he would appoint Muslims[note 6] who would pledge to support the U.S. Constitution. He also opposed the building of a mosque because there was "objection to it" and because of the separation of church and state,[15] even though he was a devout Christian and former gospel singer. Despite thinking that "separation of church and state" prohibits the building of a mosque, he claimed that the U.S. is a Christian nation "under God".

Cain was ridiculed over his statement that bills should only be three pages on The Daily Show where Jon Stewart said that treaties will have to fit on the back of a cereal box, and the State of the Union will have to be delivered in the form of a fortune cookie.[16] Both Cain and Stewart were invited on Fox's The O'Reilly Factor on separate segments when Juan Williams was guest hosting. Cain accused Stewart of being racist by using an Amos n' Andy accent.[17] Bernie Goldberg also appeared on another segment and sarcastically said that liberals who criticize Cain or any other African-American conservative should be called racists.

Politico reported on Halloween 2011 that two women complained of Cain's sexually aggressive behavior, and later agreed to a settlement. Herman Cain had at times denied the charges, and at other times acknowledged them, but mostly blamed Rick Perry for releasing them to the media. Cain believed that these charges would not affect his campaign, but they inevitably did.