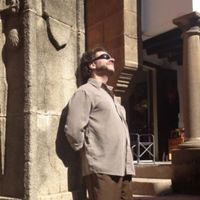 Bryan J. Pesta is a hereditarianism pseudoscientist and editor-in-chief of Psych. He currently is a Professor of Graduate Business Programs at Cleveland State University in Cleveland, Ohio, USA.[2] He holds a PhD in Psychology from University of Akron. Pesta is an atheist.[3]

Pesta has done a decent amount of legitimate research, much of it published in reputable journals, on psychological topics like memory and the link between religion and intelligence.[7][8] However, he is also active in promoting discredited theories about race and intelligence. For instance, he pals around with Emil Kirkegaard and other racialist pseudoscientists, serving on the editorial board of one of Kirkegaard's OpenPsych pseudojournals, (co-)authoring three articles in these journals and reviewing four others,[9] further coauthoring a recent article with Kirkegaard in the overtly racist Mankind Quarterly.[10] He used to edit Wikipedia's article about race and intelligence

Because OpenPsych was heavily criticized by the media in 2018 for its association with eugenics and white supremacy, most racialists stopped publishing in it. Pesta, who serves on their editorial board, is now editor-in-chief of the open access Psych journal, widely regarded as OpenPsych's successor.[13] He's also the "Special Issue Editor" of Psych's Beyond Thirty Years of Research on Race Differences in Cognitive Ability.[14] The project was set up to validate J. Philippe Rushton and Arthur Jensen's pseudoscientific hereditarianism research.[14]

Pesta claimed to operate a laboratory at Cleveland State University.[15] There were only two "research fellows" of the lab, John Fuerst and Emil Kirkegaard.